"This is a highly charged topic," said Brian, an L&I employee who was afraid to have his last name published. He performs mask spot checks at Washington businesses. 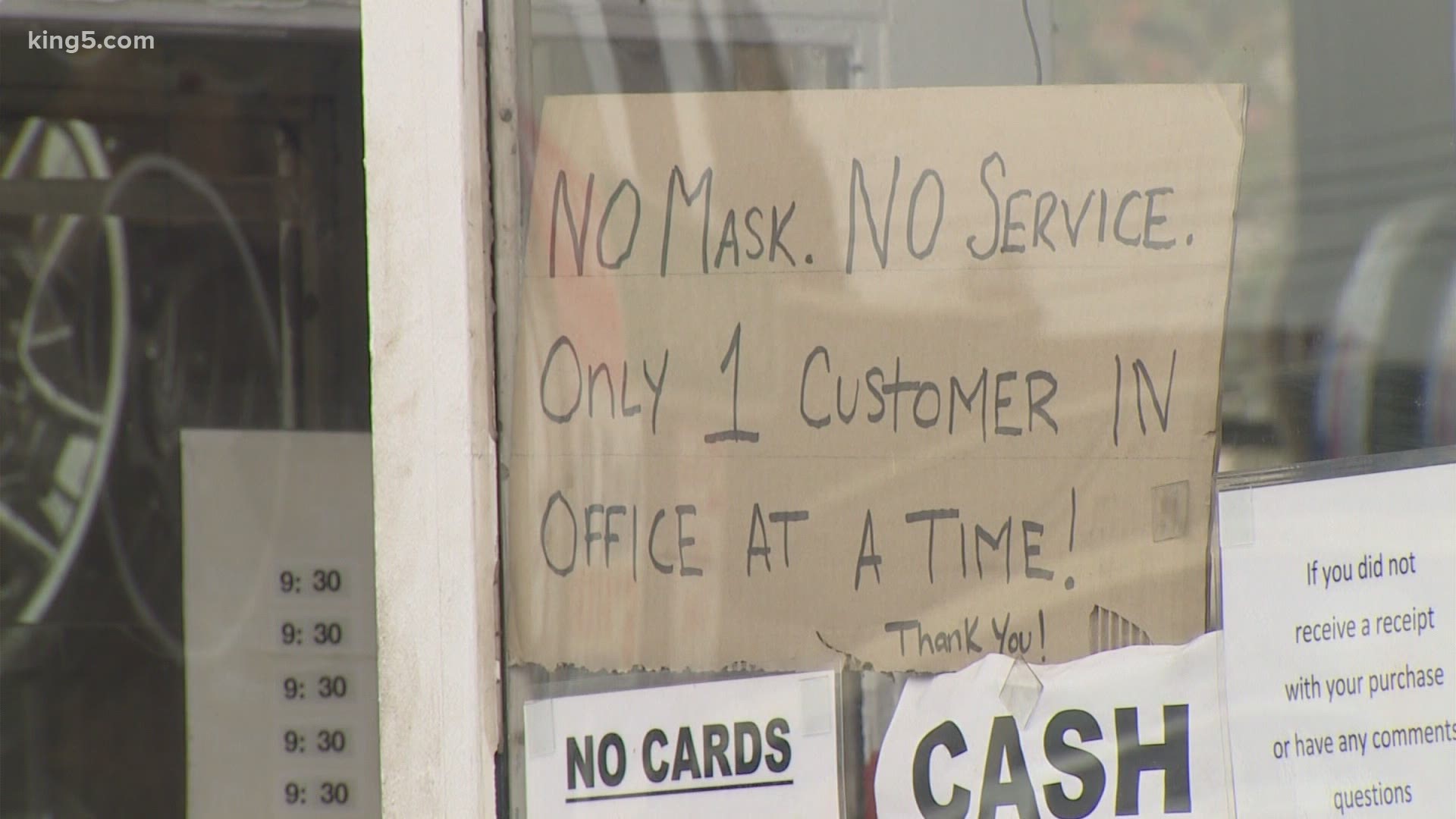 TACOMA, Wash. — State investigators have fined 11 Washington businesses for allegedly failing to enforce portions of the state’s face mask mandate, according to a release Wednesday from the Department of Labor & Industries (L&I).

Mail Express Business Center in Enumclaw got the largest fine, $7,500.

Investigators determined customers and employees there were not wearing masks and no signs were posted about the mandate, officials said.

According to L&I, the owner told investigators she did not enforce masking because, "she did not want to be an unpaid agent of the government."

"There are threats that have been made, there is a significant security concern," said Brian, an L&I employee who was afraid to have his last name published. He performs face mask spot checks at businesses in western Washington, saying it's like "undercover shopping."

"It is dangerous," said Brian, "This is a highly charged topic."

Brian said the overwhelming majority of businesses named in complaints turned out to be in compliance, or quickly made changes to follow the mandate.

To see the full release from L&I, click here or read below:

If Brian visits a location and notices a problem, the business is supposed to then receive a phone call and a cease and desist letter from the state.

If the company continues to fail to follow the mandate, a full investigation is conducted before any fines are issued, according to an L&I spokesperson.

Investigators said they have received thousands of complaints about businesses not following the mask mandate since it went into effect in July.

For questions about the mandate, or to file a complaint, click here.