While travel in Washington state didn't increase as much as it did nationally, airport and traffic data show that many people didn't stay home for the holiday. 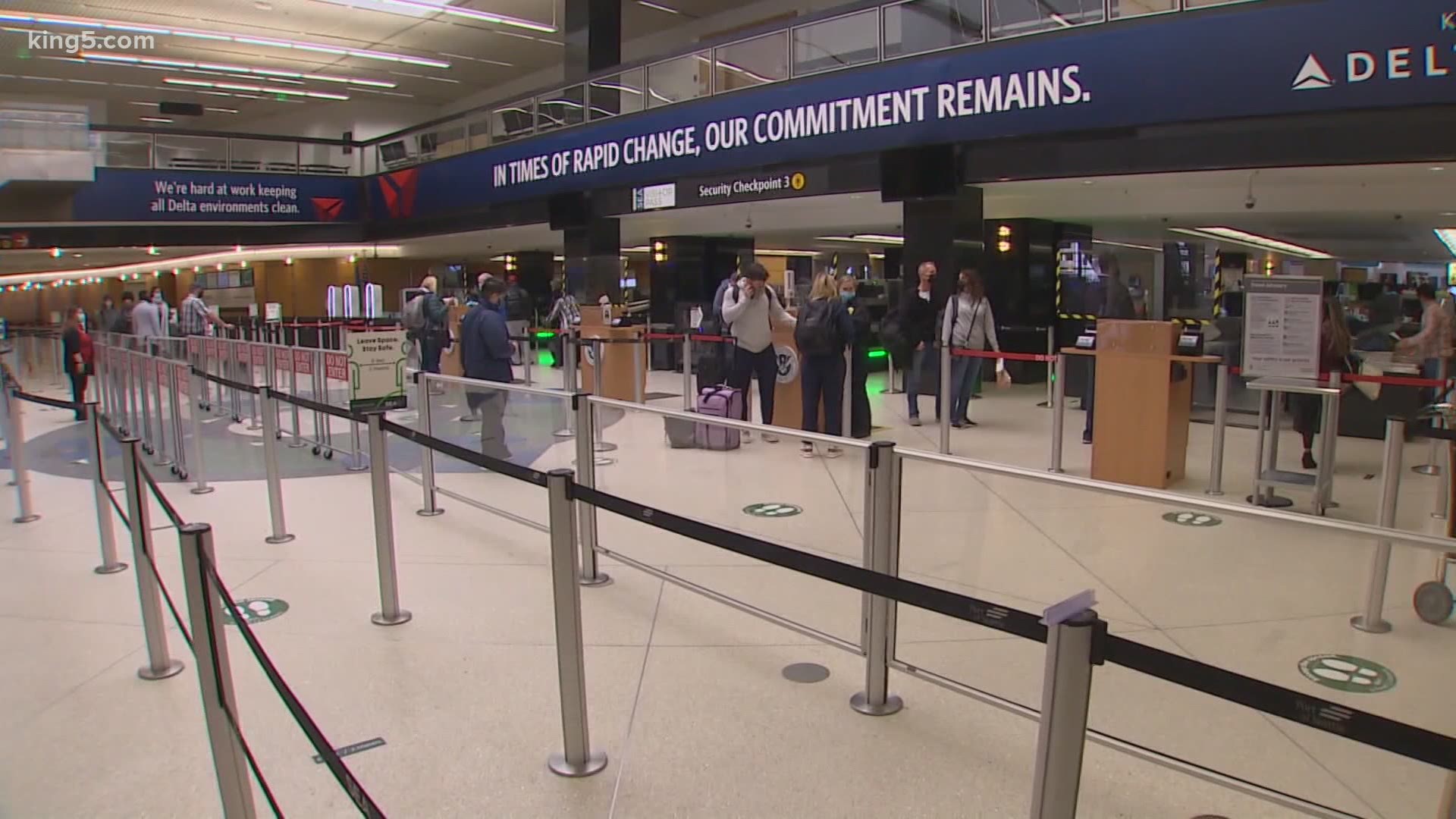 SEATTLE — As exhausted health care workers across the country look at the number of cases they can expect in the post-Thanksgiving weeks, the question isn’t whether there will be a wave, the question is how high.

“For us, it’s not as bad,” said Ali Mokdad, of the University of Washington Medical School's Institute for Health Metrics and Evaluation (IHME).

The reason it may not be as bad is that travel in Washington state did not rise as high as other parts of the country.

Nationally, the Transportation Security Administration (TSA) reported that nearly 1.2 million people went through U.S. airports on Sunday. That's the highest number since the coronavirus pandemic gripped the country back in March.

The TSA screened at least 1 million people on four of the last 10 days through Sunday. But that's still far lower than normal. Last year, airport crowds often topped 2 million people per day over the Thanksgiving period.

But airport and road data show that while many Washingtonians hit the road, it wasn't as much as expected.

Mokdad attributed that partially to Gov. Jay Inslee's advisory to not travel.

People may have heeded those warnings here. TSA numbers suggest that passengers checking onto flights leaving Sea-Tac International Airport were well below even revised projections of around 25,000 passengers for the Wednesday before Thanksgiving.

Those revised projections were down from the original forecast of a 45% spike in travel over the recent passenger totals that had rebounded to about 18,000 to 20,000 departures a day.

Double those numbers and you get a fuller picture of arrivals and departures through Sea-Tac Airport.

The Washington State Department of Transportation dashboard showed that on the typically busy Sunday closing out the holiday, car travel was down 22% on average from the same date in 2019. Some areas, including Interstate 405 through Renton, were off 30% or more.

But that still means that plenty of people were traveling. And in some places there were crowds. One viewer sent us pictures from a busy Leavenworth, though most people were wearing masks.

Mokdad said symptoms start about five to seven days after infections. IMHE finds that deaths tend to follow infection by 17 to 21 days.

“So, hospitalizations. We will see a spike starting this Thursday for a week,” said Mokdad. “Next week we find all that has happened in that Thanksgiving week, and then one week later is when we’ll find the impacts on deaths.”