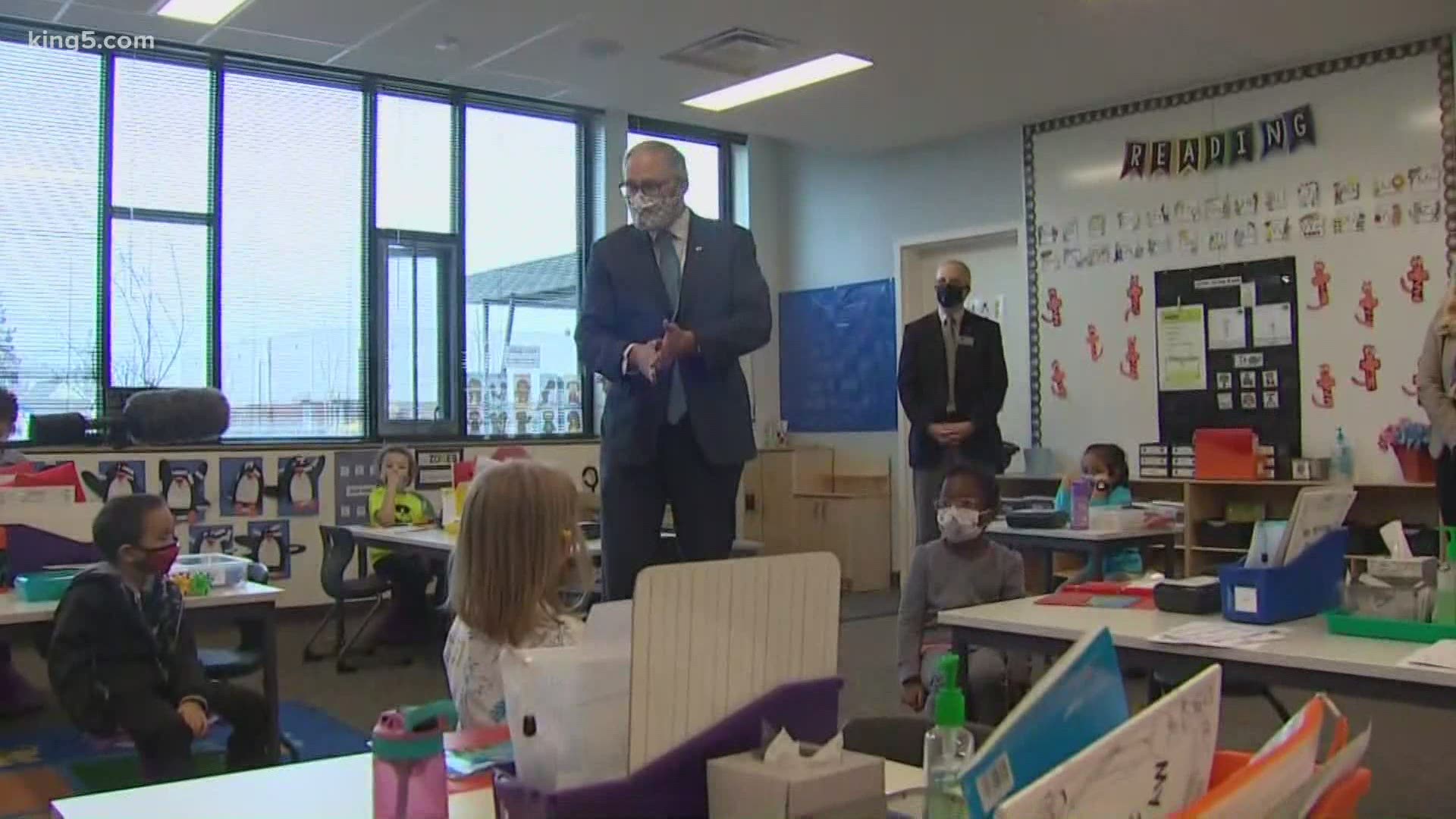 The comments came following a tour of Puyallup's Firgrove Elementary School on Thursday — his second public school tour this month, in another attempt to encourage districts to bring students back on campus.

Firgrove has had students on hybrid in-person and remote schedules since January. Currently, kindergarteners through ninth-graders are back at Puyallup school campuses.

The Puyallup School District plans on offering some level of in-person education to all of its students by March 2.

According to the Office of the Superintendent of Public Instruction, about 30% of students statewide are now receiving some kind of in-the-classroom instruction.

In-person class doesn't look the same as it did before the pandemic.

In Puyallup the district reduced the number of students in each class, the desks are separated, the use of hand sanitizer and masks is mandatory, and anyone who comes on campus must answer a daily health survey.

“All over the state of Washington we have proved, beyond any shadow of doubt, that we are capable of educating our kids the way they should be educated, which is onsite,” said Inslee, D-Washington.

The state’s teachers’ union, the Washington Education Association, wants teachers vaccinated before sending them back into the classroom.

Inslee maintains health care workers and citizens over 65 need to receive vaccines before anyone else.

"I know teachers don't want to think we're going to throw grandmother under the bus here,” Inslee said. “We need to finish vaccinating our older population because they’re nine out of ten fatalities we’ve experienced.”

Teachers are in the next phase of people set to receive the vaccine.

Legislators just approved a plan to spend more than half a billion dollars to help schools deal with COVID-19.

KING 5 asked Inslee if districts that have students return to in-person learning might get more funding than those that chose to stay remote. Inslee said such a plan is in the works.

"Not at the moment, but the Superintendent of Public Instruction has said that he is going to need reopening plans to be able to finance schools with additional dollars," Inslee said.

School districts have until March 1 to apply for that next round of COVID-19 relief funding.

A spokesperson for Superintendent of Public Instruction Chris Reykdal said districts that don’t submit dates for returning students to campus may not get any funding. 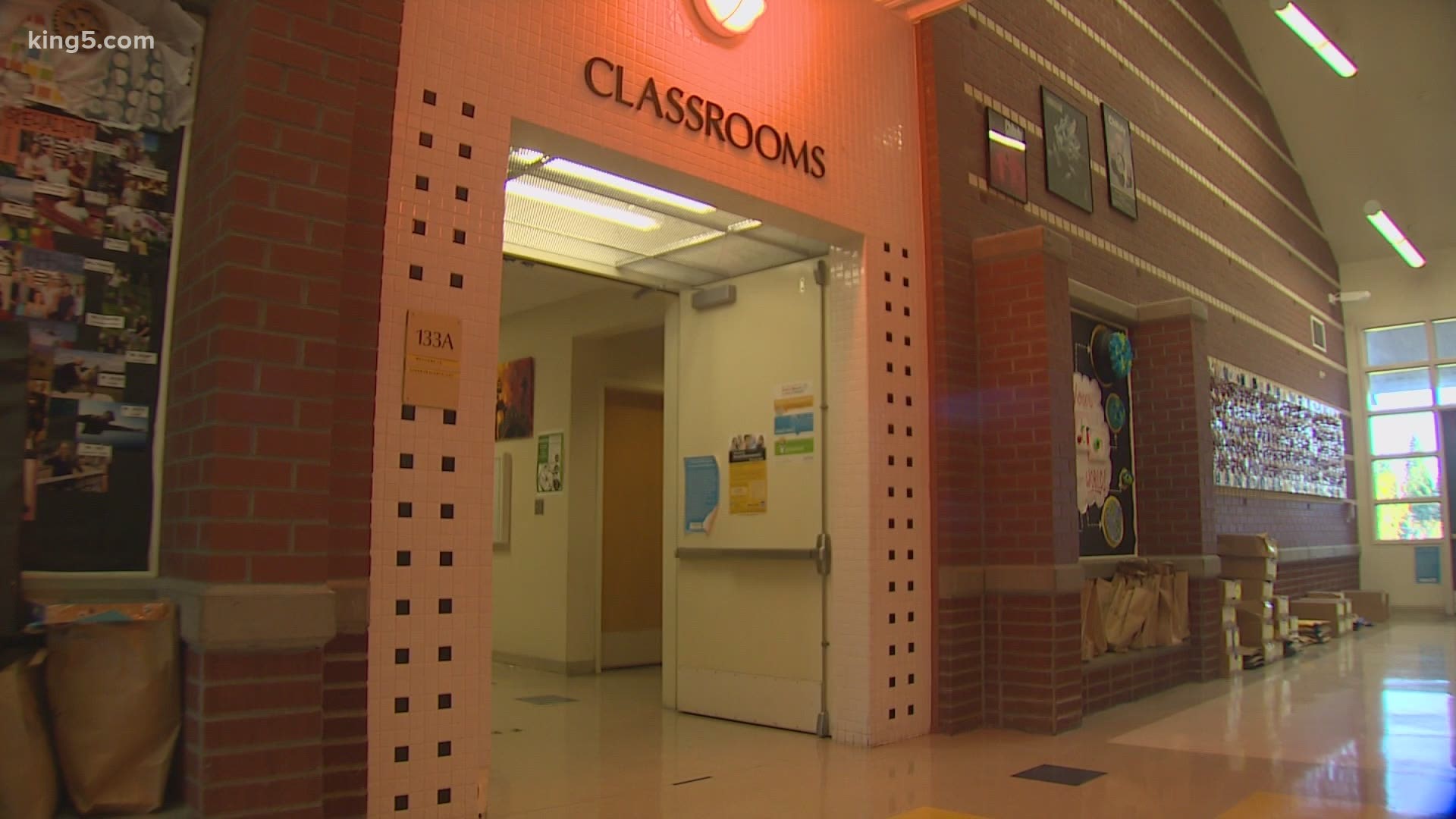