Washington residents continue to struggle to get unemployment checks

It's not just those who are filing new unemployment claims who are being affected by the issues slowing down the Washington Employment Security Department. 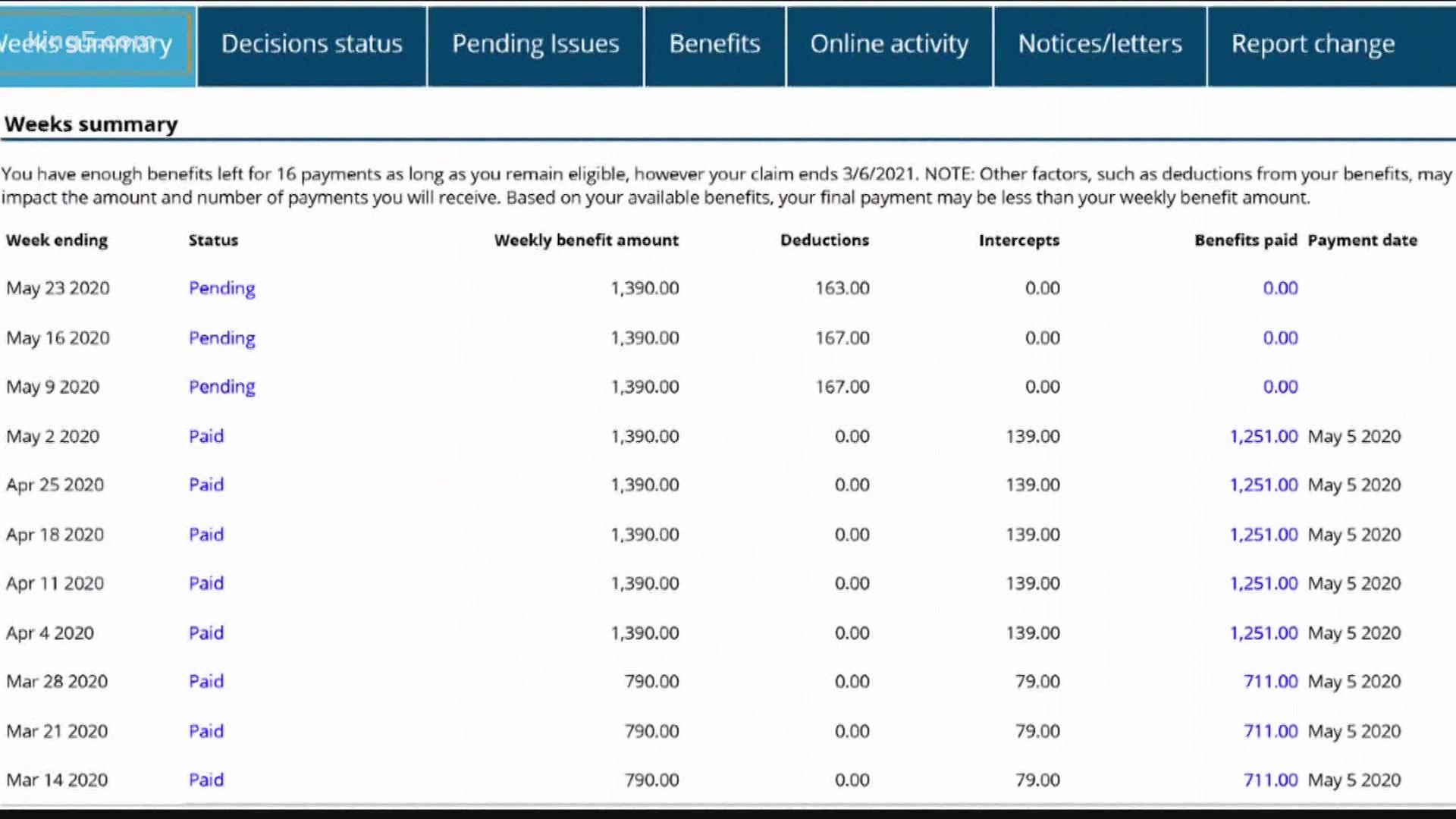 Some people receiving Washington state unemployment benefits said the agency continues to struggle. Even those who were on unemployment well before claims swelled with COVID-19 driven layoffs.

“Things were chugging along no problem, then all of these hiccups came,” said Joe Zaccaria, of Everson.

The security consultant, who has worked on big projects like the Los Angeles International Airport, said except for a two-week job in March, ironically to help with COVID-19 planning, he’s been on state unemployment since last fall when the LAX job ended.

Zaccaria files a claim every week, usually just after midnight Saturday night. He and others have said the system was reliable before the crisis.

There is little doubt that Washington’s Employment Security Department (ESD) has been slammed with new claims.

The department hired hundreds of new workers to process claims, upgraded its computer system, and other steps in anticipation of the flood of new claims brought on by the economic crisis that followed the coronavirus pandemic.

Then the ESD was socked with hundreds of millions of dollars in fraud, much of it from overseas hackers, which caused the department to require more diligence in approving new claims.

But people told KING 5 the state has been asking people who’ve already had claims to provide even more documentation to verify who they are.

Faith Hansen said her husband who’s been on unemployment was asked for more information.

“There should be no problem verifying his information at all!” Hansen wrote. “It has already been 3 weeks! We can’t sit and starve. Please help.”

“Then two weeks ago I was asked to verify my ID, which I did immediately. I haven’t seen any money since,” he wrote.

RELATED: Tips for Uber, Lyft drivers to get Washington unemployment

Zaccaria said he was told he would receive the extra $600 a week in federal help and is still waiting for retroactive payments for the weeks that he filed. He is frustrated that the money has arrived at different times and in different amounts.

“I’m sure state workers and everyone else appreciates being paid on the same date,” he said. “And it’s become very difficult, to point where now I’m being dinged by my bank for overdraft fees because the unemployment [check] is not there from Employment Security.”