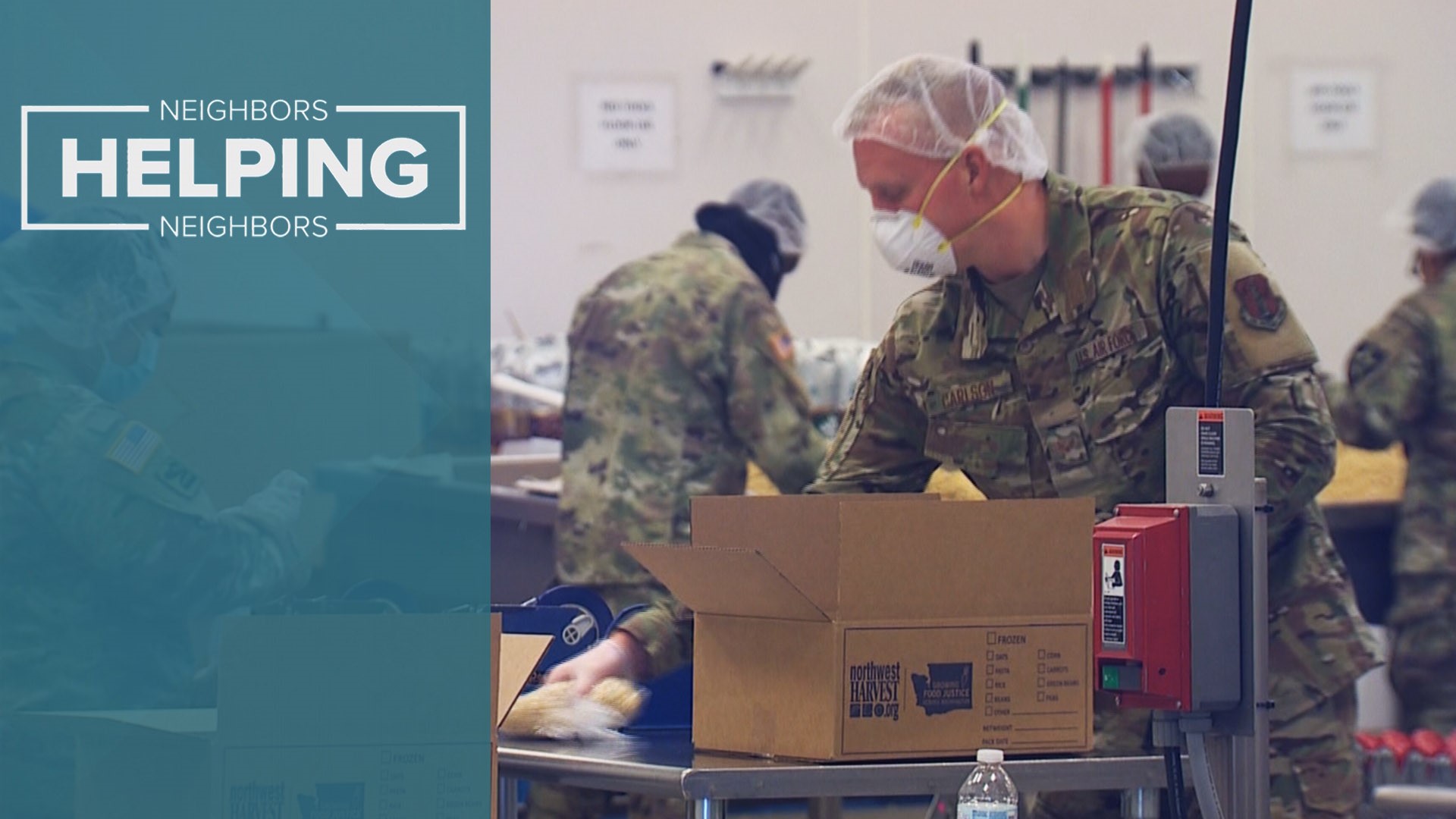 KENT, Wash — Hundreds of Washington National Guard soldiers have been deployed throughout the state to assist during the coronavirus crisis.

A total of 380 soldiers have been working at 37 locations around Washington, according to National Guard officials. Of those soldiers, 30 are spending their days at the Northwest Harvest warehouse in Kent packing emergency food boxes for delivery to food banks across the state.

According to Northwest Harvest CEO Thomas Reynolds, the number of people in Washington who need access to emergency food has nearly doubled, from 800,000 to almost 1.6 million.

“This is probably the most significant emergency that Washington state has experienced in the last five decades,” said Reynolds.

Food donations have dropped around the state and volunteers, many of whom are older, have been unable to work due to the governor’s stay at home order. Reynolds said the conditions forced Northwest Harvest to adapt quickly.

“We were able to take the food that KING 5 viewers and Safeway and Albertson’s shoppers provided to Home Team Harvest, and we launched our COVID response with that food,” he said.

Now, Northwest Harvest has shifted its focus to providing emergency food boxes for those in need. Instead of hundreds of civilian volunteers, the warehouse is staffed with just over two dozen uniformed soldiers.

Last week, the soldiers managed to pack 10,000 emergency boxes of food, which were then delivered to food banks around the state.

“What I tell [the soldiers] is, ‘This is your generation’s 9/11,’” said Brigadier General Bryan Grenon of the National Guard.

“We’ve got our federal mission, which is to go and fight the nation’s war. The other part of that is to support the communities and this is what we’re doing here,” said Grenon.

The soldiers work eight hours a day, wearing gloves and masks and practicing social distancing inside the warehouse. They were screened for COVID-19 before coming to the facility and continue to be screened daily.

Reynolds said Northwest Harvest was working on acquiring more warehouse space and enlisting more National Guard soldiers to try to increase the number of emergency boxes filled weekly to 80,000, which he said would feed 800,000 people.

RELATED: Washington residents on food assistance will get extra money during coronavirus crisis