Some Democratic lawmakers and the Washington Hospitality Association sent letters to Gov. Jay Inslee asking him to reconsider the new restrictions on restaurants. 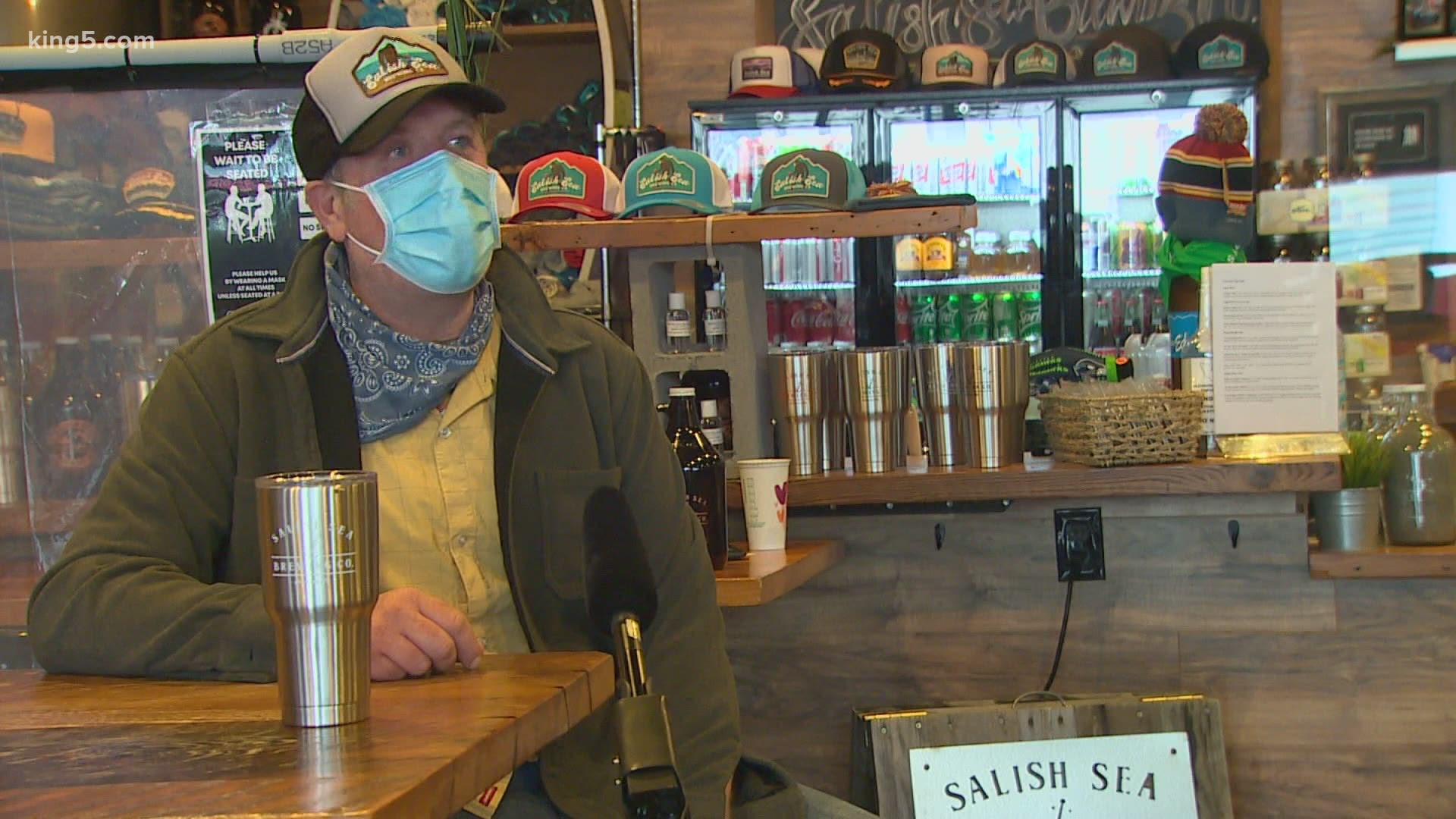 OLYMPIA, Wash. — A group of Democratic lawmakers and a hospitality association are asking Washington state Gov. Jay Inslee to reconsider his four-week ban on indoor dining.

On Wednesday, the Washington Hospitality Association, a trade group that represents more than 6,000 members of the lodging and restaurant industry, wrote a letter to Inslee saying the latest restrictions meant to stem rising cases of the coronavirus “will mean 100,000 families or more will lose their income right before the holidays.”

Democratic lawmakers wrote a letter to Inslee asking him to consider replacing the ban on indoor dining with stricter limits on how many people can be served.

Gov. Inslee's new restrictions went into effect this week and put a stop to all indoor dining at restaurants and bars. Outdoor dining and to-go service is permitted, but outdoor dining is limited to five people per table.

The restrictions have put additional strain on the already struggling restaurant industry.

KING 5 reached out to the governor's office regarding this topic and a spokesperson confirmed they are aware of the letters and that Gov. Inslee has been meeting with legislators about his decision-making.

The spokesperson also said in a statement, "We are strongly persuaded by the science of COVID-19. Beyond the published science on outbreaks at restaurants, we know both anecdotally and based on how the virus spreads that it’s clear indoor situations where people aren’t wearing masks (restaurants) or are creating a lot of aerosolized particles through heavy breathing (working out) are inherently higher risk."