Ice rinks have been shut completely with Washington's renewed restrictions on indoor fitness facilities sparked by a recent statewide surge in coronavirus cases. 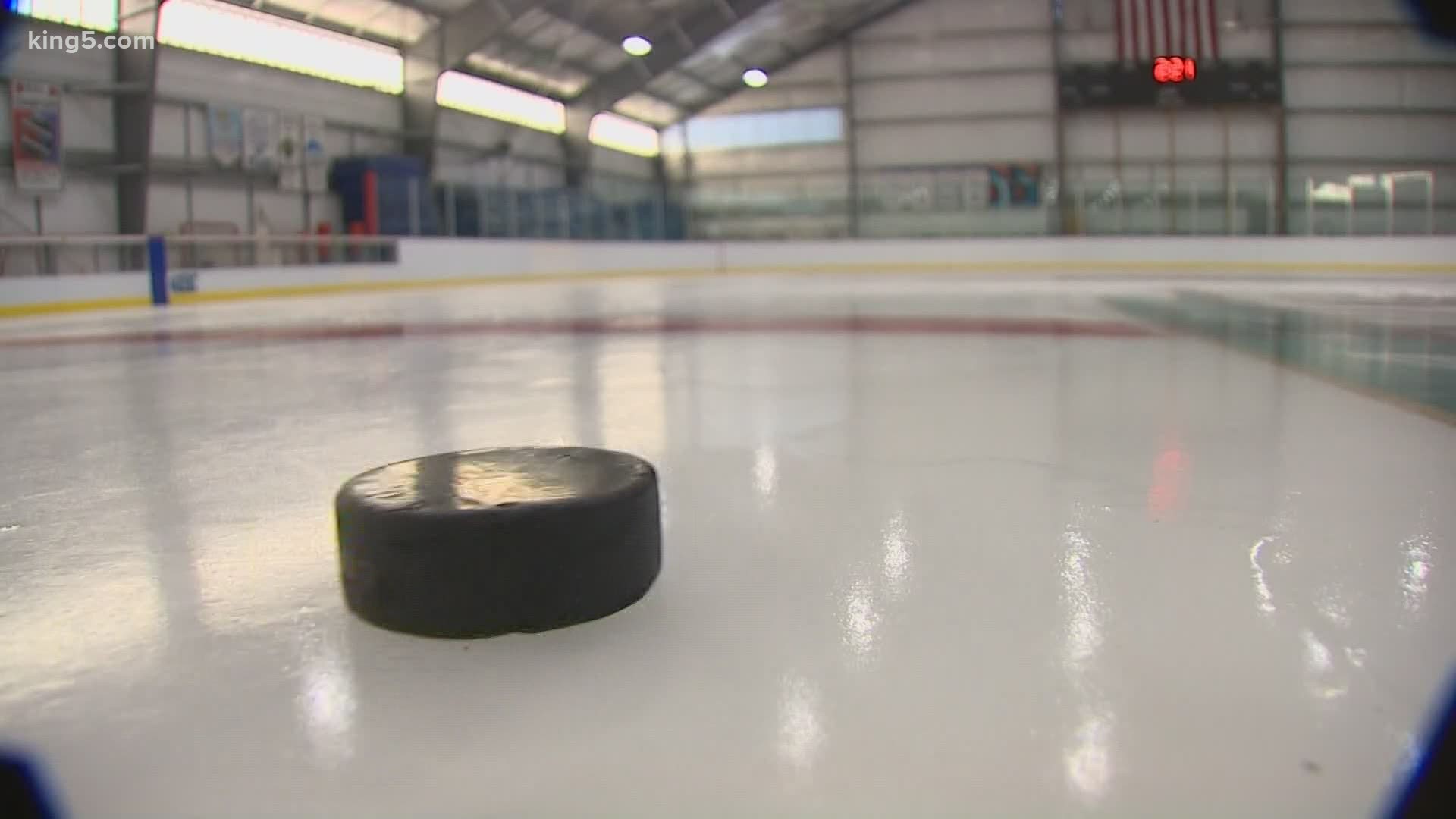 She and her husband long dreamed of a building like this one, complete with locker rooms, two sheets, and a restaurant as well. But the pandemic has turned some of their plans into a nightmare.

Kaufman installed the last piece of glass on one of the rinks on Feb. 28.

Later that day, local health leaders announced the first COVID-19 death in the country, and the business has been trying to adapt ever since.

"This is not a small space," she said about the 53,000 square foot facility. "We were open from June through November and we were safe, no outbreak, no issues, mindful of our schedules."

She said her staff took extra precautions with cleaning and by reinforcing the giant dehumidifier to keep the air quality safe as well.

Yet, Gov. Jay Inslee's new restrictions put a crimp in their plans, stopping any sort of small practices.

In the past, dozens of youth and adult teams have used Tacoma Twin Rinks, or the facility across town that preceded it.

The same holds true at other rinks across the region.

Ian Armstrong is the General Manager of the Olympic View Arena in Mountlake Terrace, and said he's had to lay off his staff since the announcement in November.

Normally, Armstrong said ice time was $400 an hour for a team, with the idea that the facility has $275-$300 in hourly operating costs.

He said his staff was taking extra precautions with disinfecting spaces between every small group that came in prior to the governor's decision.

Adding to it all, both Armstrong and Kaufman said the cost of maintaining the ice with so much uncertainty leaves them in a bind.

The ice manufacturing equipment, and electricity costs $18,000 to $20,000 a month to operate, and it would be more expensive to shut it down and rebuild at a later date.

PPP loans and grants have been exhausted to this point, they both said.

"The situation is dire, is bad, every rink is struggling, every rink is trying to figure out a way to survive this," said Andy Cole, who runs the Greater Seattle Hockey League.

He said there are 29 rinks around the state, and only two are outside.

The indoor rinks all make their money during the key winter months, and have no option to move activity outdoors.

"They don't have any way to pivot and find out other sources of revenue, there is no revenue," he said.

The NHL's Seattle Kraken have a vested interest in keeping the ice community afloat, and growing the sport before they officially launch in 2021.

The organization has picked up the puck with a fundraiser aimed at saving the community rinks and organizations. This past week, it launched a drive that involves the sale of the first Kraken jerseys, signed by Kraken General Manager Ron Francis.

Each is going for $1,500, with the proceeds going to the rinks and youth associations.

Kaufman said it will help, but she's also asking the governor to at least consider allowing limited practices later this month.

"I can't take my rink outside to do outdoor take out, I can't go down 25% like salons or retail, so we're completely shut. We don't even have any opportunity to anything inside this space," she said. "We just want the sliver of openness like all the other businesses that has the ability."