Health officials announced the next phase of the vaccine rollout, known as Phase 1B, will be on an accelerated timeline. 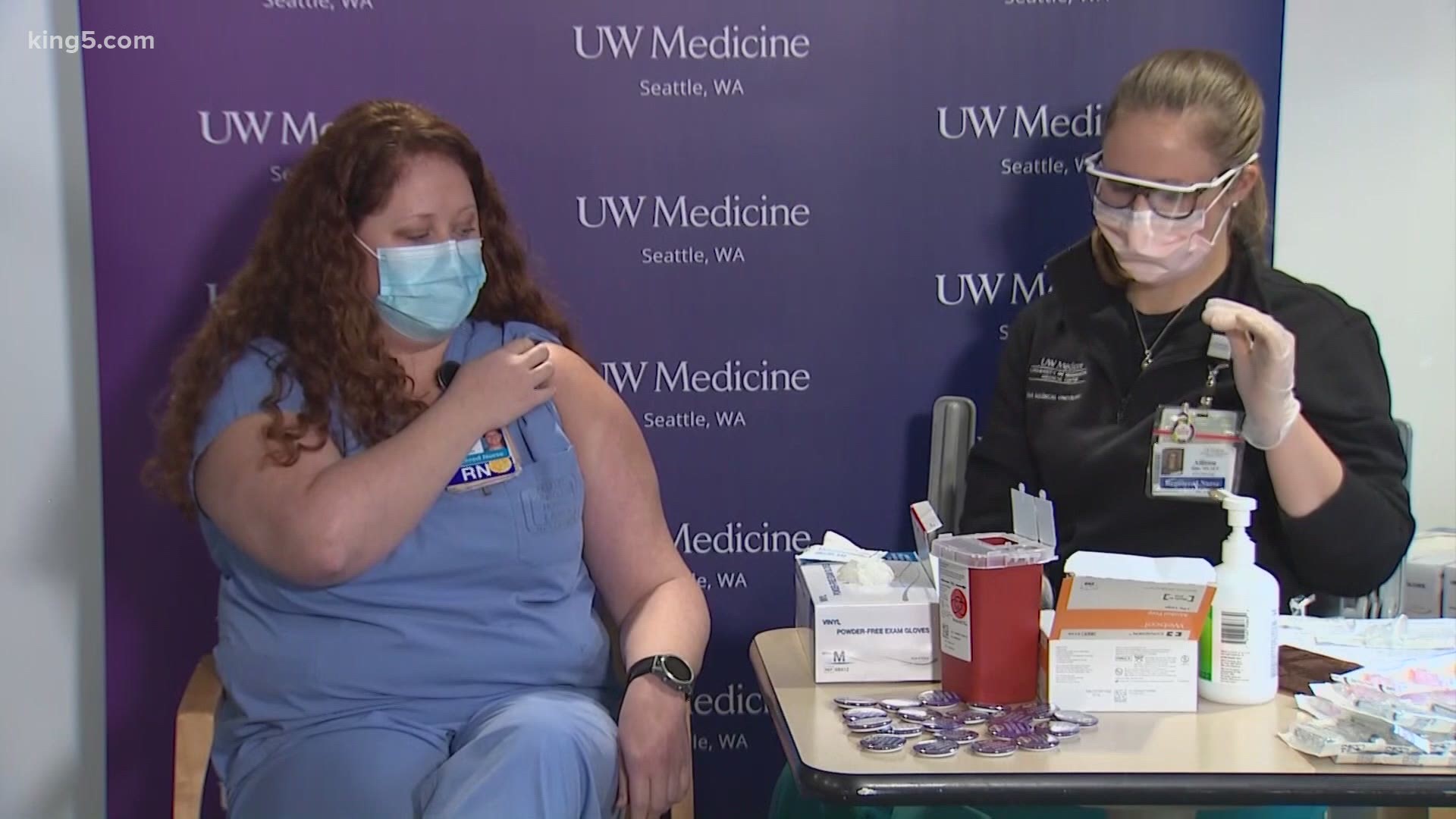 Washington health officials said Wednesday that the state would accelerate the timeline of the next vaccine phase.

Officials announced that the next phase of the vaccine rollout, known as Phase 1B, will be on an accelerated timeline. Officials said the state will move into its next phase of COVID-19 vaccination sooner than expected and will begin inoculating people aged 70 years and older.

DOH has not yet said when Phase 1B will begin, but it should be in the coming days.

During Phase 1A, both doses of more than 201,000 vaccines were distributed to frontline medical workers, high-risk first responders and residents and staff of long-term care facilities, state health officials said Wednesday.

Shah acknowledged that the state's initial vaccine distribution has not been as swift as he hoped.

Last week, the department unveiled the next priority groups for coronavirus vaccination. Phase 1B will have four tiers, beginning with people age 70 or older and people age 50 or older living in multi-generational households.

Fehrenbach said the state has started sending text messages to Washingtonians enrolled in the WA Notify app who have tested positive for coronavirus. Those recipients are given a link to notify their close contacts of possible exposure. Fehrenbach said 195 people have participated in the new process so far.

State officials also made a pitch for Washington residents who are interested in helping during emergencies. The WAServ website says, "Washington State Emergency Registry of Volunteers is for citizens who are willing and able to help during disasters and significant events. Register now to partner with your local Public Health, local hospital, neighbors, and others who need assistance."

Washington state is expected to release a more robust version of the PhaseFinder tool on Jan. 18, which will inform people if they are eligible to receive a vaccine and help connect them with providers.

However, the Trump administration asked states Tuesday to speed the delivery of COVID-19 vaccines to people 65 and older and to others at high risk by no longer holding back the second dose of the two-dose shot.

RELATED: Should I get a COVID-19 vaccine if I've had the virus?

Meanwhile, statewide coronavirus restrictions were eased this week as regions moved into Phase 1 of Gov. Jay Inslee’s “Healthy Washington” plan. The guidelines, which went into effect Monday, allowed resumption of some activities, including fitness programs and live entertainment with tight restrictions.