A Washington eviction moratorium that started in March was scheduled to expire next week. It's been extended again through the end of the year. 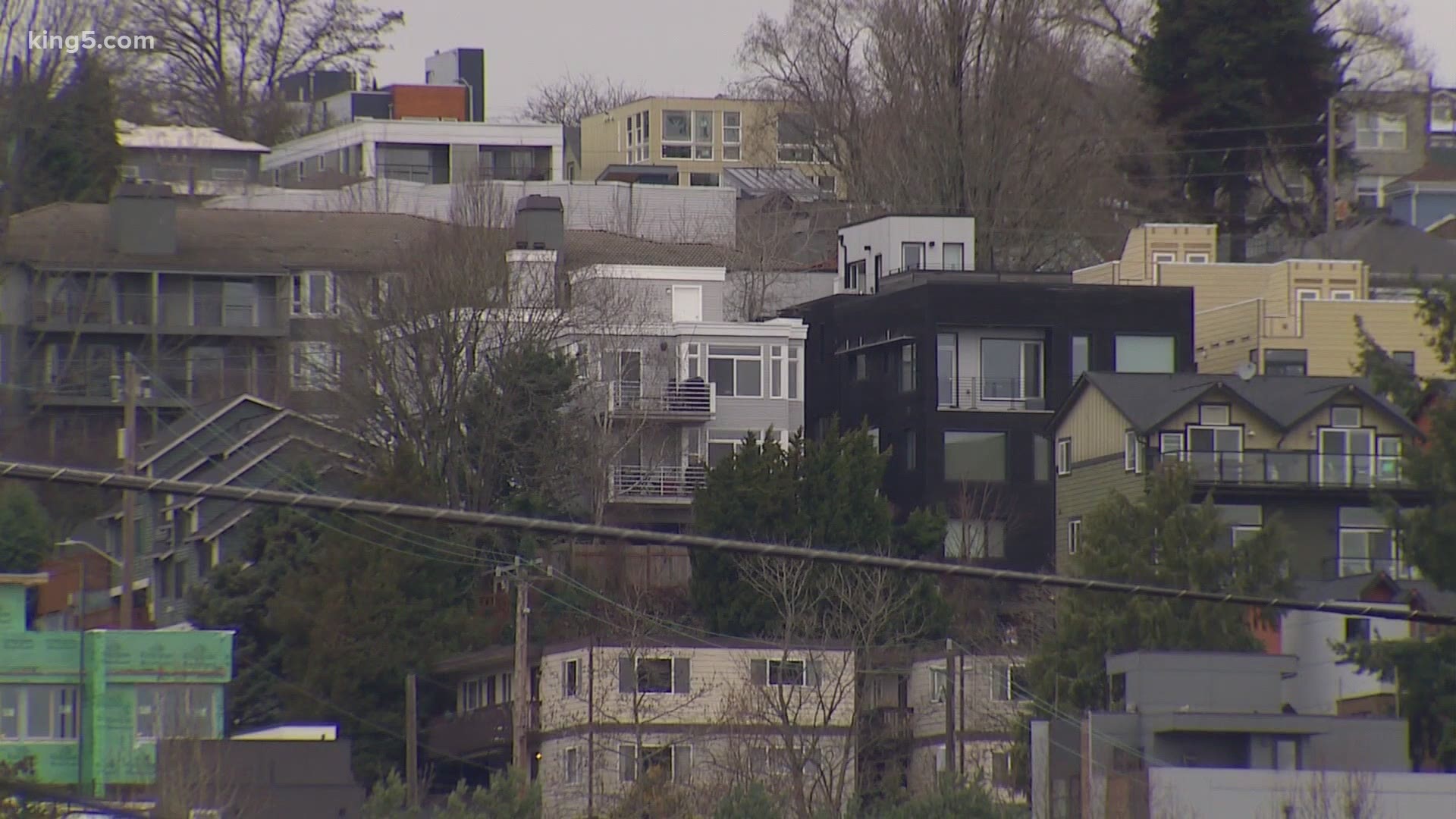 OLYMPIA, Wash. — Washington Gov. Jay Inslee has extended the state’s eviction moratorium through the end of the year, expressing concerns about housing insecurity during the ongoing coronavirus pandemic.

"We certainly don’t need more housing insecurity in the moment of uncertainty during this pandemic," said Inslee during a Thursday afternoon press conference.

The moratorium in place since March, and extended a few times since then, was scheduled to expire next week.

It prohibits, with limited exceptions, residential evictions and late fees on unpaid rent. It also requires landlords to offer residents a repayment plan on unpaid rent.

Isaac Organista, with the Washington Community Action Network, said he is happy about the governor's extension but it's not a permanent fix.

"The extension is providing relief for families across the state, but it's only temporary," said Organista, who hopes the extension will put pressure on lawmakers to come up with protections for renters once the moratorium is lifted.

Meanwhile, the Rental Housing Association of Washington released a statement to KING 5, criticizing the governor's moratorium and saying some people may be taking advantage of it to not pay their rent.

"Washington is the only west coast state that doesn’t require a renter to indicate if they are financially impacted by COVID-19 as a justification for not paying rent – which opens the door to some who abuse the system. We must direct relief to those who need it and avoid blanket orders that force housing providers to bear all of the burden of providing shelter without covering their costs. Short-sighted policies like this renewed order will continue to jeopardize our already fragile housing system," read the statement from Kyle Woodring of the Rental Housing Association of Washington.

The governor's moratorium is already facing a legal challenge. A group of Seattle landlords filed a lawsuit in September against the governor and Seattle Mayor Jenny Durkan over their orders.

The state’s unemployment rate for August was 8.5%, down from a record 16.3% in April after businesses closed or reduced operations under a stay-at-home order that expired at the end of May.