The number of coronavirus deaths in Washington dropped after health officials realized those people didn’t die of COVID-19. 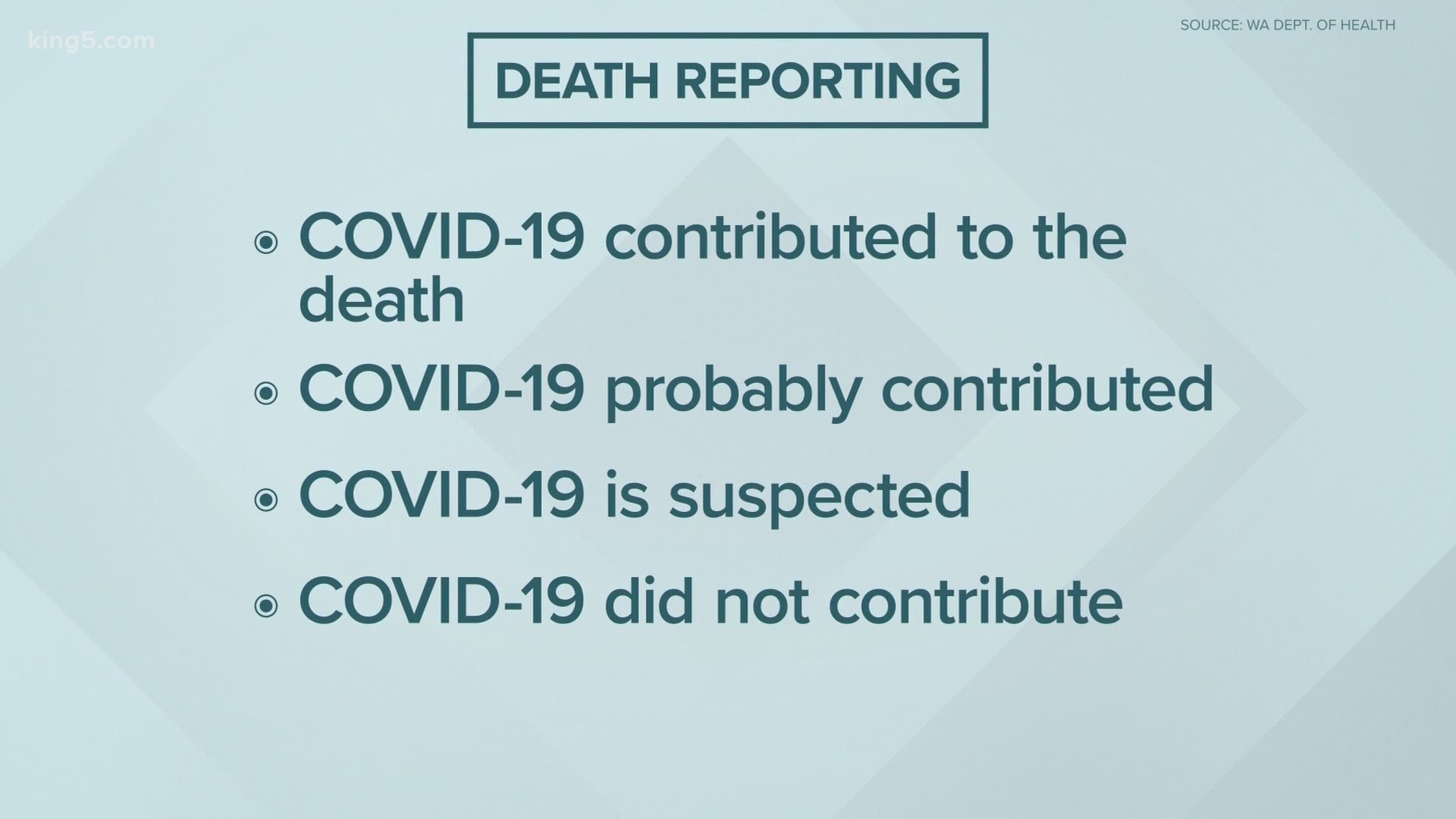 SEATTLE — The Washington State Department of Health (DOH) adjusted the state’s number of coronavirus deaths and negative test results Wednesday after discovering inaccuracies in its reporting.

State health officials removed seven people from its death toll to account for people who tested positive for COVID-19 but didn’t die of the virus. Previously a COVID-19 death was counted if the coronavirus test came back positive.

Four of those deaths were in King County and three were from Yakima. They included two suicides, three homicides and two overdose deaths, according to DOH.

Additional deaths may be removed from the state’s coronavirus death toll as officials learn more during the outbreak.

Health officials also admitted that they made a mistake in the number of negative COVID-19 test results they have been reporting since April 21.

The health department says it combined antibody and molecular test results in its total tally of negative tests when it should have only included the molecular tests.

"We apologize for the error," a DOH spokesperson said in a statement.

This mistake means negative test numbers were inflated by 13%. The overall percentage of people who tested positive as of Monday was actually 6.2% instead of 5.5%, although the number of positive tests remains accurate, according to DOH.

However, the state says the increased number of negative tests hasn't impacted counties moving on to the next recovery phase.

The state says the error was the result of a workaround to handle the high number of test results.

RELATED: Coronavirus death toll in US could reach 200,000 by September, expert says

Moving forward, the health department will report coronavirus deaths using four classifications to qualify whether COVID-19 contributed to the death, probably contributed, is suspected to have contributed or did not contribute.

DOH hopes the change will make the death count more accurate and give additional context about suspect, probable and non-COVID-19 related deaths.

That phase of reporting will be rolled out in the next few weeks, according to DOH.