About 59% of adults surveyed in an exclusive KING 5 News poll said Washington health officials reacted appropriately to the coronavirus pandemic. 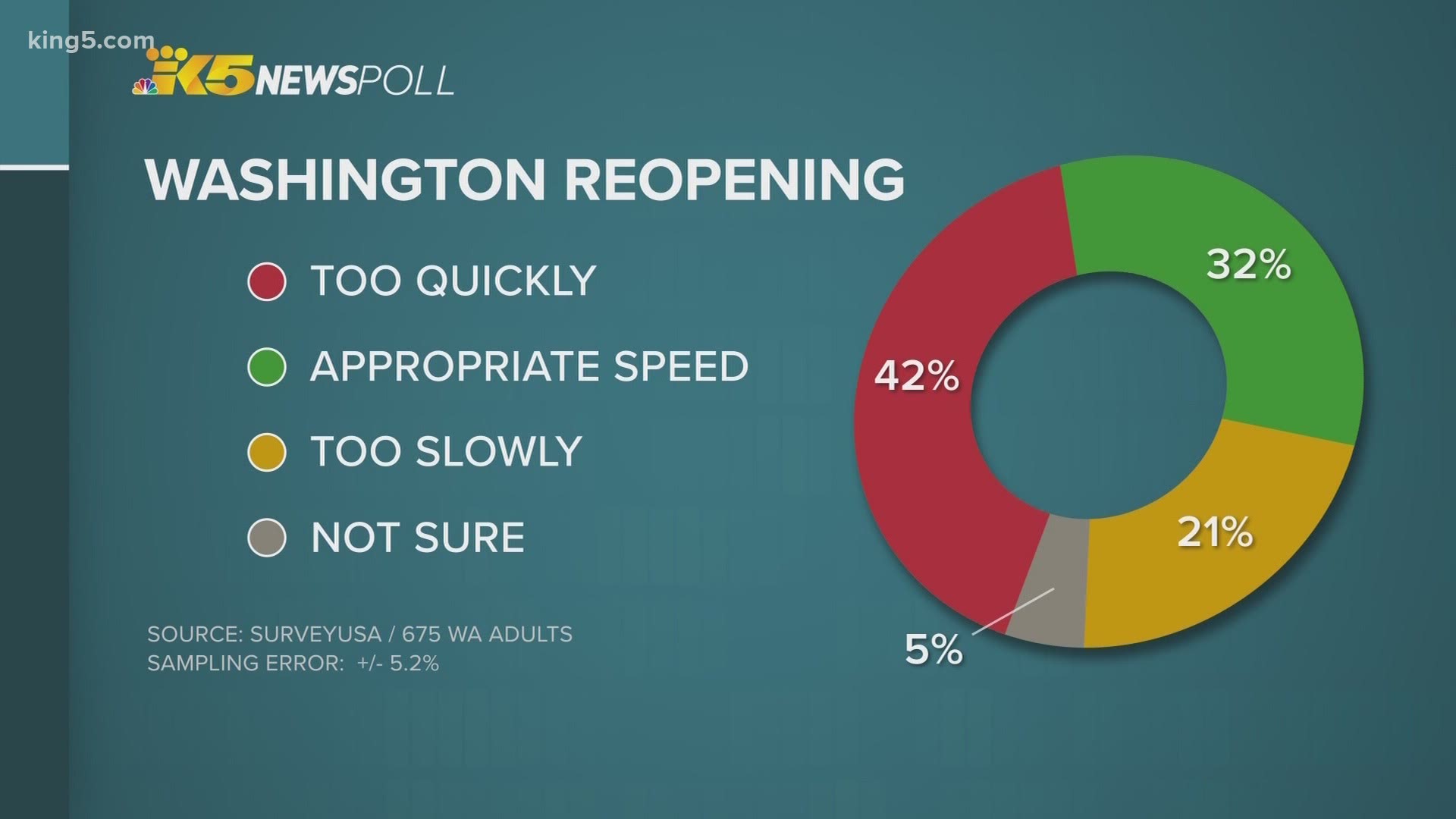 That viewpoint diverged slightly based on political party with 41% of Republicans saying state health officials overreacted versus just 5% of Democrats. On the contrary, 71% of Democrats thought the reaction was appropriate versus 40% of Republicans.

That divide has played out in the governor’s race with several high-profile GOP gubernatorial challengers questioning Gov. Jay Inslee’s handling of the pandemic and resulting economic crisis, including mandates closing non-essential businesses in spring. Republic Police Chief Loren Culp, who will face Inslee in the general election, held an election night rally with hundreds of unmasked supporters, violating the state’s ban on large group gatherings.

However, the poll found these calls to remove restrictions may not reflect popular opinion across Washington. About one-fifth of poll respondents said they thought Washington was reopening too slowly versus 42% who said measures were being lifted too quickly. Another 32% said reopening was happening at the appropriate speed.

Meanwhile, Washingtonians still believe the threat of coronavirus looms – 70% of respondents were extremely or somewhat concerned they would catch COVID-19. Another 18% were not very concerned about being infected, and 11% were not at all concerned. 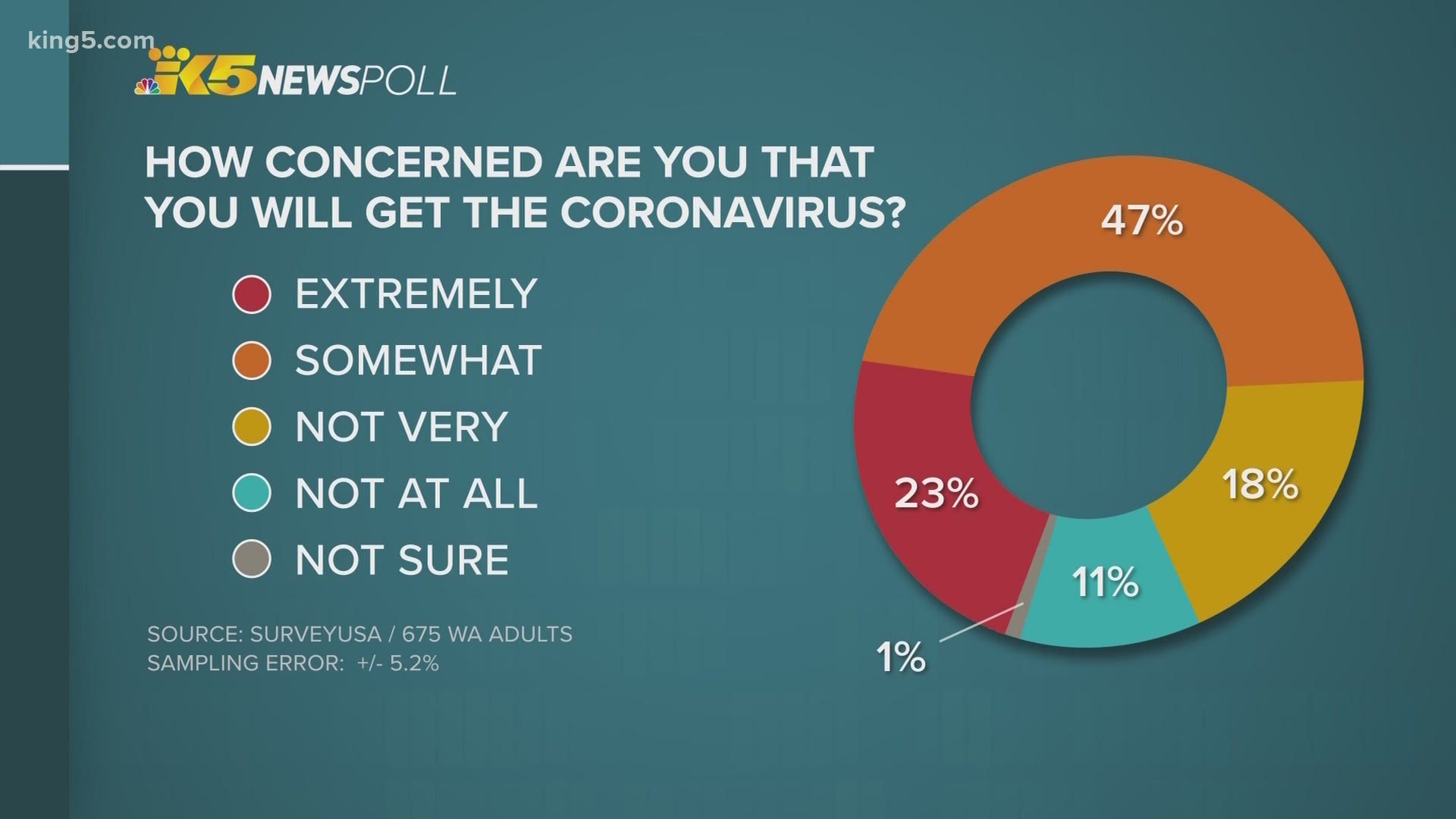 The survey, which was conducted by SurveyUSA, polled 675 adults between July 22-27, 2020. The poll demographics included 46% Democrats, 24% Republicans and 23% Independents, representing the party breakdown across Washington state.