Gov. Jay Inslee says Washington will fully reopen at the end of June or sooner if at least 70% of the state's residents get vaccinated against COVID-19. 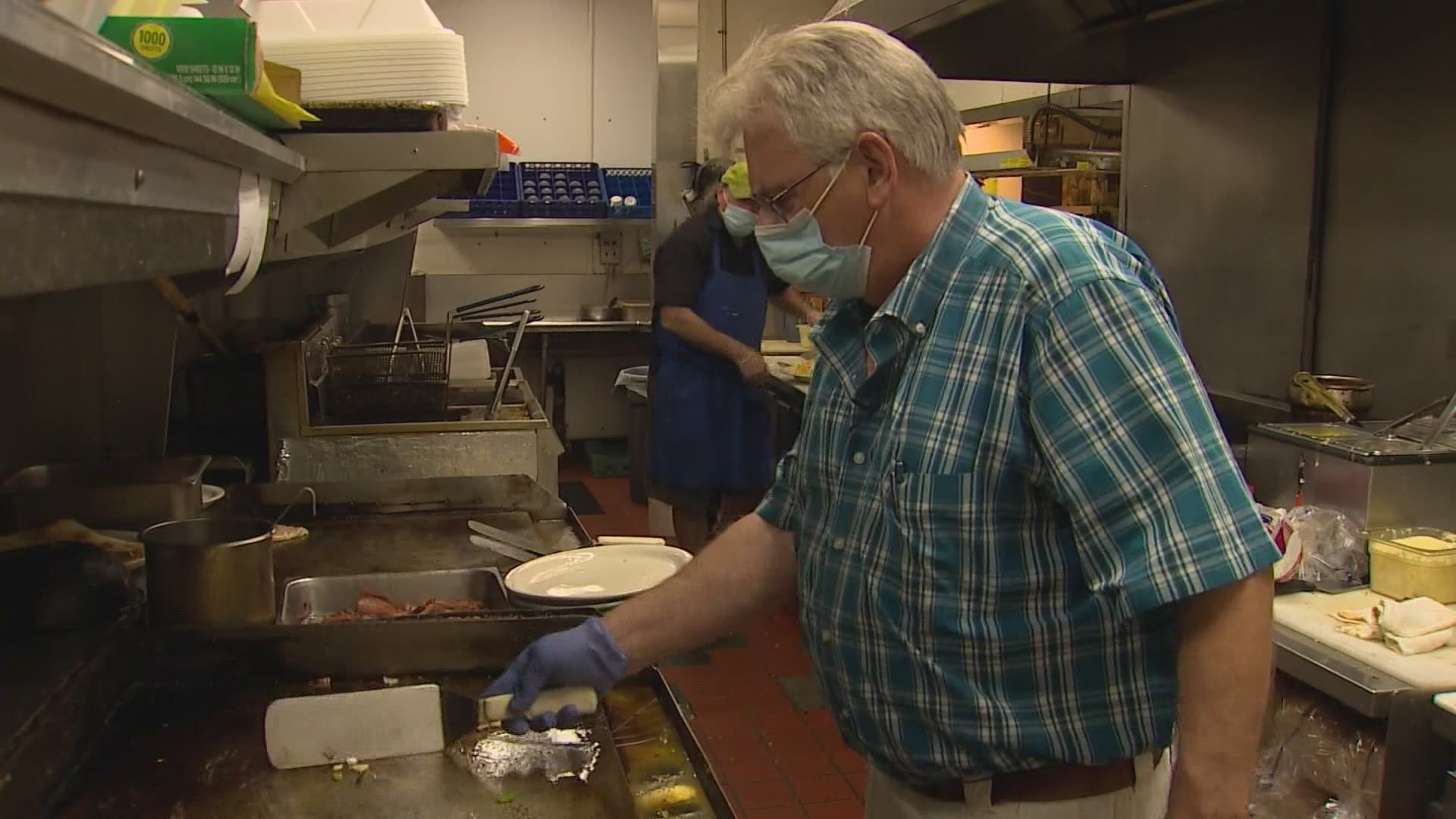 RENTON, Wash. — Businesses across Washington state are set to fully reopen on June 30 after Gov. Jay Inslee set that date as part of his "Healthy Washington - Roadmap To Recovery" plan.

The reopening date could come sooner if Washington is able to get 70% or more of its residents vaccinated against COVID-19. The most recent data from the Washington State Department of Health shows that only 62.6% of the state’s residents have initiated the vaccine process.

Currently, every county is under phase three restrictions, which among other restrictions, limits indoor restaurant capacity at 50%. The ongoing restrictions have forced many eateries to adjust their approach, shifting to a take-out model. Still, other restaurants have weathered the storm, adapting to the changing market.

Gary Johnson owns Renton’s Plum Delicious, a family restaurant specializing in comfort food. His restaurant lost quite a bit of business during the pandemic.

“Pre-pandemic, I would say we probably got more families than we did post-pandemic,” said Johnson. He also explained how his restaurant lost a number of large parties in 2020. Johnson said local groups liked to use his large dining room for their gatherings, however, the pandemic caused many of those parties to be cancelled.

Johnson has worked in the restaurant industry for more than 25 years, but none other was harder than the last. He explained, “I learned a lot more this time around than I did back in 2008 - the crash, but yes, it has been an eye opener.”

Johnson credits his ability to keep his business going to his employees. However, a lack of workers is also an issue as he tries to reopen fully at the end of the month. A large “now hiring” sign hangs in front of his restaurant, but Johnson is also taking an approach straight from the 1989 film, Field of Dreams.

“Build it and they will come. Reopen and they’ll come out,” said Johnson. “School is almost over so hopefully there will be a lot of high schoolers and folks home from college looking to do something.”

With vaccination rates slowing in Washington, it’s looking more and more like June 30 will be the day the state will fully reopen. Either way, Johnson explained to KING 5 that he’s looking forward to “seeing a full restaurant, people being able to sit next to each other, (and) large parties.”

He also understands that reopening won’t be easy, as customers may still carry their pandemic fears. Johnson said, “It’s going to be a challenge in the beginning but everything’s been a challenge.”