Venetians had the pleasant surprise to see the waters of their canals turning from muddy to crystal clean, with fish and the bottom clearly visible. 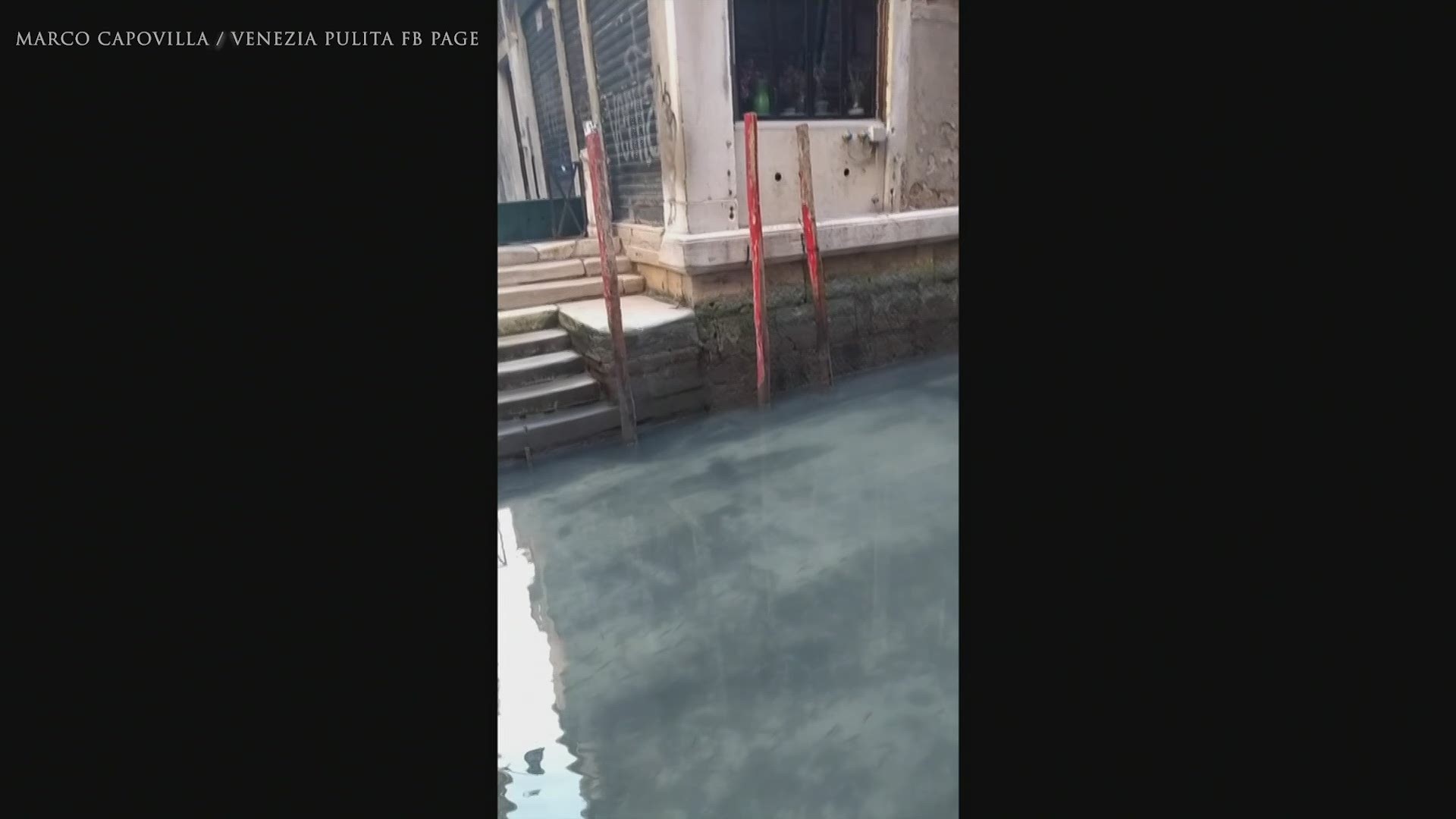 VENICE, Italy — With Italy in lockdown in response to the coronavirus, Venice canals are now virtually clear of boats, leaving the water transparent enough that fish could be seen.

Since the traffic of ferry-boats, motor boats and big ships has been strongly reduced both in the Venice lagoon and in the city canals, Venetians had the pleasant surprise to see the waters of their canals turning from muddy to crystal clean, with the fish and the bottom clearly visible.

Swans have also returned to the canals.

Several decades have passed since Venetians were used to swimming in the lagoon water, mainly because of the intensified boat traffic in the canals and the increasing volume of giant ships, both commercial and touristic, stopping at the Terminal Venice Passengers dock.

Italy has been the hardest-hit country outside of China. Johns Hopkins University says there have been 31,506 cases of the virus in Italy as of Wednesday morning with 2,503 deaths. Nearly 3,000 people there have recovered.

For most people, the new coronavirus causes only mild or moderate symptoms, such as fever and cough. For some, especially older adults and people with existing health problems, it can cause more severe illness, including pneumonia.

The vast majority of people recover from the new virus.

According to the World Health Organization, people with mild illness recover in about two weeks, while those with more severe illness may take three to six weeks to recover.