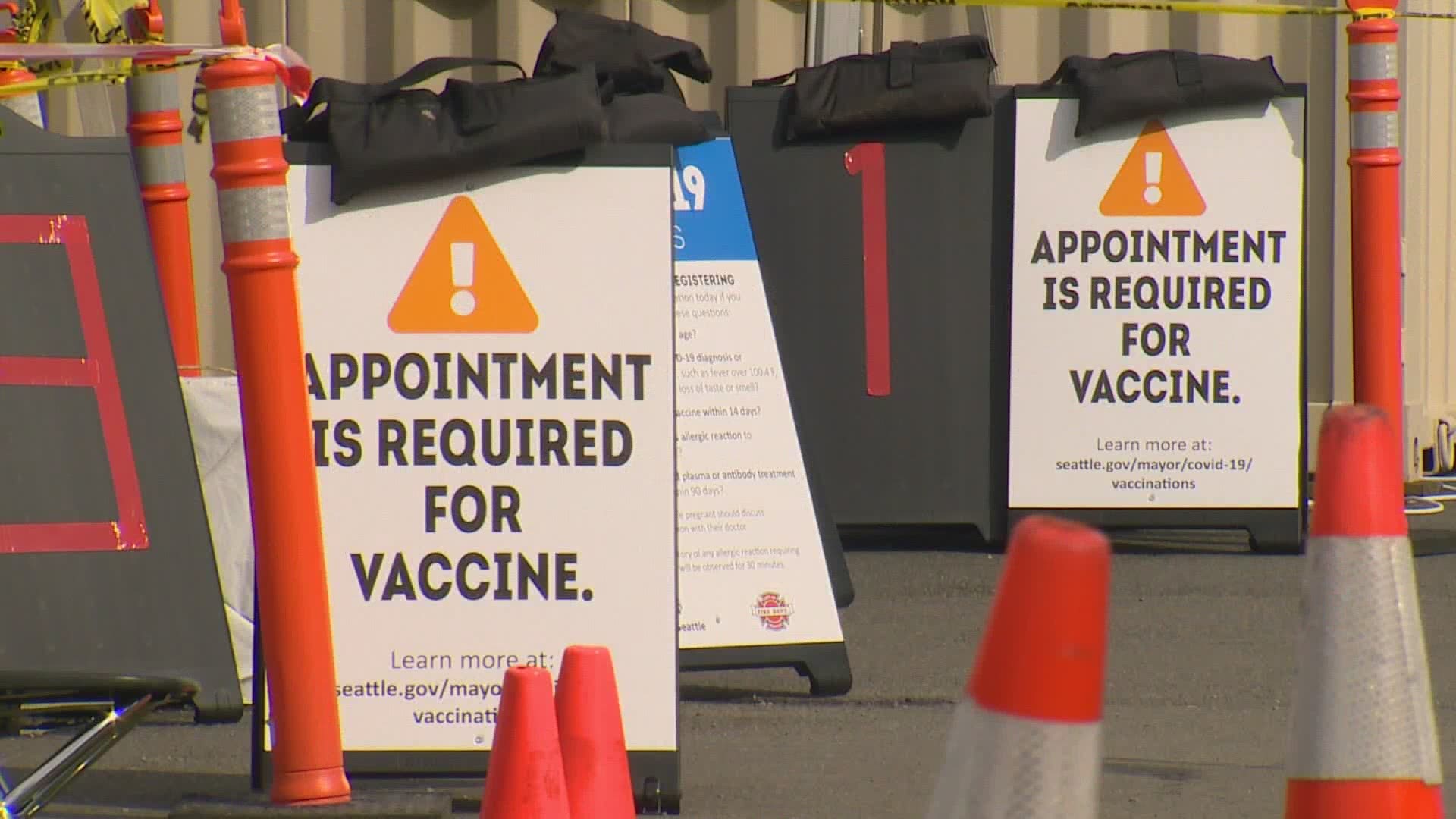 SEATTLE — The city of Seattle will reach another milestone Wednesday in the fight against COVID-19 as another vaccination hub closes.

The city moving away from large-scale sites to focus on targeted and mobile vaccination efforts.

The West Seattle Community Vaccination Hub will close its doors at the end of Wednesday followed by the Lumen Field Hub on Saturday, June 12.

Not all locations are closing though. The city's SODO vaccine and testing site will remain open through summer.

The hub in West Seattle first opened for testing last August and since then officials say 83,000 COVID tests and 56,000 vaccinations have been administered.

The Seattle Fire Department says they've seen a decline in demand after a quick spike last month in ages 12-15 when Pfizer's vaccine was authorized for that group.

"We feel proud of the work that we've done but look forward to that next phase," said Brian Wallace, COVID-19 testing and vaccination coordinator with the Seattle Fire Department.

That next phase will shift the focus to meeting people where they are through creative pop-ups and mobile efforts.

"Mobile units are able to bring the vaccines to people that haven't had time to go get an appointment, or they're able to bring the vaccine to people that maybe don't have strong feelings about not getting vaccinated but just haven't gotten around to it," Wallace said. "And when they go to a Mariners game, and there we are. They go to a farmers market, and there we are. We're getting people vaccinated that woke up that morning not even knowing that they were going to do it."

Wallace admits it will be hard to say goodbye to the people he's worked on this effort with for so many months.

Wallace also says it will take time to close down operations at mass vaccination hubs like in West Seattle. The next step is identifying locations that will remain open and seeing what their needs are.

Vaccines and supplies, like gloves and even fencing, will either be brought back to the fire departments or be moved to a center still in operation.