American Indians and Alaska Natives are 3.5 times more likely to get COVID-19 and are also more likely to die from complications than Non-Hispanic white people. 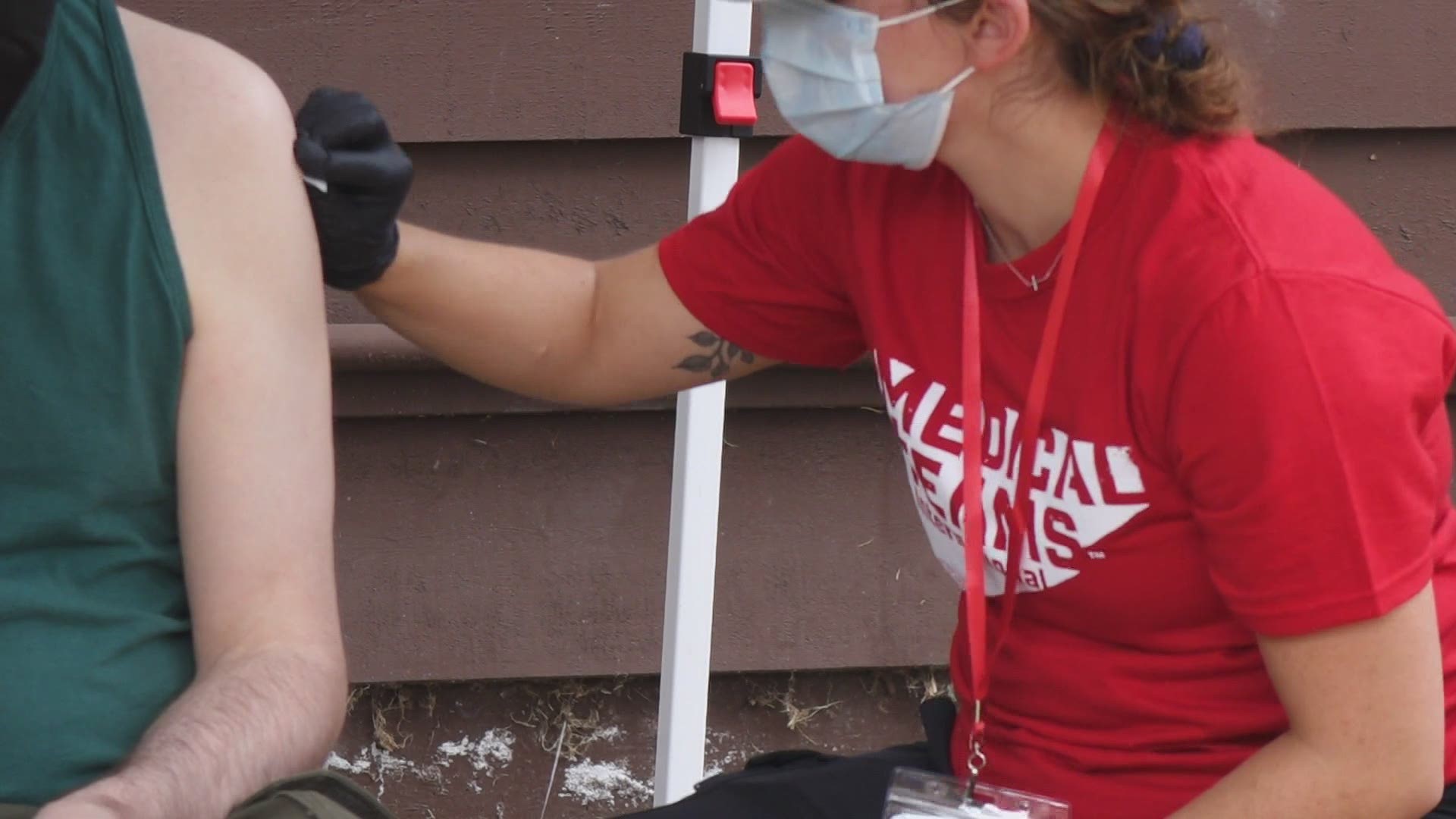 WHITE CENTER, Wash. — In Washington State, tribal leaders are aiming to get a 100% vaccination rate for the American Indian population.

"Protect your family. Protect your friends. Protect your Tribe. Protect your Community." That was the theme of a vaccine clinic put on in White Center's Steve Cox Memorial Park on Wednesday organized by Washington tribal leaders, The Duwamish Tribe, Medical Teams International and the American Indian Health Commission alongside King County Parks.

"In our history of our people, many of our ancestors were wiped out because of communicable diseases, so vaccination is really important to us," said Vicki Lowe, Executive Director of the American Indian Health Council of Washington State (AIHC). "Our tribal leaders have a goal of 100% immunization, and there's still people, not that don't want to get vaccinated, but just don't have access."

The Pfizer vaccine was available for anyone 12 and up at Wednesday's clinic. Physicians were on-site to talk through the risks and benefits of receiving the COVID-19 with people who had questions.

"We know with the rise in variants and new information with the CDC about recommending mask use that this is a really pivotal time in for the community and for individuals who are not vaccinated yet to really be reached with some information about how they can keep their families safe with the rise in these new variants," said Medical Teams International Program Manager Chanda Moellenberg.

Cecil Hansen, Chairwoman of the Duwamish Tribe since 1975 was also at the vaccine clinic Wednesday. As an elder, she spoke to guests and encouraged those who came to inform and motivate others they know to consider getting vaccinated.

Leading by example, Chairwoman Hansen said she received her vaccine back in February and March. “So I’m all shot up!” laughed Hansen as she addressed the crowd and set the stage for a prayer.

The Duwamish Tribe's involvement was critical to the success of the event as an unrecognized tribe. The Duwamish don't benefit from the $40 billion set aside by Congress for the nearly 600 federally recognized tribes so they are reliant on community partnerships with organizations like AIHC and the Tribal Urban Indian Health Immunizations Coalition for support.