Workers must be fully vaccinated by Oct. 18, or lose their jobs unless they have either a medical or religious exemption. 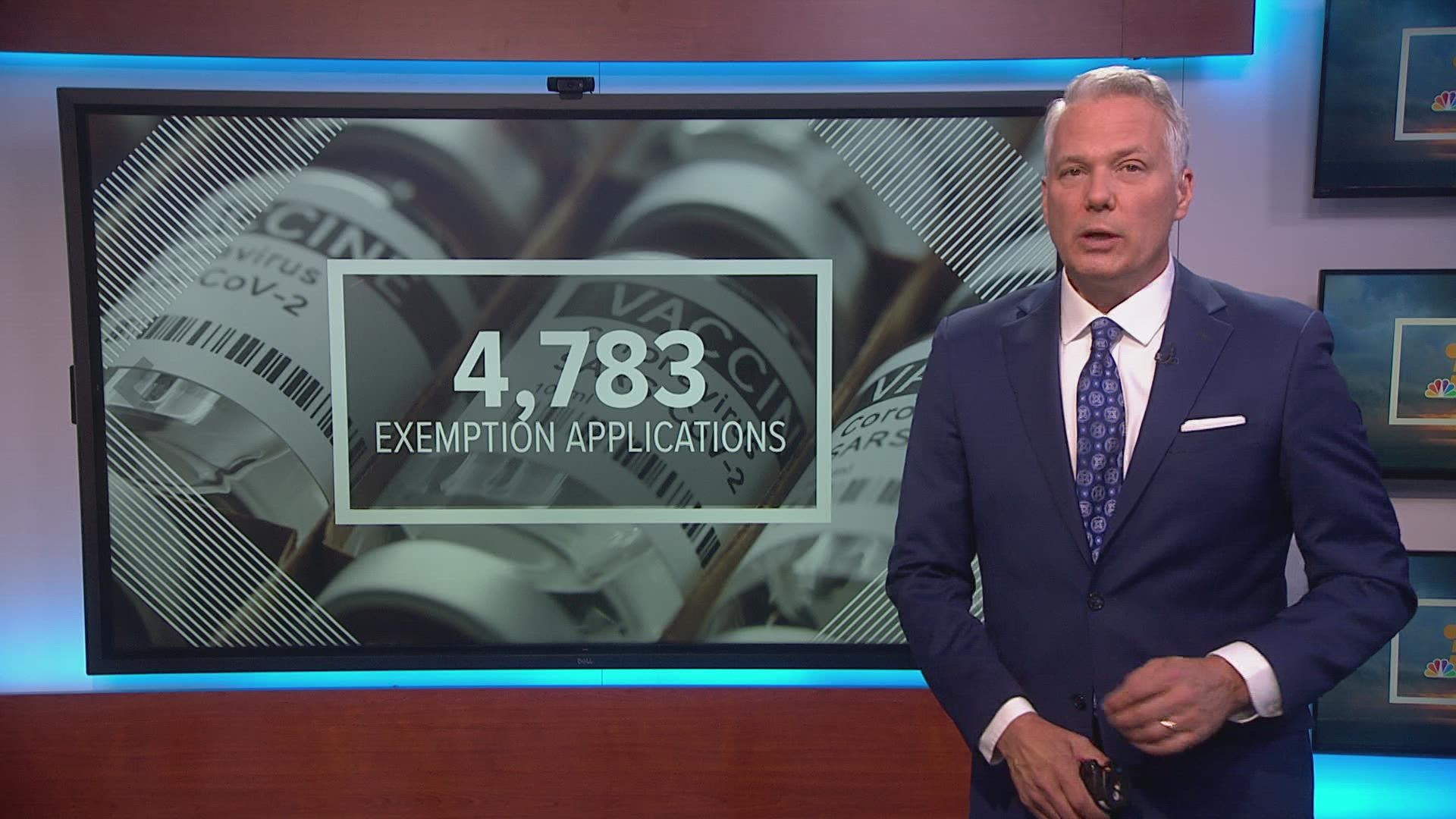 OLYMPIA, Wash. — More than 4,300 state workers are seeking an exemption to Washington Gov. Jay Inslee’s COVID-19 vaccine mandate. That's about 7% of the approximately 60,000 employees subject to the requirement.

In August, the governor ordered state workers, school workers and some health care employees to be vaccinated, without a regular testing alternative as offered by some other states.

Workers must be fully vaccinated by Oct. 18, or lose their jobs unless they have either a medical or religious exemption and have been granted a job accommodation.

The data, released Tuesday by the State Office of Financial Management, is preliminary and does not yet include all agencies subject to the mandate, according to a spokesperson for the office.

The Washington State Department of Transportation (WSDOT) has the second-highest number, of agencies currently reporting data, with 476 employees asking for either a religious or medical exemption.

The third agency with the most requests is the Washington State Patrol (WSP) with 360 workers seeking an exemption.

Dozens of WSP troopers and other state and local government workers have sued Inslee, contending that the mandate violates their constitutional rights and exceeds his legal authority.

In a statement to KING 5 on Monday, the governor's office said, "These requirements are legal, and we look forward to responding in court, where to date no challenge to the governor’s use of his emergency powers has been successful. His use of this authority is appropriate given the extraordinary circumstances of this pandemic. It is not unreasonable to ask public servants to protect the public from being infected with Covid."