The school will require students, faculty and staff to be fully vaccinated before the start of fall semester. 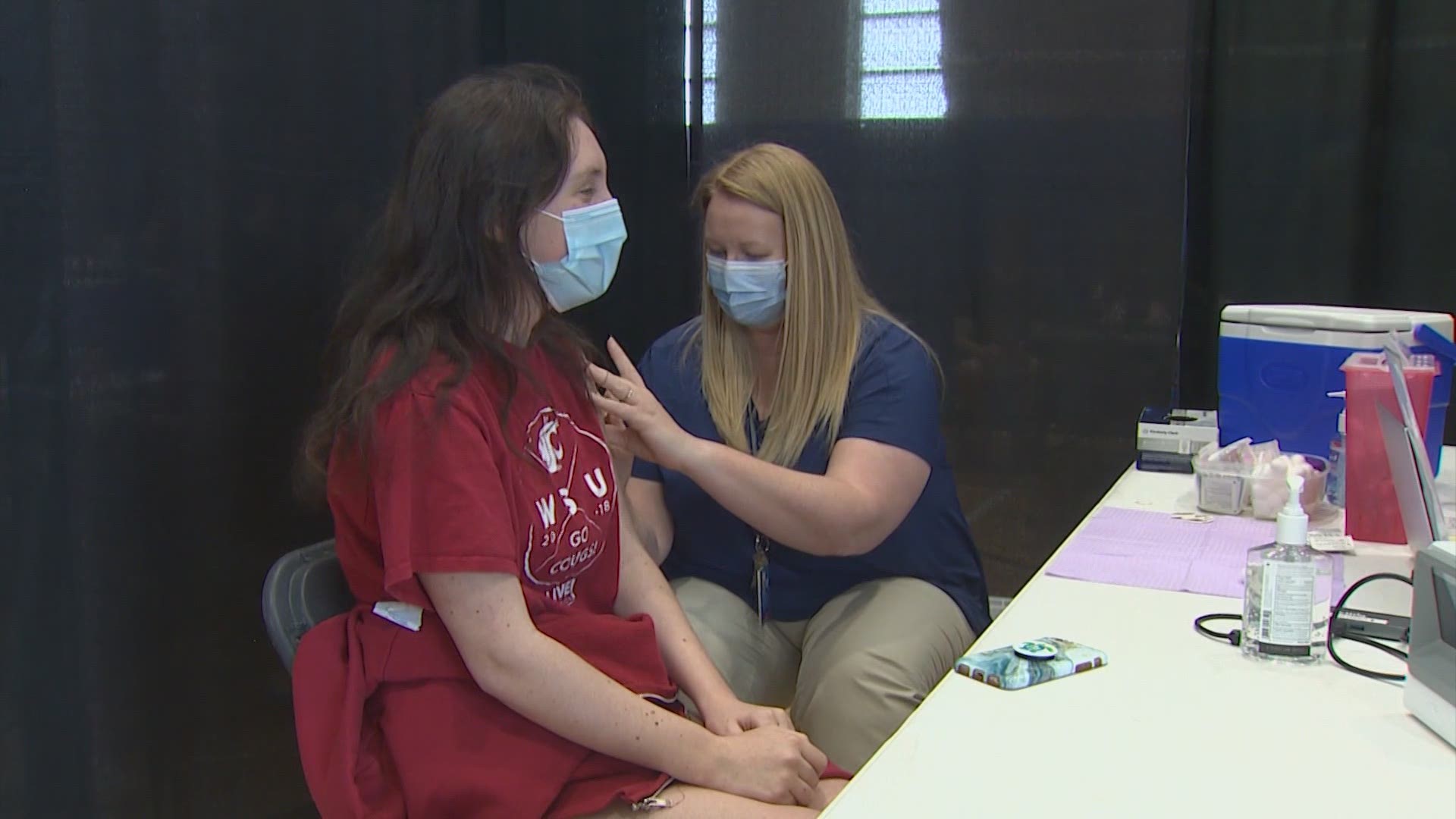 PULLMAN, Wash. — The Washington State University campus is relatively quiet, wrapping up another semester of remote learning with few students and staff milling about. But with a new COVID-19 vaccine mandate for the next school year, that could change by the fall.

"We're going to be requiring all students, faculty and staff to be fully vaccinated before the start of our fall semester," said WSU spokesman Phil Weiler, as he stood outside an empty Martin Stadium Friday. "Our intention is that in the fall, virtually all of our classes will be in-person. We also want to have fans in the stands for athletic events."

The university has also sponsored an on-campus vaccination clinic to help in the effort. About 3,500 of the students are expected to have at least one dose by the end of next week.

On Friday, the once-a-week clinic at the Rec Center was getting brisk activity.

Junior Trinity Pierce, of Walla Walla, was one of dozens who got their second shot.

"It was pretty painless," she told KING 5.

She acknowledged the skepticism that exists among young people on campus.

"There is a prevailing feeling of, Oh, I’m young, I won't be affected that badly... because I did get coronavirus, so I won't need the vaccine," she said. Other students also feel the vaccine was rushed, she said.

But Pierce said she is all for the mandate.

"The pandemic as a whole was unnecessarily politicized," Pierce said.

Republican Representative Jim Walsh of Aberdeen has been quick to criticize WSU's mandate.

"Washington State has fallen into a logic trap," he said. "I think the privacy right trumps the public health issue."

Weiler of WSU counters that exceptions will be made for religious or personal reasons. He also added that WSU, like other schools, has asked for proof of measles, mumps, and rubella vaccinations for years, with no pushback.

"No action is not an option," he said.

WSU said it made the announcement now because it is on a semester system, and believes that other public universities on a quarter system will follow.