Gov. Jay Inslee announced Tuesday that the state is expected to get a 16% increase in its vaccine supply over the next three weeks from the federal government. 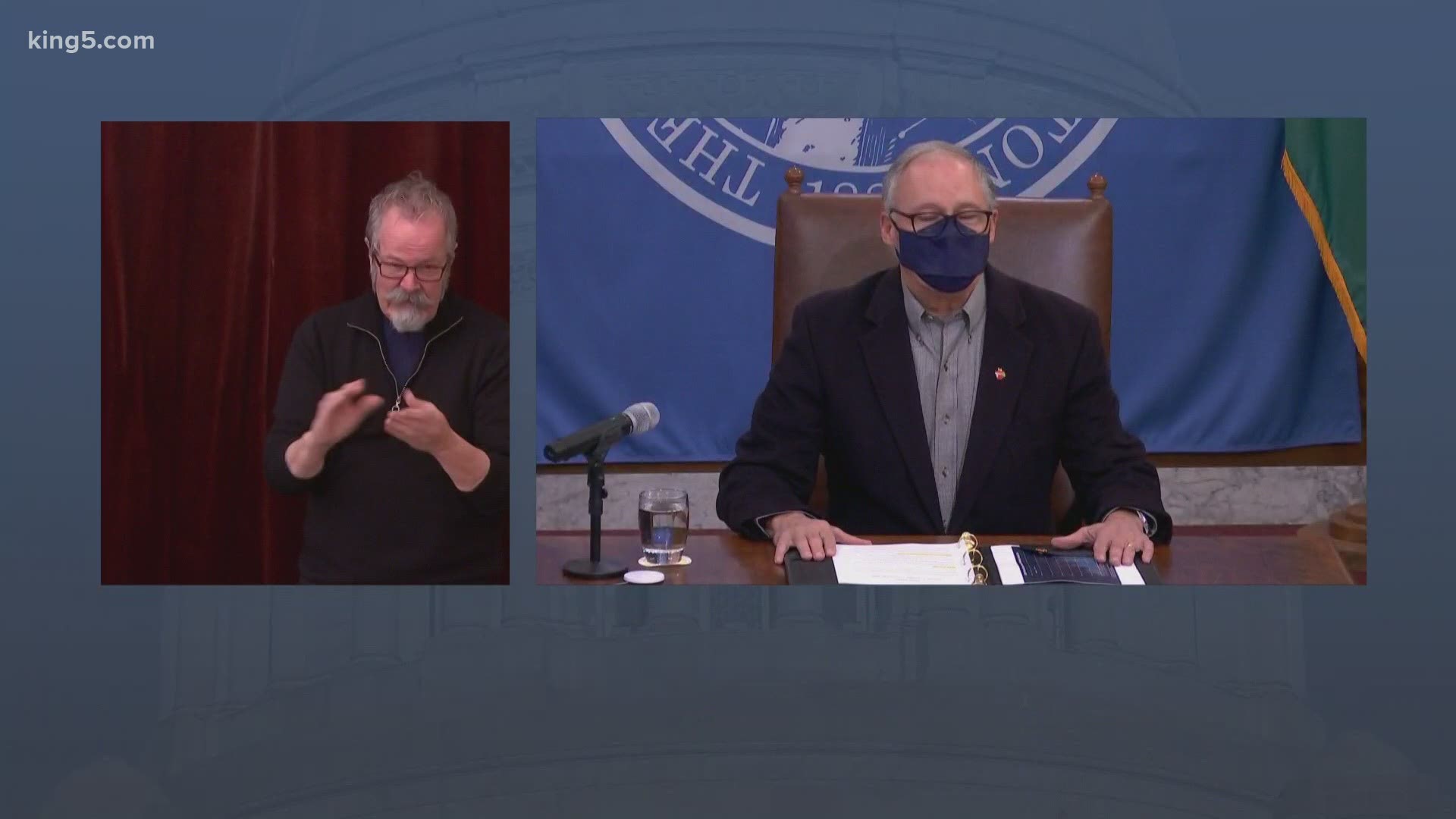 OLYMPIA, Wash. — Washington state is expecting to receive an increase in its COVID-19 vaccine allotment in the coming weeks as part of the Biden administration's plan to boost purchases of the vaccines to deliver enough to protect 300 million Americans by the end of summer.

Gov. Jay Inslee announced Tuesday during a press conference the state is expected to receive a 16% increase in its weekly allotment of the vaccine over the next three weeks.

The state is currently getting about 100,000 doses a week from the federal government.

Inslee also said the federal government will be sending special syringes to go along with the Pfizer vaccine, which are capable of extracting an extra dose from the vial.

The state continues to work towards administering 45,000 vaccinations a day, a goal Inslee set earlier this month.

"We are moving the needle big time and I know people were anxious for us to do that," said Inslee.

The governor announced Monday that the state had reached the half million mark -- administering 500,000 doses since first receiving the vaccine in December.

"We still have a long ways to go and many days to get there with the number of people we need to vaccinate," he said.

Inslee stressed that while people wait to receive the vaccine they should not let their guard down, especially with the more contagious variant of COVID-19 detected in western Washington.

"There would be a tendency now that the vaccine is near or here for many people, to let up our guard, to reduce our mask usage, to let people come into our home... it’s so close, that would be so tempting for all of us," said Inslee, "actually, now we need to double down and increase our protection of ourselves while we are waiting for the vaccine... in part because these new variants are coming on that are more transmittable and potentially could be more fatal."