According to Gov. Jay Inslee, Washington state counts every vaccinated person who is 16 and older versus the federal government, which tracks 18 and older. 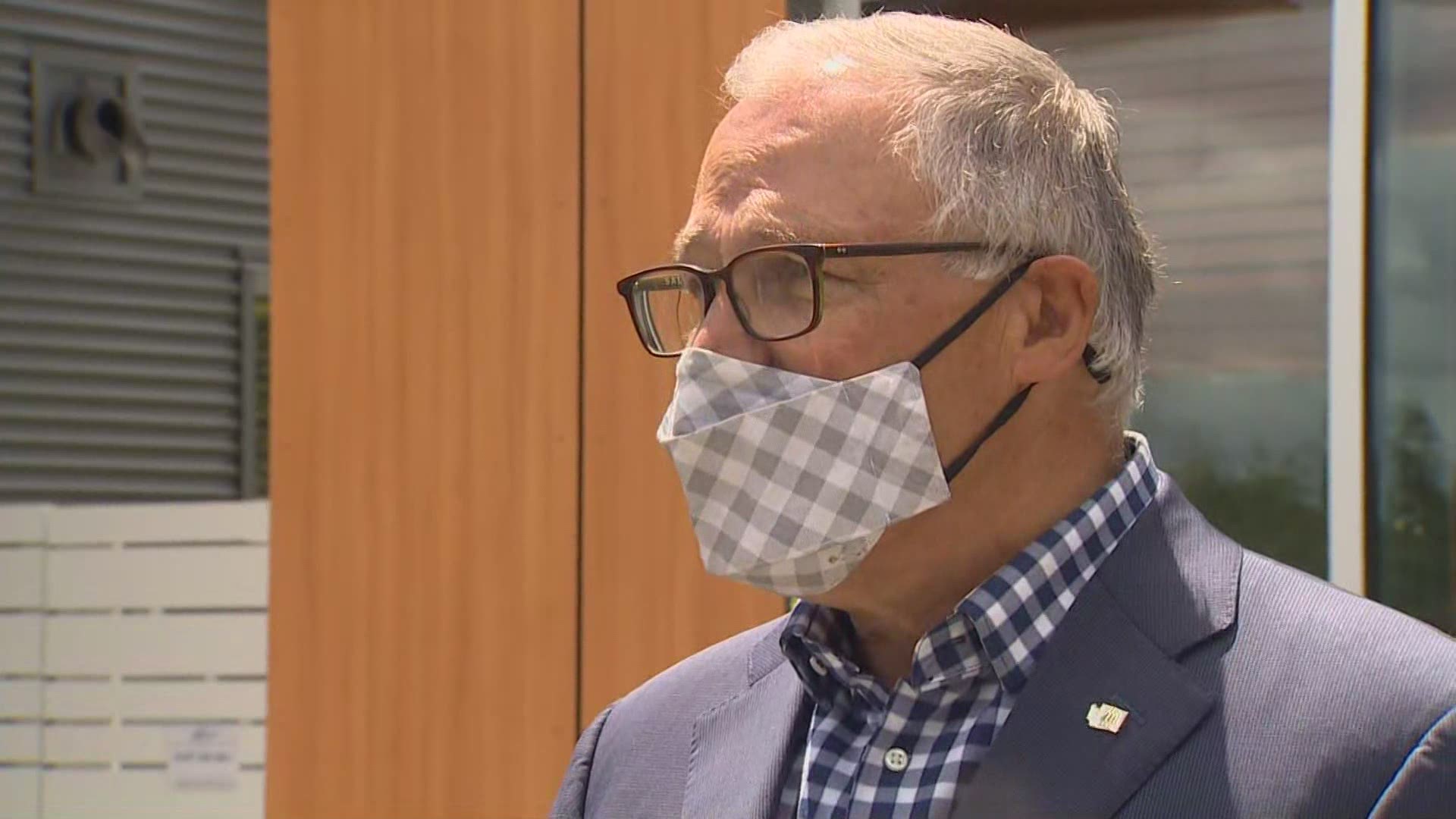 EDMONDS, Wash. — A senior White House official on Sunday congratulated Washington state on vaccinating 70% of its population. But, according to state numbers, that threshold hasn’t been reached.

"The good news is there is no discrepancy between our numbers and the federal government," said Washington Gov. Jay Inslee during a tour of the Community Health Center in Edmonds Monday.

"We have the same numbers, it’s just that we have a different measurement for certain activity," Inslee said.

According to Inslee, Washington state tracks everyone who has received a shot who is 16 and older versus the federal government, which tracks people who are 18 and older.

Federal numbers show Washington has administered 7,843,092 doses of the COVID-19 vaccine as of June 6. But data from the Washington State Department of Health (DOH) shows 7,253,646 doses have been administered as of June 5 – roughly 63% of the state's population receiving at least one dose.

"It makes perfect sense to me that if you are going to have people over the age of 16 eligible they should be considered in your metrics for reopening that makes common sense to me. It also makes scientific sense to me and that’s why we’re moving in that direction," Inslee said.

By the federal count, Washington state should meet the goal to fully reopen, but that's something Inslee said won't happen before June 30, unless the state surpasses that 70% threshold by the states own count.

Age isn’t the only factor. The DOH says data on Washingtonians vaccinated out of state, in prisons and veteran vaccine information may be counted by the feds and not the state.

It's a data aggregation problem the state says they are working on but "there is currently not a solution."