The state Department of Health said it expects COVID-19 vaccine deliveries to be back on track by Wednesday. Pfizer is expected to increase doses to states in March. 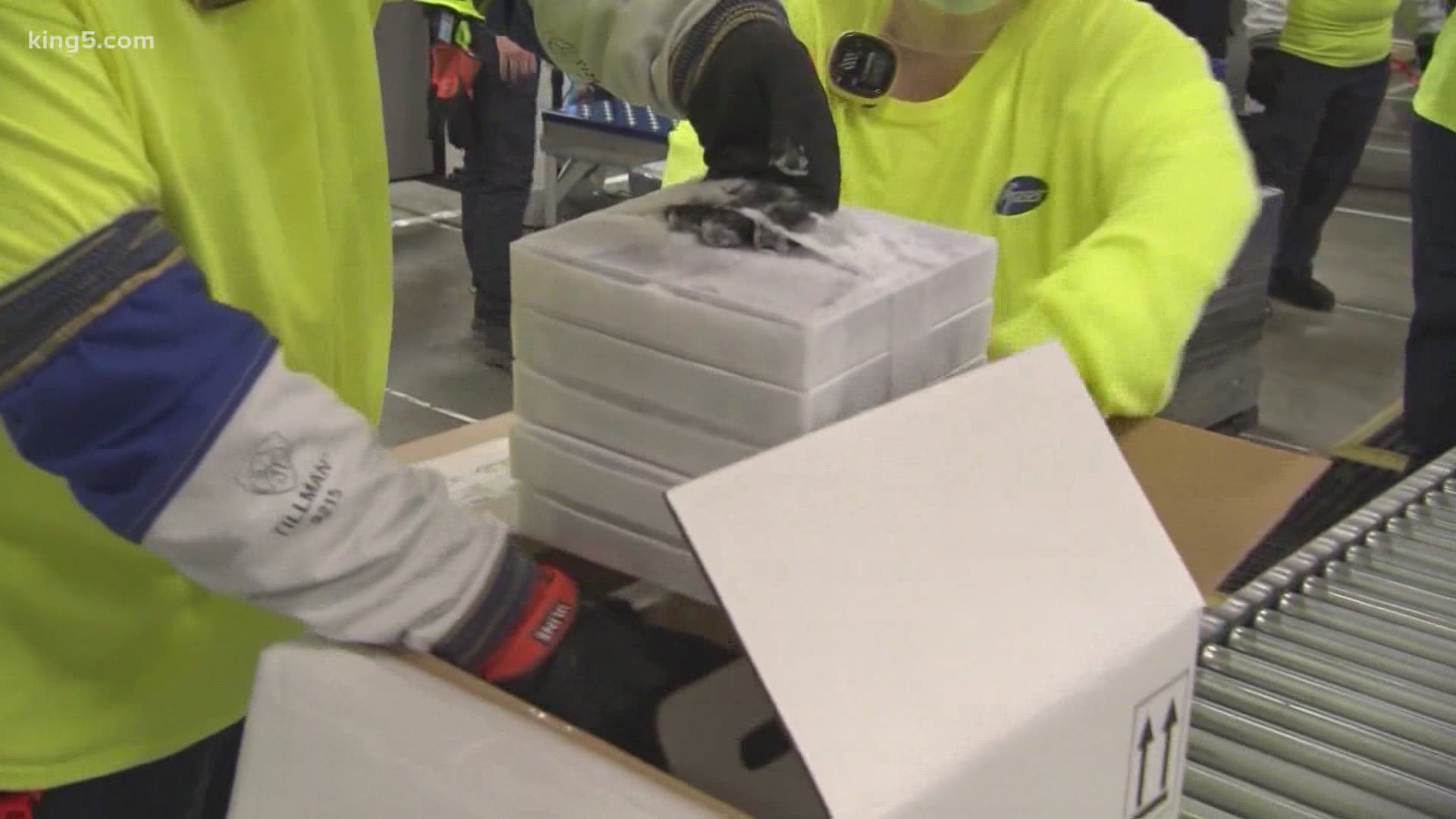 SEATTLE — The state is catching up on COVID-19 vaccine supplies after icy weather across the nation delayed shipments.

344,050 of Washington’s 487,825 doses for last week and this week had shipped as of Tuesday morning, the state Department of Health (DOH) said.

DOH said it hoped to be caught up on deliveries by Wednesday.

The weather delays forced the state to close mass vaccination sites over the weekend, while hospitals and clinics scrambled to reschedule thousands of appointments.

Many sites are now focusing on administering second doses, which are supposed to be given on a strict schedule, three to four weeks after the first, though the Centers for Disease Control and Prevention (CDC) said providers can wait up to six weeks between shots.

For people still searching for first doses, vaccine maker Pfizer said it will more than double deliveries to states in March.

"We expect to increase the number of doses available from approximately four to five million doses per week at the beginning of February to more than 13 million doses by the middle of March,” said John Young, chief business officer at Pfizer, during a congressional hearing on Tuesday.

The State of Washington said it expects to see vaccine deliveries steadily increase through the first few weeks of March, though the forecast is still below what the state is requesting.