The Seattle sports power couple said they wanted to do something positive for the community after such a difficult year. 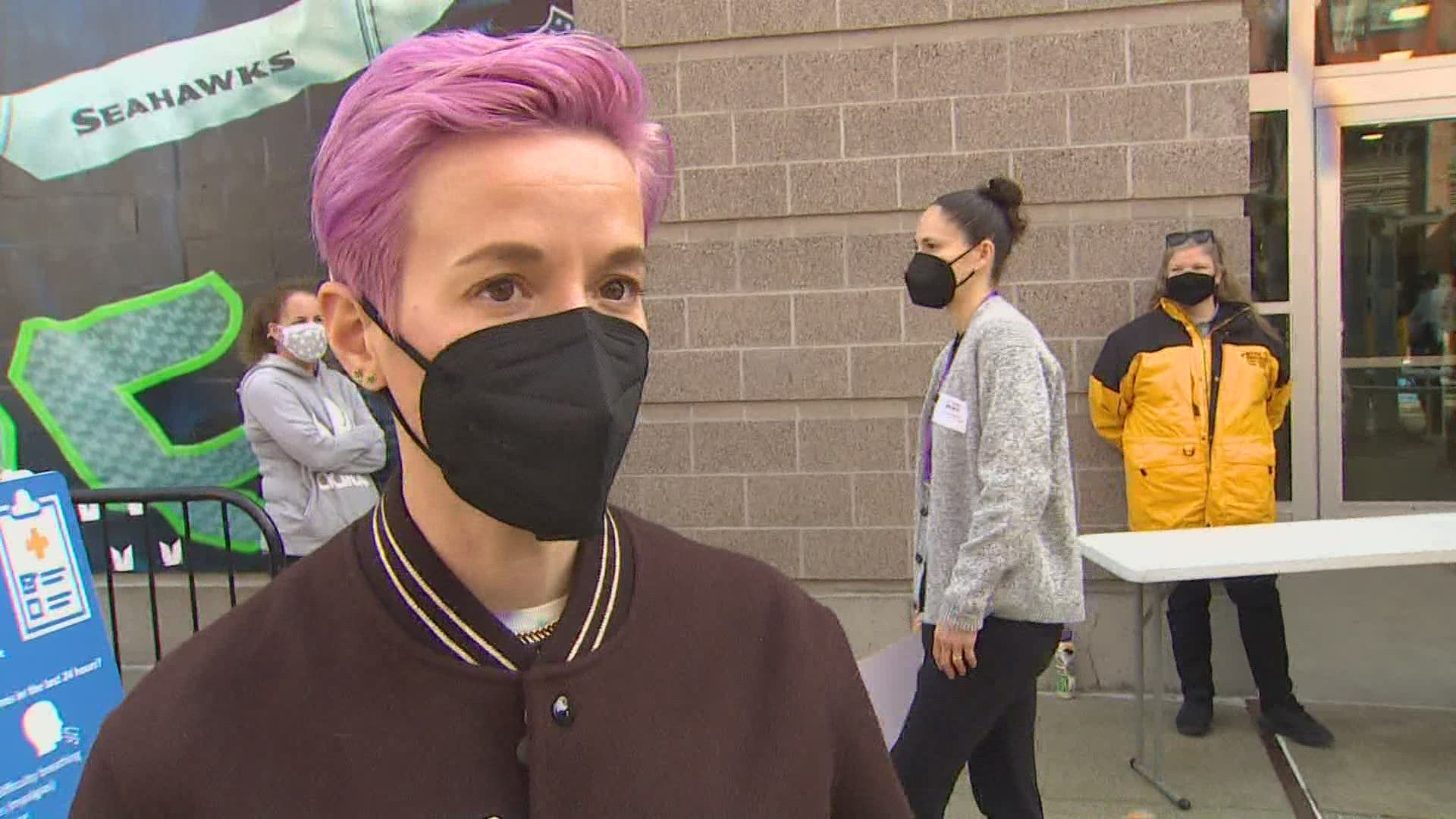 Approximately 1,200 people got a shot Wednesday at the Lumen clinic, which is the largest civilian-led vaccine site in the country, with the capacity to serve up to 22,000 people per day, if vaccine supply allows.

Rapinoe said this past year has been difficult in many ways, which is why they wanted to be part of the effort to help people get vaccinated.

"It's been so much sadness and grief," Rapinoe said. "Obviously, we know the death numbers and how many people have gotten it. We know just how much COVID has touched people's lives and how much a struggle it's been. For us to do something positive and exciting is really cool."

Yes, that is ⁦@mPinoe⁩ and ⁦@S10Bird⁩ welcoming people, checking symptoms at the Mass Vaccination clinic at ⁦@lumenfield⁩.

People age 16 years and older who are pregnant or have a disability that puts them at high risk will also be included in this phase. 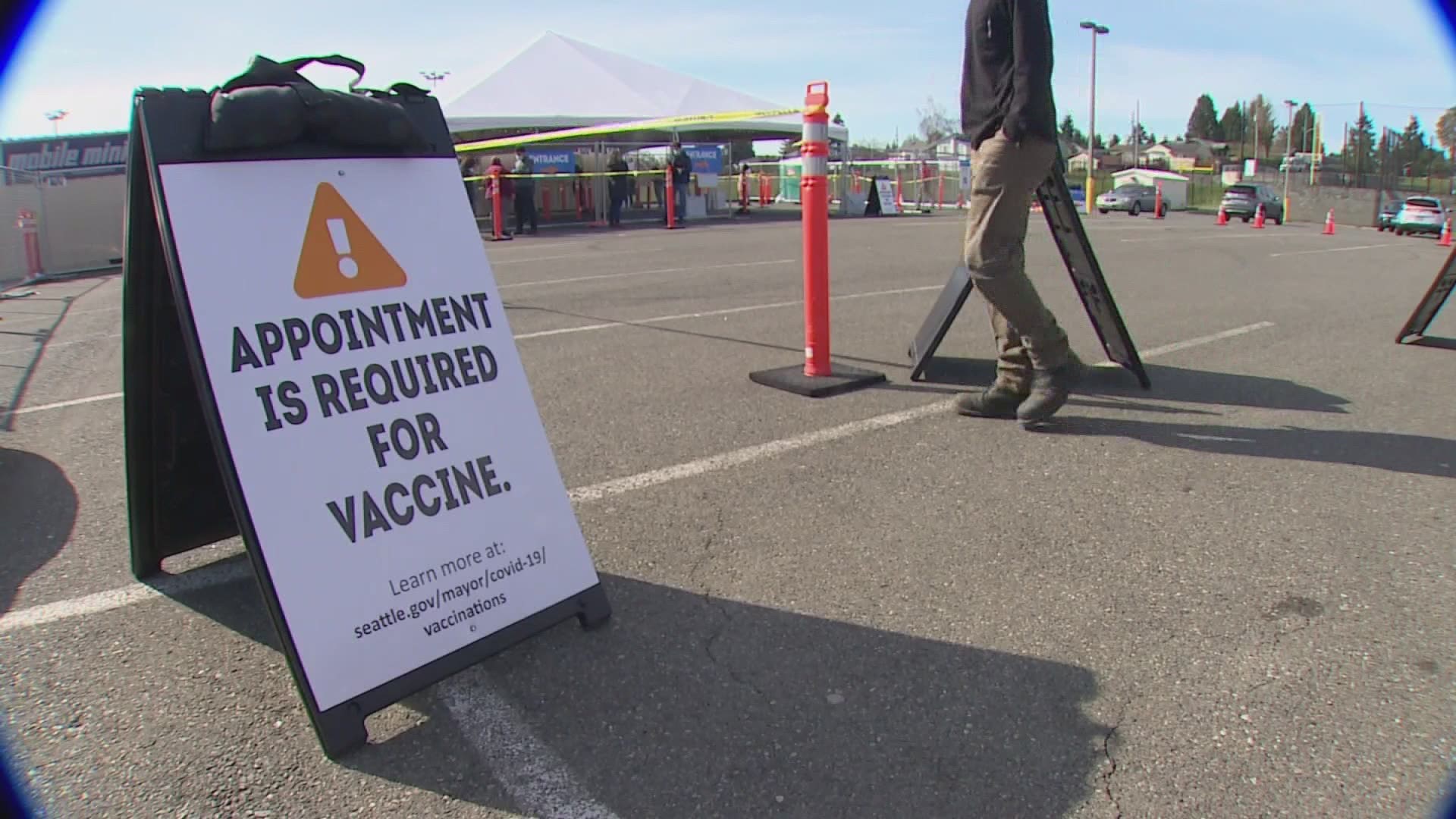