One western Washington county with fewer people than Skagit County got more doses of the coronavirus vaccine. 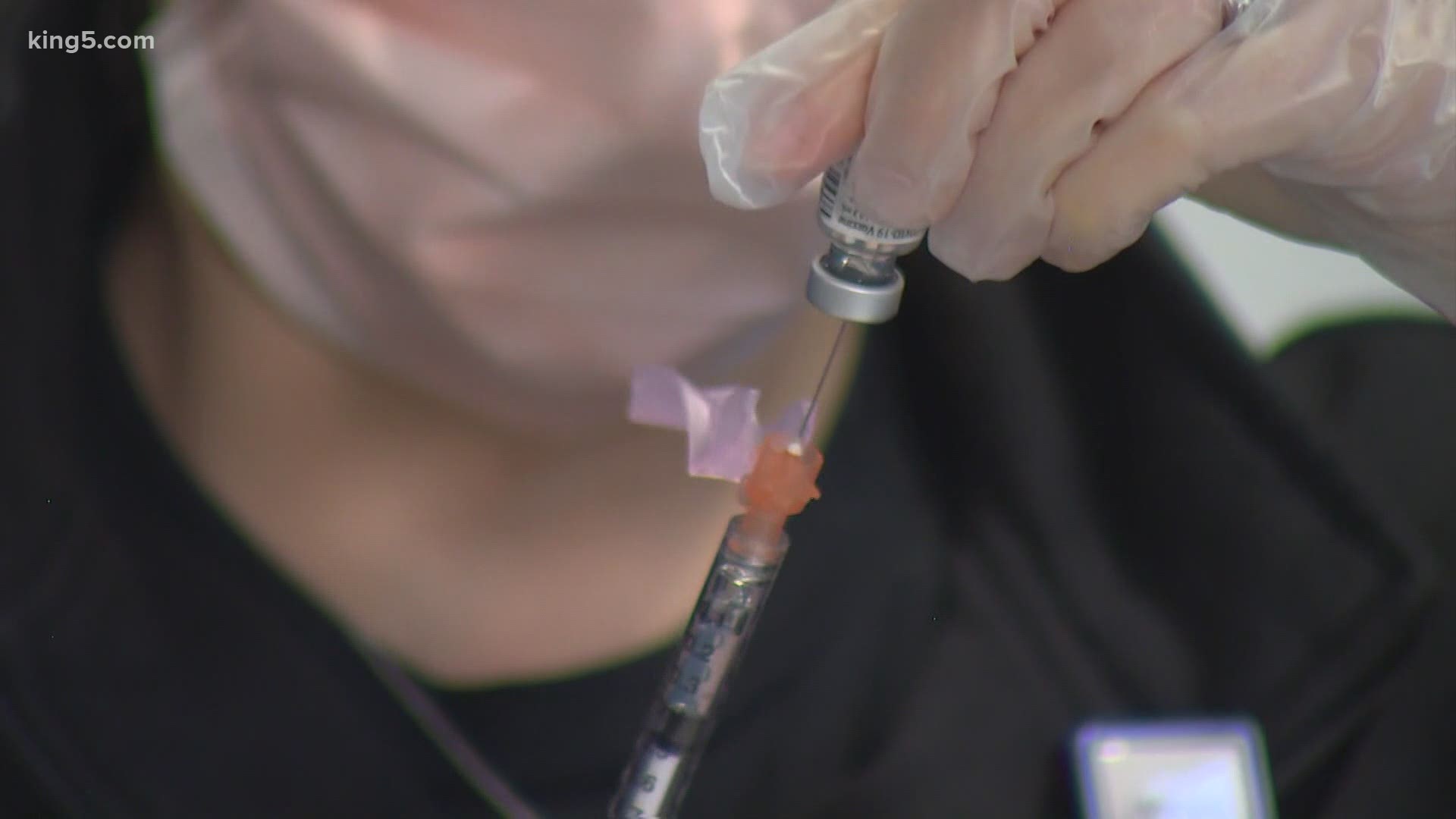 SKAGIT COUNTY, Wash — As counties across the region eagerly distribute doses of the COVID-19 vaccine, the work in Skagit County is going painstakingly slow.

"Our system is completely underwhelmed by the amount of vaccine we're receiving," said Skagit County Health Officer Dr. Howard Leibrand. "We could be vaccinating a lot more people than we are now."

Island County, with about 44,000 fewer people, got 3,950 doses. That's more than two and a half times what Skagit received.

Whatcom County, with a population a little less than double Skagit's, was delivered 8,100 shots – six times more than its neighbor to the south.

RELATED: Doctors at small clinics struggling to get COVID-19 vaccines in Washington

Skagit County officials sent a letter to the governor and Washington State Department of Health citing "growing concerns" over the "geographically disproportionate allocation of vaccines," a "lack of clarity" in the decision making process and a "definite lack of consistency" from the state.

Leibrand says the county hasn't received an explanation from either party at this time.

KING 5 News tried to get some clarity from the state about these inconsistencies and what's being done about them, but calls and emails were not returned by news time.

Compounding frustrations is the fact that during week three of the rollout, Skagit County didn't receive any COVID-19 vaccinations at all.

Leibrand says that could be a matter of life and death.

"You never know whether you're saving a life by giving a vaccine this week that you wouldn't have saved if you gave the vaccine next week," Leibrand said.

Liebrand believes the situation will work itself out soon, but it can't be soon enough.

"You give me the vaccine, and I'll get it into peoples' arms," he said. "In the meantime, we will continue to make plans for that."