As COVID-19 supply outpaces demand in Seattle, city leaders are starting pop-up vaccine clinics to meet people where they are at and administer more doses. 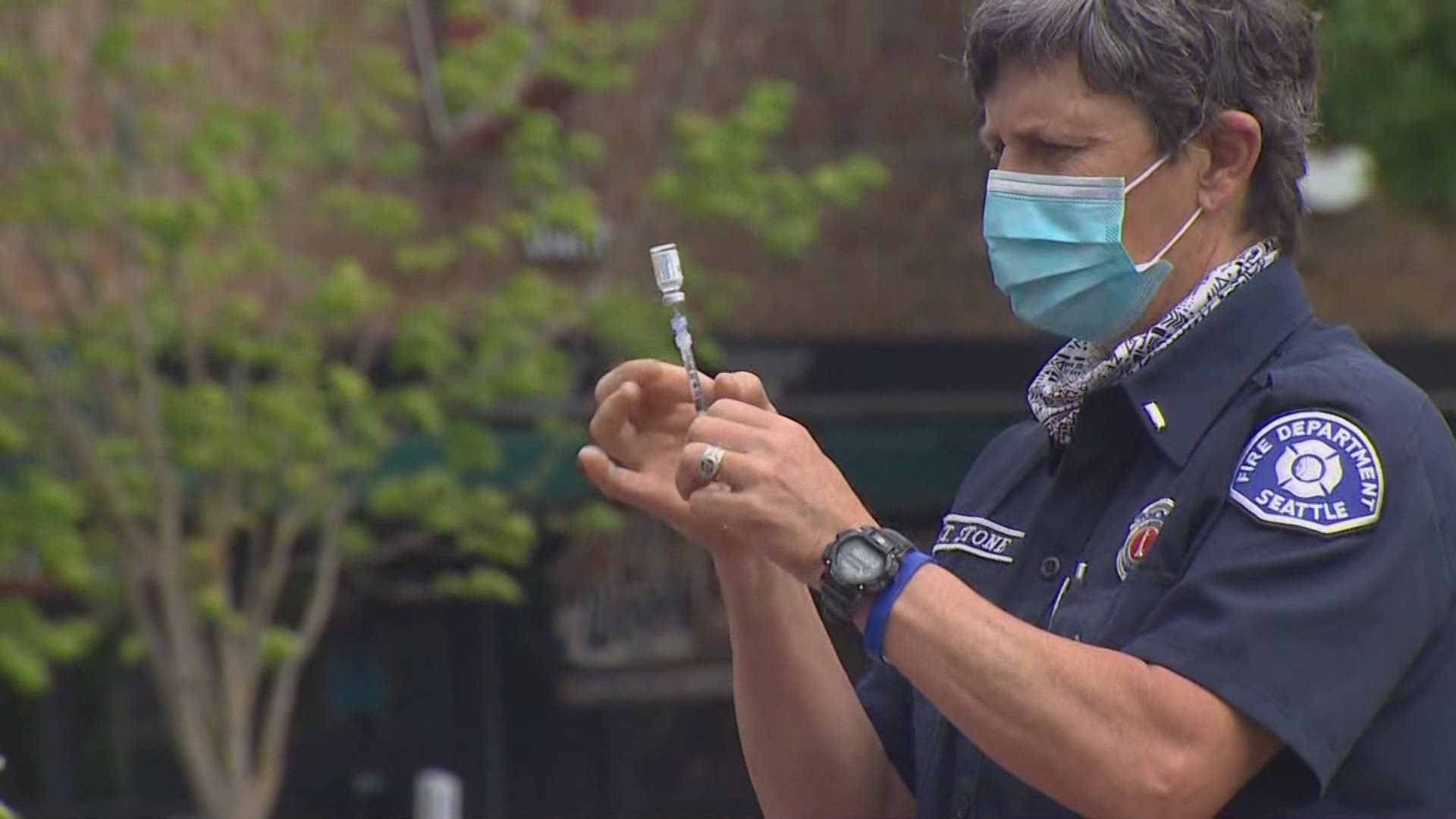 SEATTLE — The City of Seattle is adjusting its approach for getting people vaccinated against COVID-19. The city said the next phase includes meeting people where they are located.

"There a lot of people who it's been harder for them to get to vaccination sites, or they have some hesitancy, language barriers, work barriers, we want to make it as easy as possible," said Mayor Jenny Durkan.

The mayor's office said in the coming days and weeks people will see COVID-19 vaccine clinics in parks, on beaches, and even in busy business centers.

Two notable locations are at Sounders and Mariners games. Both teams said for home games they've partnered with the Seattle Fire Department and Virginia Mason to create pop-up vaccine clinics throughout Lumen Field and T-Mobile Park.

"We will be promoting it very heavily inside the ballpark. From the time that you come in, when the gates open at 5:10, we'll be making lots of announcements about it," said Seattle Mariners Senior Director of Public Information Rebecca Hale.

At Sounders and Mariners games fans can get their first dose of the Moderna vaccine and be signed-up for the second dose at a Seattle mass vaccination site or they can get the one dose Johnson & Johnson vaccine. For both teams, people can do the 15 minute observation period from their seat.

"There are so many Seattle EMTs inside T-Mobile Park that if someone did have a reaction, they could be there within just you know, seconds to make sure that they were okay. So, Seattle Fire Department told us that they thought it was fine for folks to just go back to their seats while they waited," said Hale.

At Sunday's Sounders match against the LA Galaxy, city officials said 83 doses were administered. The mayor's office said the city had no expectations for the event.

"Those 83 vaccinations show that when we meet people where they are, we will find new, unvaccinated folks. Each new person vaccinated is a victory," said Kelsey Nyland with the mayor's office.