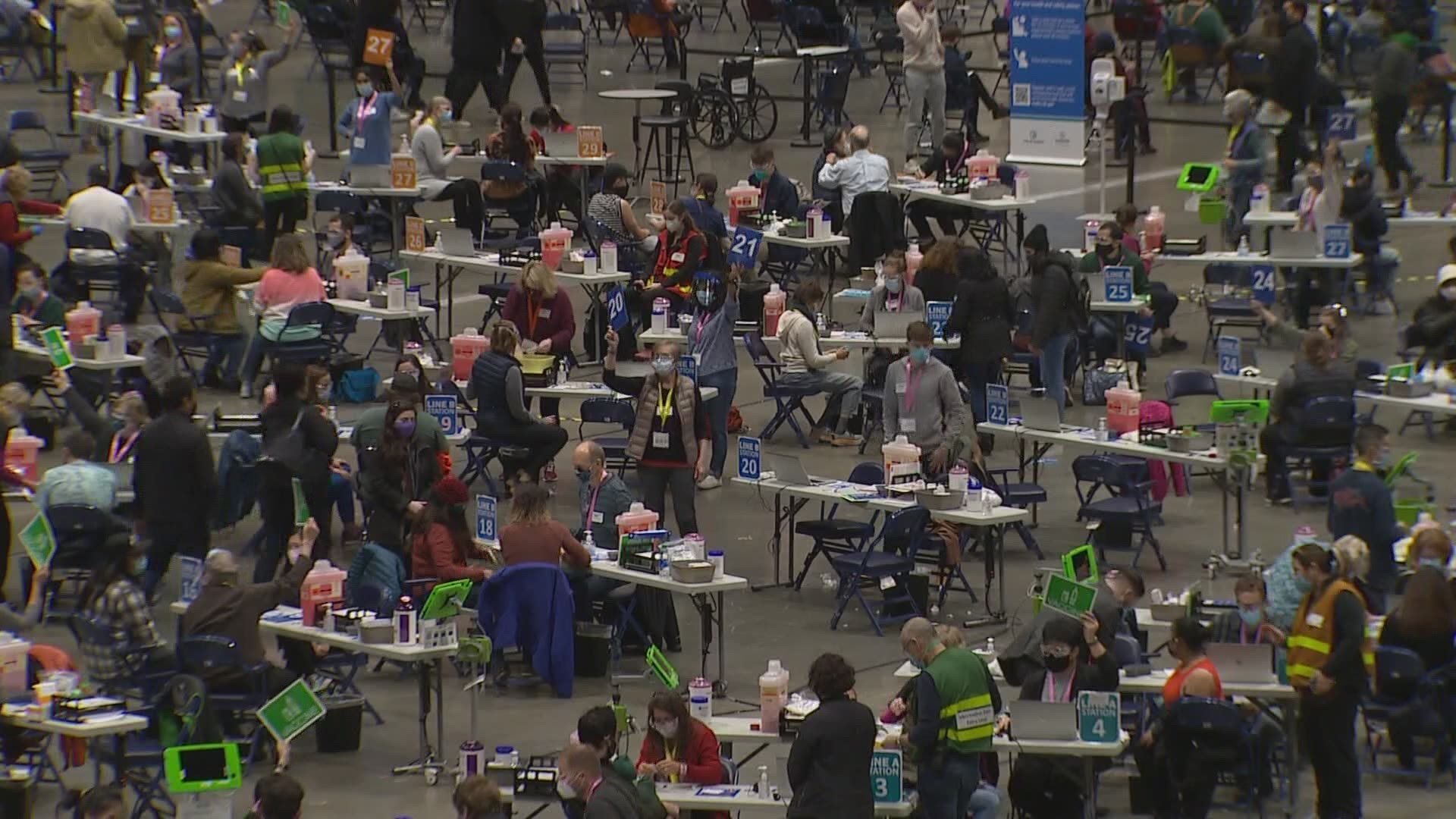 SEATTLE — The city of Seattle plans to close its fixed COVID-19 vaccination hubs and focus on its mobile vaccine efforts this summer.

The city announced the closures Wednesday, citing the city’s high vaccination rates as one of the reasons. As of Wednesday, more than 76% of Seattle residents who are 12 and older have started the vaccine process, and more than 60% are fully vaccinated, according to the city.

King County aims to fully vaccinate at least 70% of its population.

“Now that the vast majority of Seattleites have begun the vaccination process, we are able to safely reopen and recover as a city – without the need for our fixed sites,” Seattle Mayor Jenny Durkan said in a statement.

RELATED: This Seattle man already received his third shot of the COVID-19 vaccine

The Seattle Fire Department’s mobile vaccine teams will continue working throughout the summer, focusing on vaccinating youth, who most recently became eligible for the vaccine and are underrepresented in vaccine coverage.

The fire department will also operate the city’s only remaining fixed vaccine site in the SODO neighborhood. Durkan announced Tuesday that the SODO site, which previously only provided COVID-19 testing, would also begin administering vaccines “well into the summer.”

The Seattle closures come as Washington state also shutters some mass vaccine sites. Last week the state announced it would close two sites at the Clark County Fairgrounds in Ridgefield and the Benton County Fairgrounds in Kennewick. Sites in Spokane and Wenatchee will remain open, although the Chelan-Douglas Health District will now run the Wenatchee site.

Lacy Fehrenbach, deputy director for the Washington State Department of Health, said the state will take a "caravan" approach to vaccinations and try to reach untouched pockets of the population. The state is also changing its guidance to allow for any Canadians looking for a vaccine to get one.

"We have given our providers flexibility to vaccinate people from Canada, if they present in their clinics or, you know, a traditional clinic or a driver, or pop-up mobile clinic," said Fehrenbach. "You know I, I just want to reiterate the point COVID is a threat to us in Washington state, as long as it exists in the world."