People who visit certain pop-up COVID-19 vaccine clinics in their neighborhood may get a free lunch, coffee, or even ice cream from a partnering business. 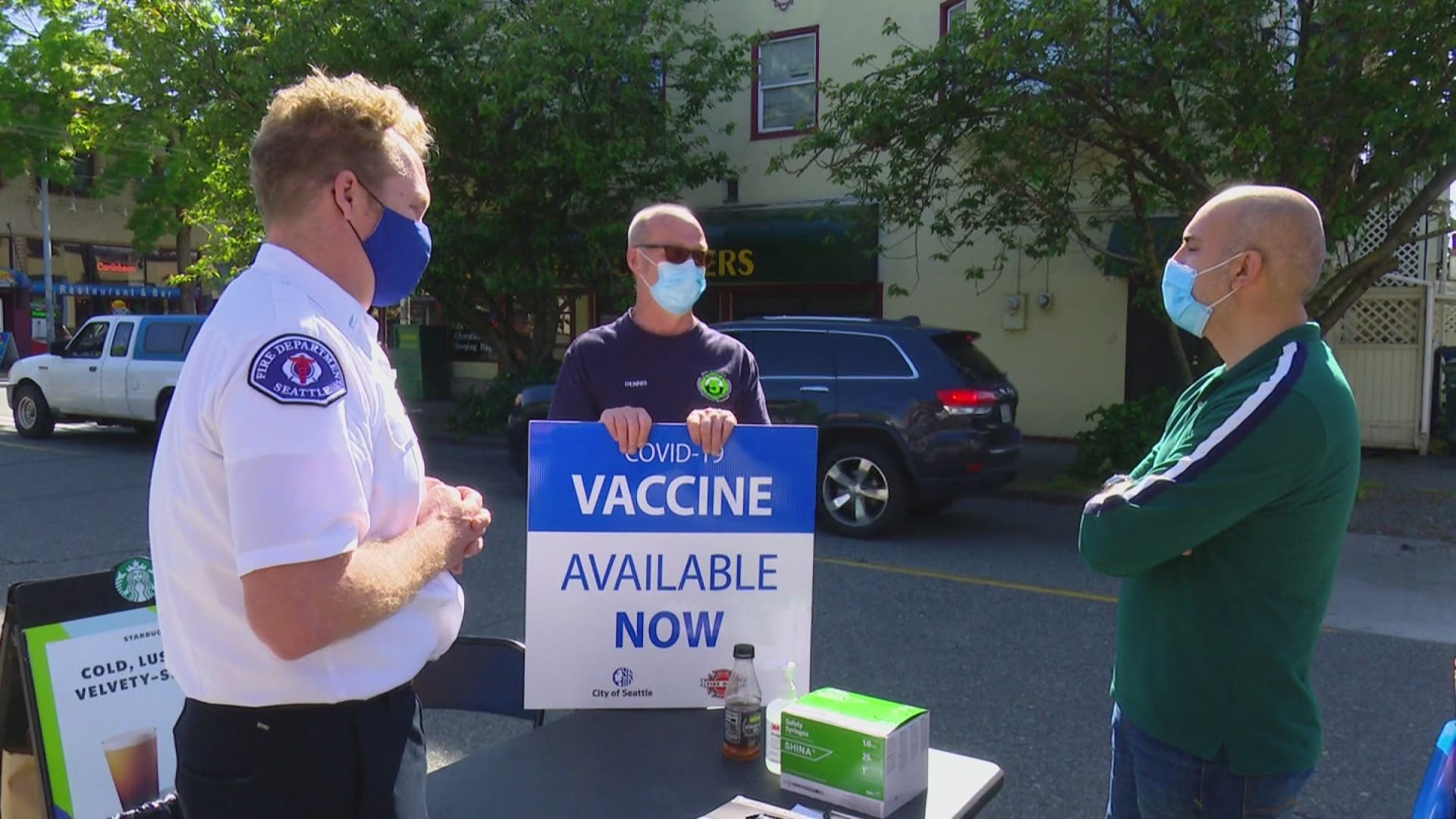 SEATTLE — The City of Seattle is getting creative with new incentives to reach people who want to get their COVID-19 vaccine but haven't gotten around to doing it yet.

And that's by offering free stuff.

"We're entering a new chapter of vaccinations where it's really about reducing barriers as low as we can go but also offering people incentives to get vaccinated," said Brian Wallace, acting fire captain with the Seattle Fire Department, and who leads COVID-19 testing and vaccination outreach efforts for the city.

Seattle Fire has already partnered with Dick's Drive-In to offer free cheeseburgers for those who show up for their vaccine at the pop-up clinic there.

Wallace said at least 80 people were vaccinated from the efforts at Dick's Drive-In, along with a pop-up clinic at the QFC grocery store in Seattle's Wallingford neighborhood.

"They don't seem like much, but there are a lot of people that wake up not planning to get vaccinated and they don't have strong feelings against it, but if you make it easy, and you throw in a free lunch, or a free ice cream or a coffee, it might just be the thing that gets them to come out," Wallace said.

Husky's Deli in West Seattle will offer its popular ice cream to the first 50 people who get their vaccine at the pop-up clinic this Saturday.

"If someone said to me, did you get a vaccination and to get a free Husky's Deli ice cream? I would be the first in line for that deal, I can tell you that," said Lora Radford, executive director at West Seattle Junction Association.

Seattle is partnering with other local businesses this week to offer incentives during pop-up clinics this Thursday and Saturday, including free coffee at Fremont Coffee and free ice cream at Salt & Straw in Ballard.