The Trump administration recently decided to change course and release all available COVID-19 vaccine doses, instead of holding some back as a "safety stock." 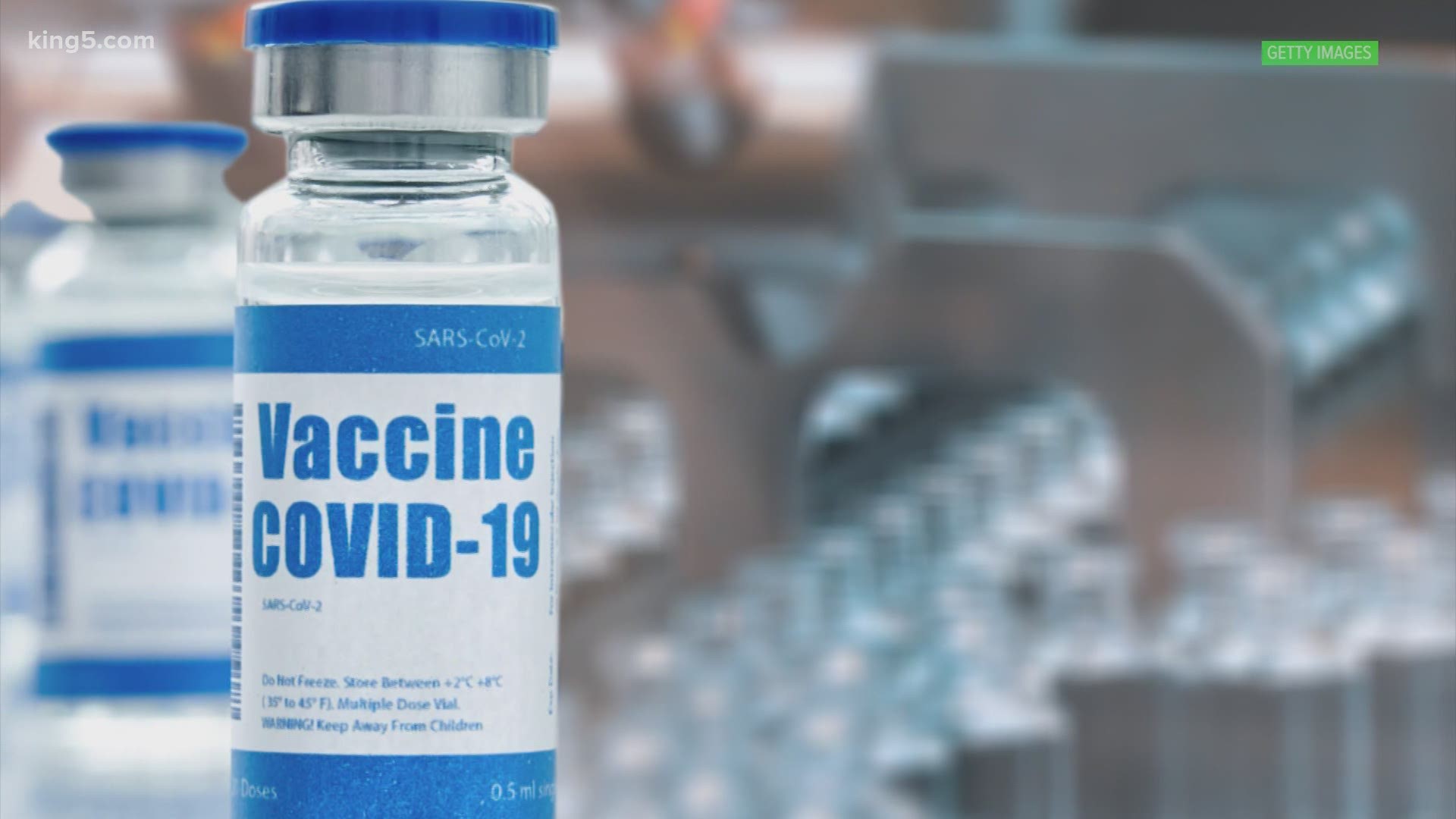 The slow rollout of the coronavirus vaccines in Washington state and across the country has been frustrating on many levels.

On our KING 5 Facebook page, we got nearly 200 comments about Gov. Jay Inslee joining with eight other governors, asking the federal government to release more doses of the vaccine.

And now, that's happening. But is it the right decision?

Last week, the incoming Biden administration announced it would release all of the government's doses of the coronavirus vaccine as soon as Joe Biden takes office.

The Trump administration had been holding millions of doses back.

To find out which philosophy was right, we consulted with Dr. Larry Corey of Fred Hutch, who is the vaccine point person for the entire country. He oversees all of the trials in the U.S.

The Trump administration has been holding back millions of vials of the Pfizer and Moderna vaccines as a "safety stock."

But that approach was widely criticized, because of how many Americans need to get vaccinated and how many now need to get their booster shot on time.

This week, Health and Human Services Secretary Alex Azar announced the government's production pipeline had improved, so the Trump administration will in fact, release all of its doses.

Corey said that's imperative because the timing of the vaccine's booster shot matters.

"I think the real issue has been: delivering all the doses that have been manufactured on time," he told KING 5.

The reversal by the Trump administration helps prove that holding millions of vials back is not necessary and releasing all of the COVID-19 vaccine doses is the right decision.