Short supply and errors by some providers have resulted in some Washington residents struggling to find their second dose of the COVID-19 vaccine. 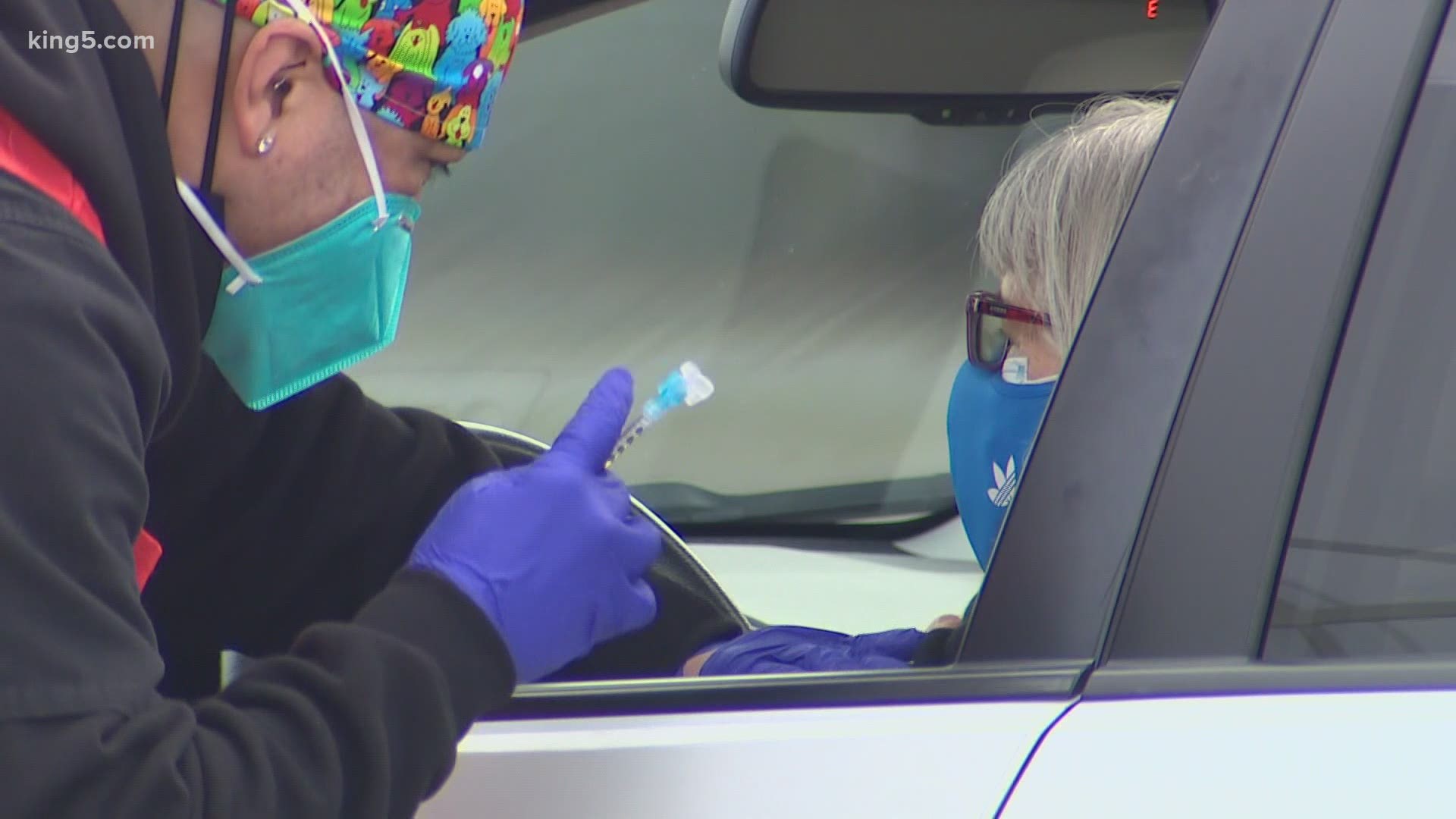 CAMANO ISLAND, Wash. — Washington State Department of Health says it’s working to ensure everyone gets their second dose of the vaccine. But KING 5 has learned, many people are running into problems getting that booster shot.

Sandy Allianic became concerned about being able to get a second dose after she and her husband received their first shots.

They got their vaccines as soon as they were eligible. They have been touched by the dangers of COVID-19.

“We have had a friend that died from it, we have a friend now that just got home after being in the hospital for 12 days,” she said.

She booked an appointment two hours from their home.

“We live on Camano Island, but we have to go to Whidbey Island, Coupeville to get it,” Allianic said.

They made appointments for their second doses on the spot, but shortly after were told by the provider there might not be enough supply to get the booster.

This sent Allianic into a frantic search.

It turns out, Washington is getting a lot fewer second doses than first.

This week, according to the Department of Health, Washington received 107,000 first doses, and only 59,000 second doses. That number is about 15,000 less than providers requested.

The uncertainty over how many second doses there would be had some vaccine providers not scheduling second doses at all.

Thousands in Snohomish County were told to find another place to go for their booster after second dose appointments weren't made at their county-run sites.

“This is another one of the bumps in the road,” said Snohomish County Health Officer, Dr. Chris Spitters.

The county is now contacting people in need of second dose appointments by email to get it scheduled, and county officials said they are working on a new system to prevent this from happening in the future.

“We are working diligently with a new technology that we will be rolling out to make sure that folks can get their second appointments scheduled and also a technology that will allow us from the outset to schedule second doses at all of our sites and we believe we’ll be able to create a waitlist with that technology as well,” said Jason Biermann, Snohomish County Department of Emergency Management.

On a state level, the Department of Health said some providers mistakenly gave vaccines meant as boosters to people getting their first shot.

“There was some confusion among providers over the last couple of weeks and unfortunately we did have some second doses used as first doses, which is kind of creating a quench for second doses right now,” said Michele Roberts, Assistant Secretary of Health.

She said the state is working to sort of the issues surrounding access to second doses.

Allianic is one of the lucky ones, she was told the day before her appointment there was enough vaccine to get the second dose.

But she knows thousands of others aren't as fortunate.

"Why are they opening up these big massive sites and giving out 2,000 vaccines a day when we cannot get second ones here? They need to make sure that those who got first doses get their second,” she said.

Allianic plans to volunteer at a vaccine site to help in whatever way she can.

“I just hope that the vaccine become available and everyone take it seriously and get vaccinated,” she said. “We need to start getting this under control, so we get our lives back again.”

RELATED: VERIFY: What happens if I get the 1st dose of the COVID-19 vaccine but delay the 2nd?