Numbers from the state show Oregon has received more than 130,000 doses of the vaccine and only administered 30,000 shots. 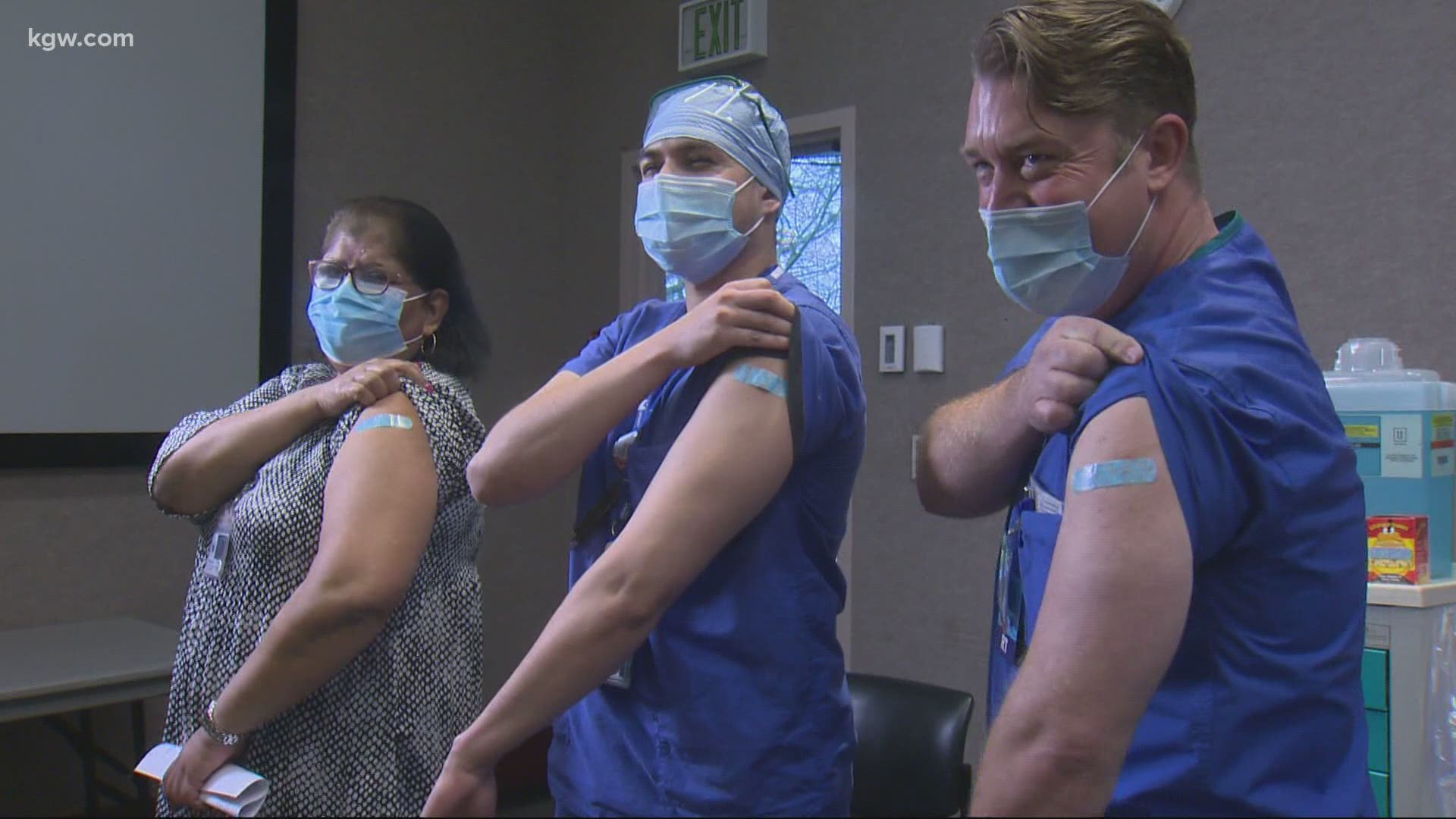 PORTLAND, Ore. — The federal plan to administer the COVID-19 vaccine may be called Operation Warp Speed, but it seems like Operation Barely Moving in states like Oregon.

Numbers from the Oregon Health Authority (OHA) show while the state has received more than 130,000 doses of the Pfizer and Moderna vaccines, only 20% of that supply has been administered to healthcare workers.

Oregon Health Authority spokesman Jonathan Modie said there are a few reasons for the delay of this statewide effort:

"They're scheduling in a way that: They're not taking out an entire unit at a health facility if, potentially, most of the people who've gotten vaccinated during that scheduled day have side effects," said Modie.

But all of these issues were known before the vaccine was approved.

So, why wasn't Oregon more on the ball or prepared to administer more doses like on Christmas Day, when just 11 shots were given statewide.

Modie said with the holiday, there were most likely fewer people around to give the shot or get it.

Modie said the state could be doing a better job of getting the shots administered in a more timely manner.

"Yeah, of course. We could be and we are working with the providers to find the ways of improving their efficiency," said Modie.

Modie said as more providers receive the doses, the numbers will go up.

Do you have a story idea for Cristin? Let her know. Email her at CallCristin@kgw.com

RELATED: Oregon officials on the lookout for new COVID-19 variant as US reports first case