Department of Health officials said of the more than 356,000 doses of the COVID-19 vaccine delivered, only 59,491 doses had been administered as of Wednesday. 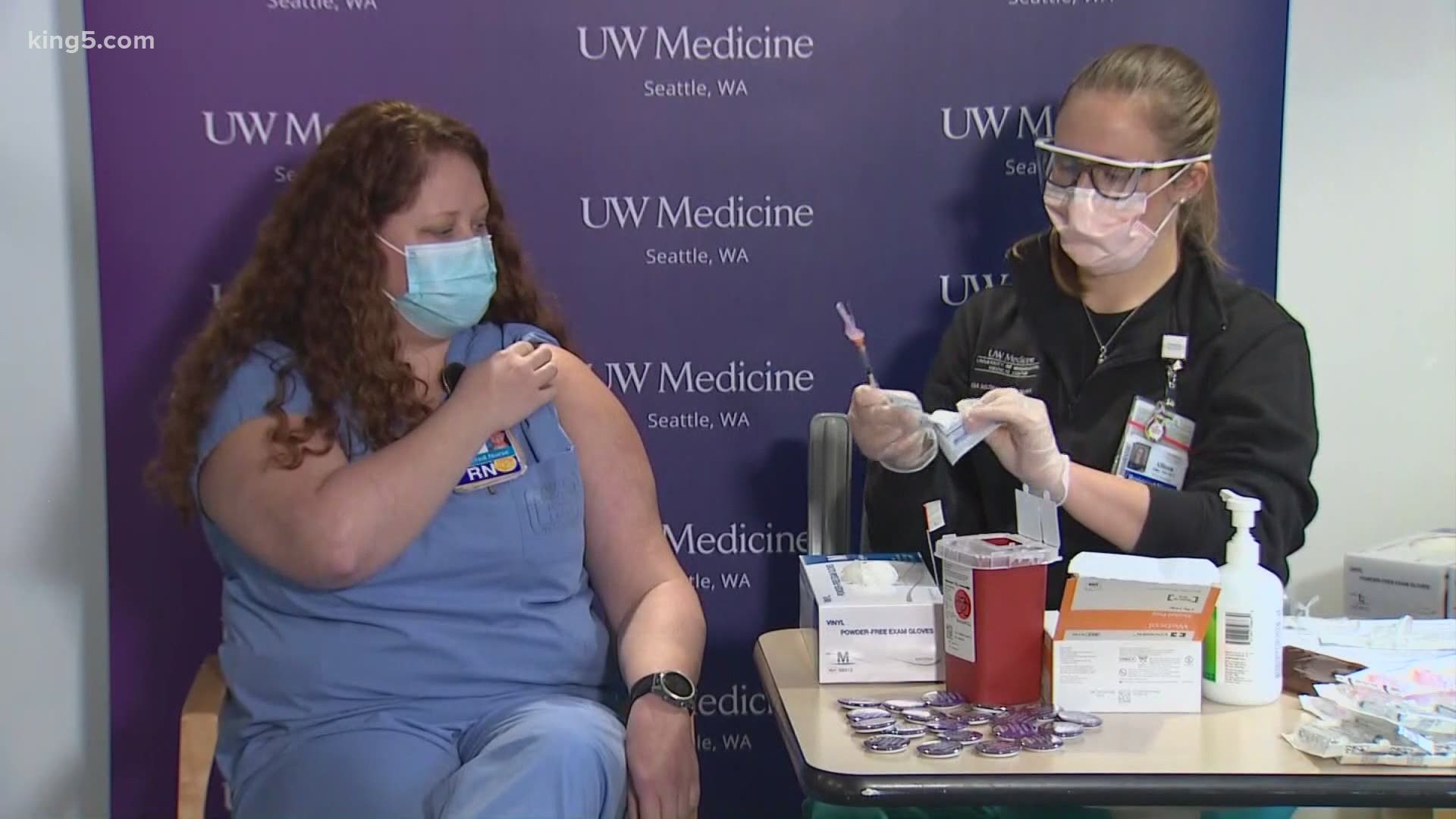 SEATTLE — Data from the Washington state Department of Health shows only a fraction of the more than 356,000 doses of the COVID-19 vaccine delivered here have been used.

During a briefing Wednesday, health officials said less than 20% of the distribution — 59,491 doses — had been administered as of Wednesday morning. Health officials blamed some of the delays on the holidays, as the Moderna vaccine arrived in the state on Christmas Eve.

Other states across the country are showing similar trends. Data from the Centers for Disease Control and Prevention show more than 12 million doses of the COVID-19 vaccine have been distributed to states, but so far less than 3 million people have received their first dose.

The health department estimates that about 500,000 people qualify for vaccination in the top priority group, named 1A, which includes high-risk workers in health care, first responders and residents of long-term care facilities.

To speed the pace of vaccination in some areas, the health department announced Wednesday it was expanding the definition of the 1A category to allow extra vaccine to be distributed to health-care workers who are not on the front lines.

"We need to deliver vaccine as quickly as possible and we have to get it to the right people as quickly as possible, so that’s the reason we made this additional pivot to add to or augment our 1A category because we want to make sure that, ultimately, vaccine gets out as quickly as possible to the state of Washington," said Secretary of Health Dr. Umair Shah. "And with just shy of 60,000 people [vaccinated] across the state, we have a lot of work to do and we are going to do that work, but it’s going to take time."

Health officials are expected to announce who will be in the next phase of vaccinations next week. Those vaccinations could start mid-to-late January.

Watch the latest update from the Department of Health: