The Shoreline Fire Department says it can set up a fixed clinic to address the north end's lag in vaccination rates, but King County says there isn't enough supply. 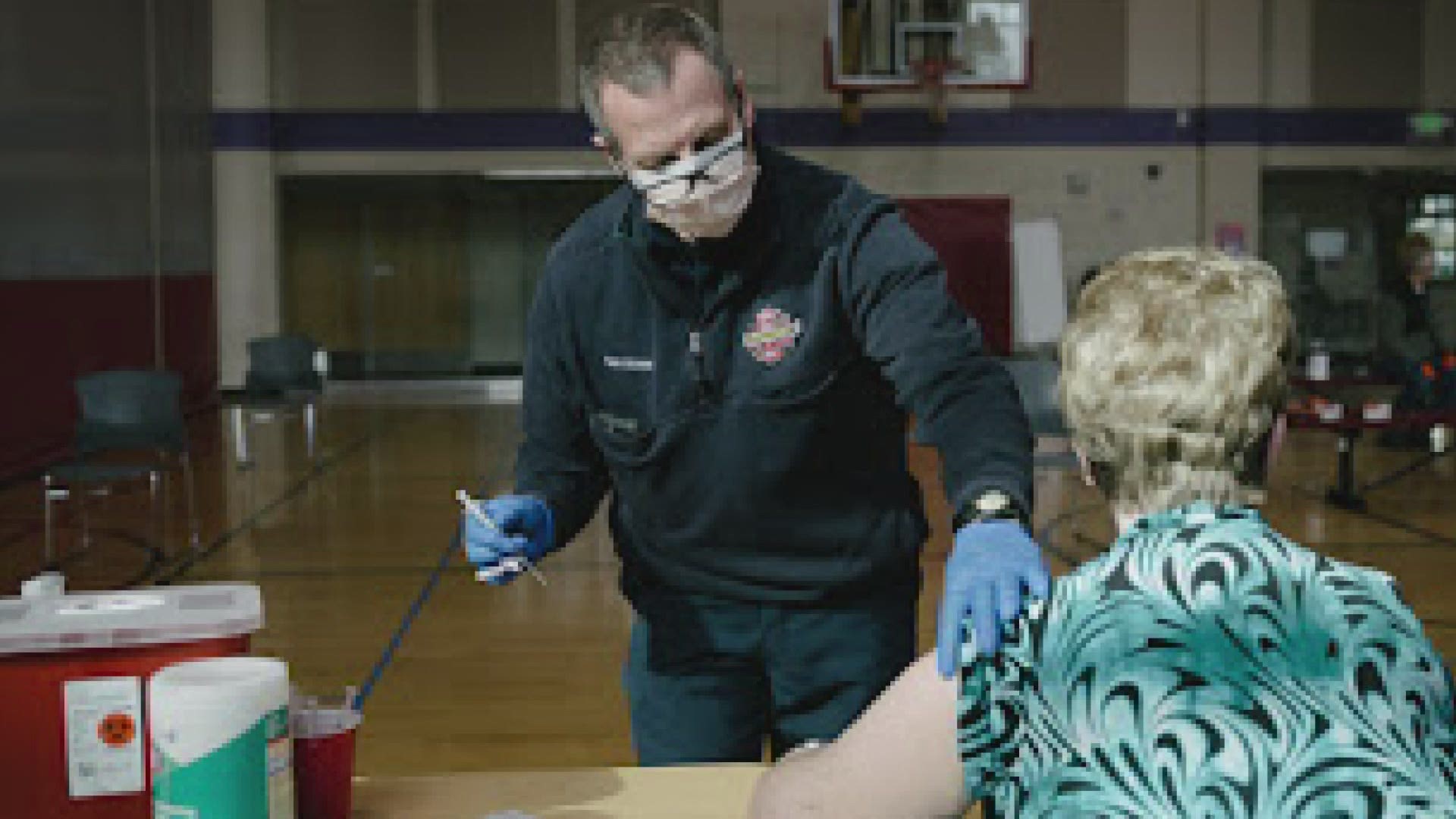 SHORELINE, Wash. — Terry Cumpton said her older neighbors are struggling to find access to COVID-19 vaccines in the north end of King County and that options are very limited.

The Shoreline Fire Department has proposed setting up a fixed clinic to address the need in the north end, but they said King County has focused its supply on Lumen Field and south end mass vaccine clinics.

"It's very frustrating," Cumpton said. "They're funneling everyone to Lumen Field or you're waiting for the 30 or 40 appointments available at a pharmacy. That'll take forever."

Public Health -- Seattle & King County has a mass vaccination site at Lumen Field and three more in the south end, but there are none to the north. That's despite the fact the north end has one of the county's lowest vaccination rates for people 75 and older.

"All we wanna do is put shots in arms and get everybody vaccinated," said Shoreline Fire Chief, Matt Cowan.

Cowan believes he could have a fixed vaccination site up and operational in 48 hours, or less. But when the City of Shoreline asked the county health department for vaccines, it was denied.

"It's frustrating because we wanna get everybody vaccinated and we haven't been supported in the way that we believe we need to," Cowan said. "We're ready to go. We've got the people. We've got everything set up. We just need vaccines."

The fire department has been sporadically administering vaccines at pop-up clinics like one held recently at the local YMCA. Given the sparse number of doses the department has been provided, however, they're typically only able to give out 100 shots per day. A fixed clinic could vaccinate 10 times as many people.

A spokesperson for the health department said it's not providing vaccines to the proposed north end site because "supply is still lagging far behind demand," adding there is still just "one dose for every 9 that are needed."

The county suggested the Shoreline Fire Department apply to be a "preferred provider," like a pharmacy, but the chief said he was advised against that.

"The time it would take for us to become a provider, assuming we were approved, there would still no guarantee of supply. We've been told not to waste our time."

Cowan thinks King County should reallocate some of those south-end shots to the north.

"We just need to get more vaccines to more people and it needs to be spread out so we can protect all of our communities."

A King County spokesperson said it is likely more doses will be distributed to north-end providers, but there is no current timeline.