Frustration mounts in Kent where 6,000 people signed up for only 100 COVID-19 vaccine doses

Kent Family Practice was given 100 doses of the COVID-19 vaccine from the state, but 6,000 people made appointments in three days. 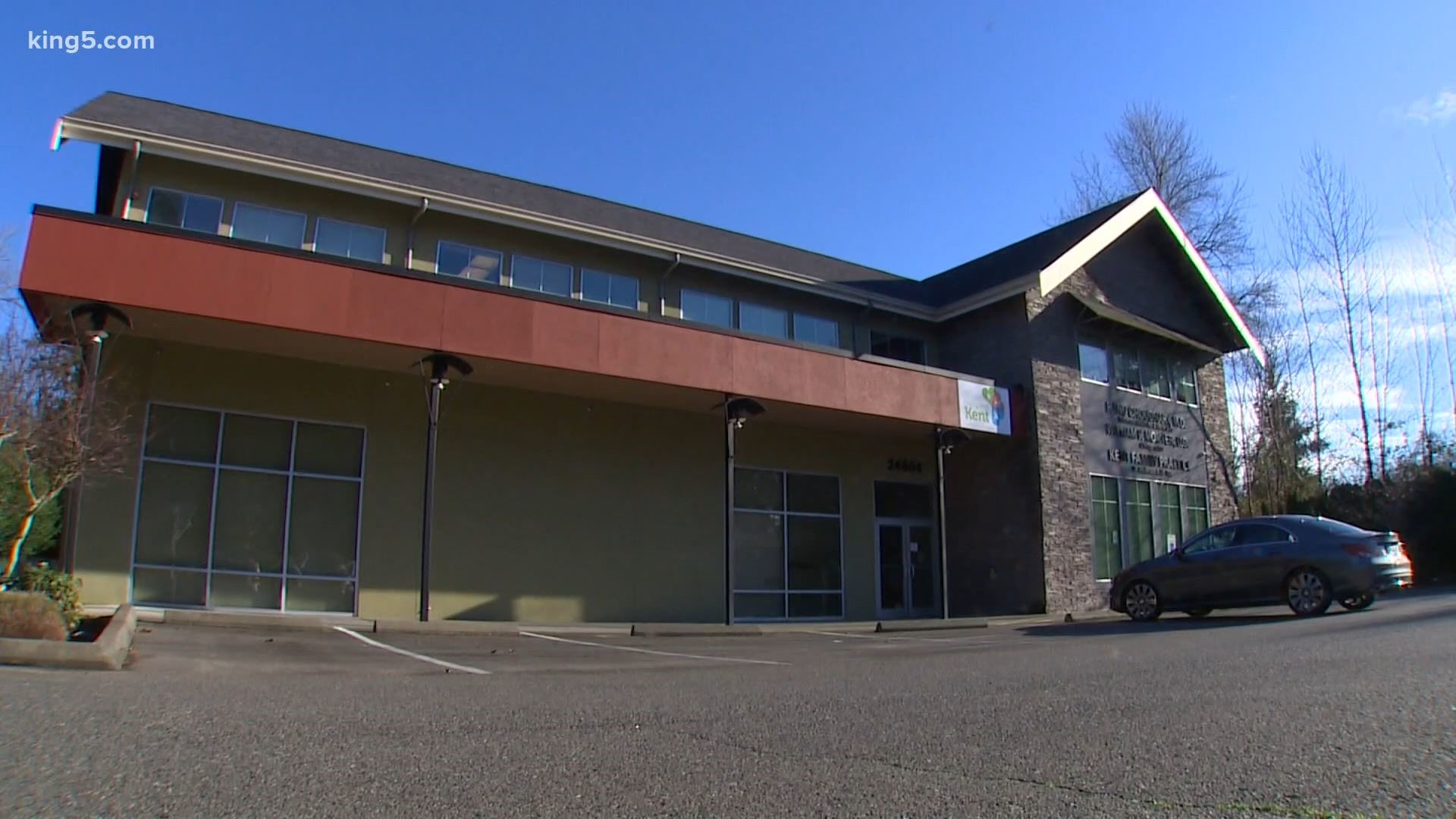 KENT, Wash. — About 6,000 people who made an appointment to get a COVID-19 vaccine at a Kent medical practice will be turned away after the provider was only given 100 doses by the state.

But compounding the problem, the provider, Kent Family Practice, said the crush of requests hobbled their software, meaning they haven't been able to get back to all the patients to let them know that their appointments are canceled.

That's what happened with Rex Carlin and his grandfather.

Carlin started looking for a vaccine appointment for his 89-year-old grandfather as soon as the state moved into phase 1B1 and found Kent Family Practice on the Washington State Department of Health’s website.

“I went onto the online scheduler, and I got an appointment for next week for my grandfather,” Carlin said.

But he never got a confirmation email so, he called, and emailed multiple times, and didn’t hear back.

“Haven’t heard anything back from anybody, no callbacks, nothing,” he said.

A family member drove to the clinic and found a note posted on the door.

It read: “If you have a pending appointment, do not enter the building. Your appointment is not approved, is not confirmed and will not take place today.”

“The frustration for us to find out this appointment that we scheduled isn’t happening, but that we don’t actually know anything from the doctor’s office perspective, is extremely frustrating,” Carlin said. “To make people go down there, in person, and find out as they're walking in that they don’t get a vaccine, is horrid. Now my grandpa’s out of luck to get the vaccine for the next however many days or weeks.”

“We were approved to give vaccine, and a shipment was in the works. We were posted on the public site, but we had no physical vaccine in the clinic,” he said.

He said they applied for 3,000 doses of the vaccine per week, per clinic.

But the state only gave them 100 doses total, and they don’t know when they’ll get more.

“Our three clinics treat 22,000 active patients. One hundred doses doesn’t get an inch into treating our own patient population, let alone make a dent in the community,” Andersen said.

He said he understands the frustration and anger.

“We had a patient in here yesterday that literally was throwing things at the receptionist because she couldn’t leave with a vaccine,” he said.

He admits there was a lack of communication with patients.

“A very frustrating lack of communication on our end, and it’s not adequate and in a way there’s no excuse that we can make for it aside from, every system we have is broken,” he said.

According to Andersen, their system was flooded with appointment requests as soon as they were listed on the Department of Health's website.

They were unable to shut it down for three days and in that time over 6,000 people made appointments.

“We have not found a way to respond back to people in the volume they’re able to put in requests, and emails and questions. In response, we’ve tried to shut down every system we have that accepts calls, emails and new appointments.”

Andersen created software to respond to appointment requests and emails. It’s running on 10 computers, around the clock, but he said it could take days before he gets back to everyone.

“We don’t control how many doses we get, and we don’t really know what’s going to be in that box until we open it up,” he said. “Our hope is that we can get higher allocations in the future.”

As of Friday, the state had distributed 719,475 doses of Pfizer and Moderna vaccines, according to the Department of Health. Both vaccines require two shots, several weeks apart.

About 325,051 Washington residents have received one shot and 63,046 people — less than 1% of people in Washington — have completed the vaccination process, according to state figures.

The vaccine has been in high demand around the state. Hundreds of people waited for hours in their cars in Sequim at a community vaccine clinic and many were turned away at a walk-in clinic at SeaMar in Federal Way.

As for Carlin and his grandfather, they’re back to square one.

“Well, we just go back to that website, the state’s website, and go up and down the links and see who’s taking appointments,” he said. “What are we supposed to do? We didn’t think we had to go try and find two or three different appointment windows at different places to hopefully get one that works.”