The DOH said the use of the J&J vaccine will be put on hold until the state receives further recommendations from federal partners on how to move forward. 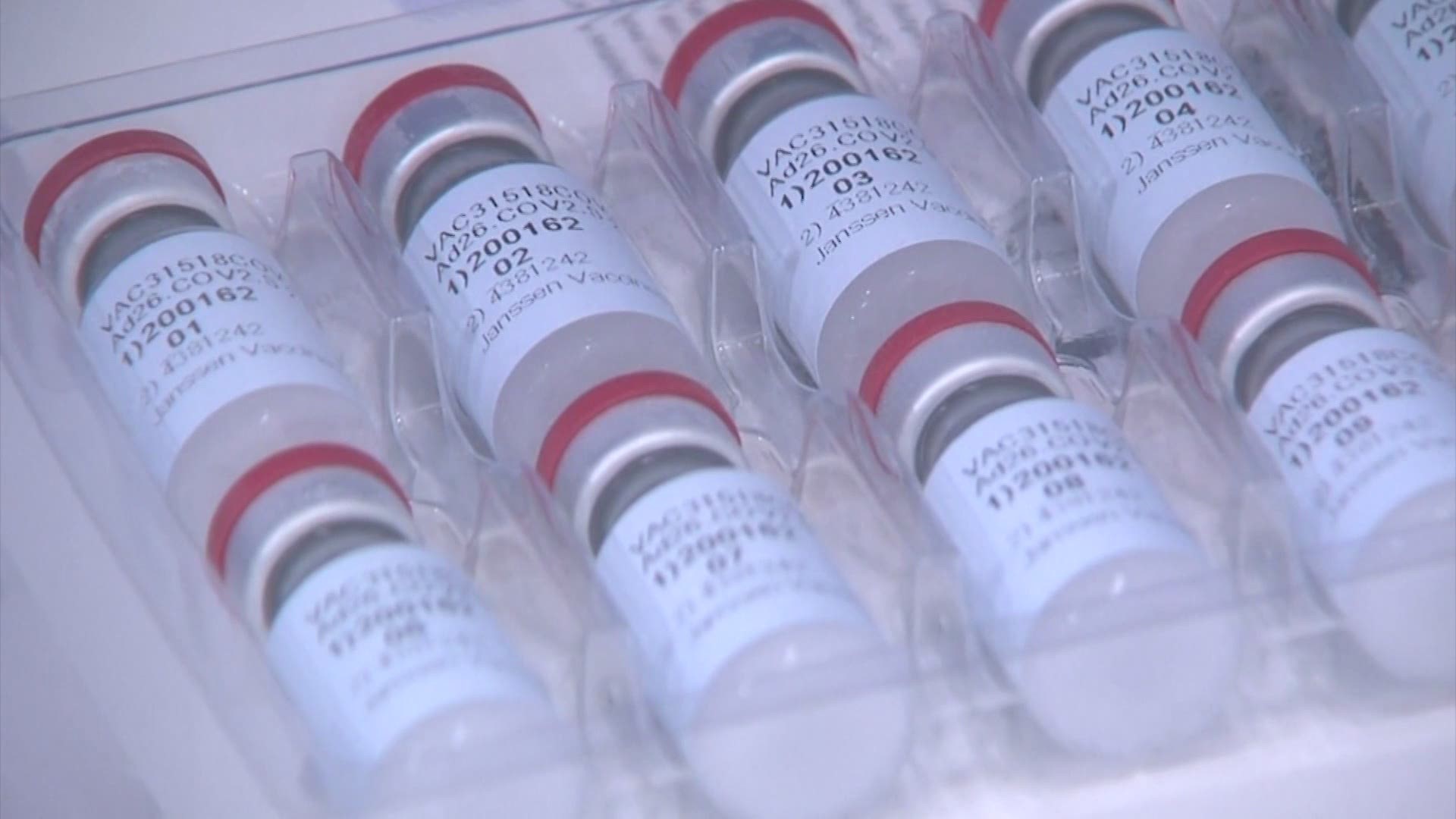 The decision comes following a recommendation from the Centers for Disease Control and Prevention (CDC) and the Food and Drug Administration (FDA) after reports of very rare, but potentially dangerous, blood clots that occurred six to 13 days after vaccination.

The DOH said the use of the J&J vaccine will be put on hold until the state receives further recommendations from federal partners on how to move forward.

All six cases were in women between the ages of 18 and 48; there was one death and all cases remain under investigation. Federal health officials said the clots occurred in veins that drain blood from the brain and occurred together with low platelets.

WATCH: Department of Health officials discuss pausing use of J&J vaccine in Washington

At this time, the DOH said it is not aware that any of the six patients in the U.S. who experienced blood clots were Washington residents.

“This action is being taken out of an abundance of caution based on the appearance of a rare but serious side effect including serious brain blood clots (CVST) combined with low platelet counts in six patients, all women under 50,” the DOH said.

RELATED: VERIFY: What is cerebral venous sinus thrombosis (CVST) and what are common symptoms?

The DOH said the risk of complication is “very low at this time” for anyone who received the J&J vaccine more than a month ago.

However, anyone who received the J&J vaccine who develops a severe headache, abdominal pain, leg pain, or shortness of breath within three weeks after vaccination should contact their health care provider.

Mayor Jenny Durkan said anyone who had an appointment with the City of Seattle for the J&J vaccine will receive the Pfizer COVID-19 vaccine instead.

The Snohomish County Health District said Tuesday that vaccine appointments at Angel of the Winds Arena have been canceled. The mass vaccination site only administers the one-shot J&J vaccine. Anyone who had an appointment should check their email for more information.

RELATED: What to watch for if you got Johnson & Johnson COVID shot

Around 149,000 doses of the J&J vaccine have been administered in Washington, according to the DOH. The state has administered more than 4 million total COVID-19 vaccine doses.

More than 6.8 million doses of the J&J vaccine have been given in the U.S., the vast majority with no or mild side effects. The other two authorized vaccines, from Moderna and Pfizer, make up the vast share of COVID-19 shots administered in the U.S. and are not affected by the pause.

A CDC committee will meet Wednesday to discuss the cases and the FDA has also launched an investigation into the cause of the clots and low platelet counts.