Other pot shops reluctant to give 'Joints for Jabs' with lack of guidance. 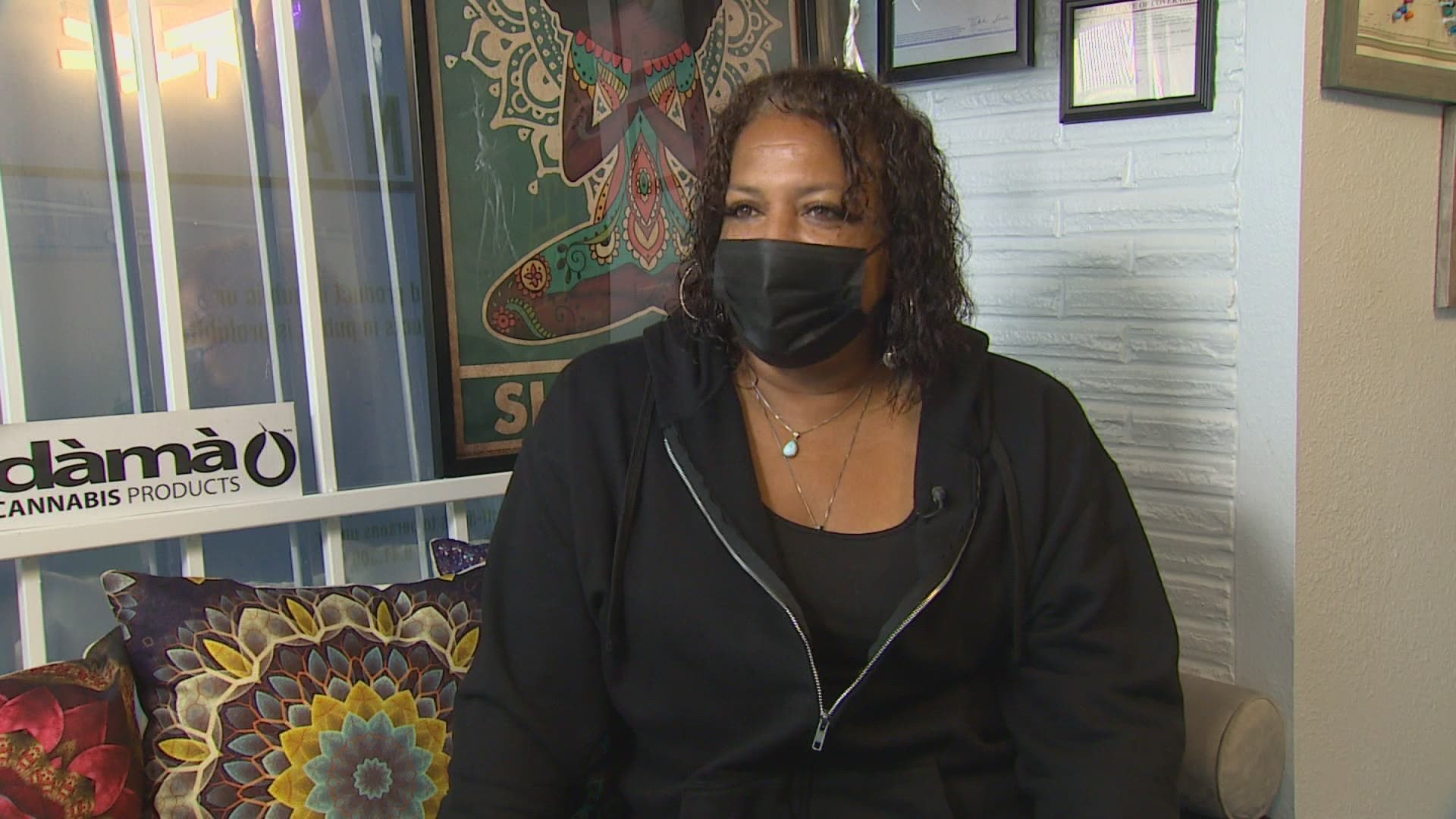 SPANAWAY, Wash. — While the state’s “Joints for Jabs” campaign is getting off to a slow start, a Spanaway pot shop owner called the clinic in her parking lot Saturday a success.

While they all were eligible for free marijuana, some of the recipients turned down joints, according to employee Savannah Kahn.

Many pot shop owners have been reluctant to offer vaccines on their property, citing concerns over liability or federal violations, Berkley felt confident when she learned the state Department of Health said it would pay for the private medical staff administering the shots.

Last week, the state’s Liquor Cannabis Board announced pot shop owners could give away marijuana to those over the age of 21 who got a vaccine at a clinic on licensed retail locations.

Berkley said she was working on hosting a vaccine clinic before the announcement. She said new customers and people who lived in the area were either reluctant or unable to go to a large government-run clinic.

”I think it’s a relationship, we see some of these folks every day," explained Berkley. "They get to know us, we get to know them. They feel comfortable here."

RELATED: 'Joints for Jabs' campaign a slow roll, so far

Olympia’s Green Lady owners hoped to take part in the campaign, but those plans were put on hold over liability concerns.

She said while the state allowed for pot giveaways, owners were not given much guidance on how to administer the shots, raising concerns with their insurers.

”There’s no, ‘Here’s how you accomplish this,’” said Doyle. “So we’ve chosen to go the safe route for now.”

Doyle said they would be willing to participate if they got more guidance from the state.

“We want to make sure we want to do this safely, and legally,” said Doyle.