Washington State Department of Health is working with a vaccine allocation model created by the Advisory Committee on Immunization Practices. 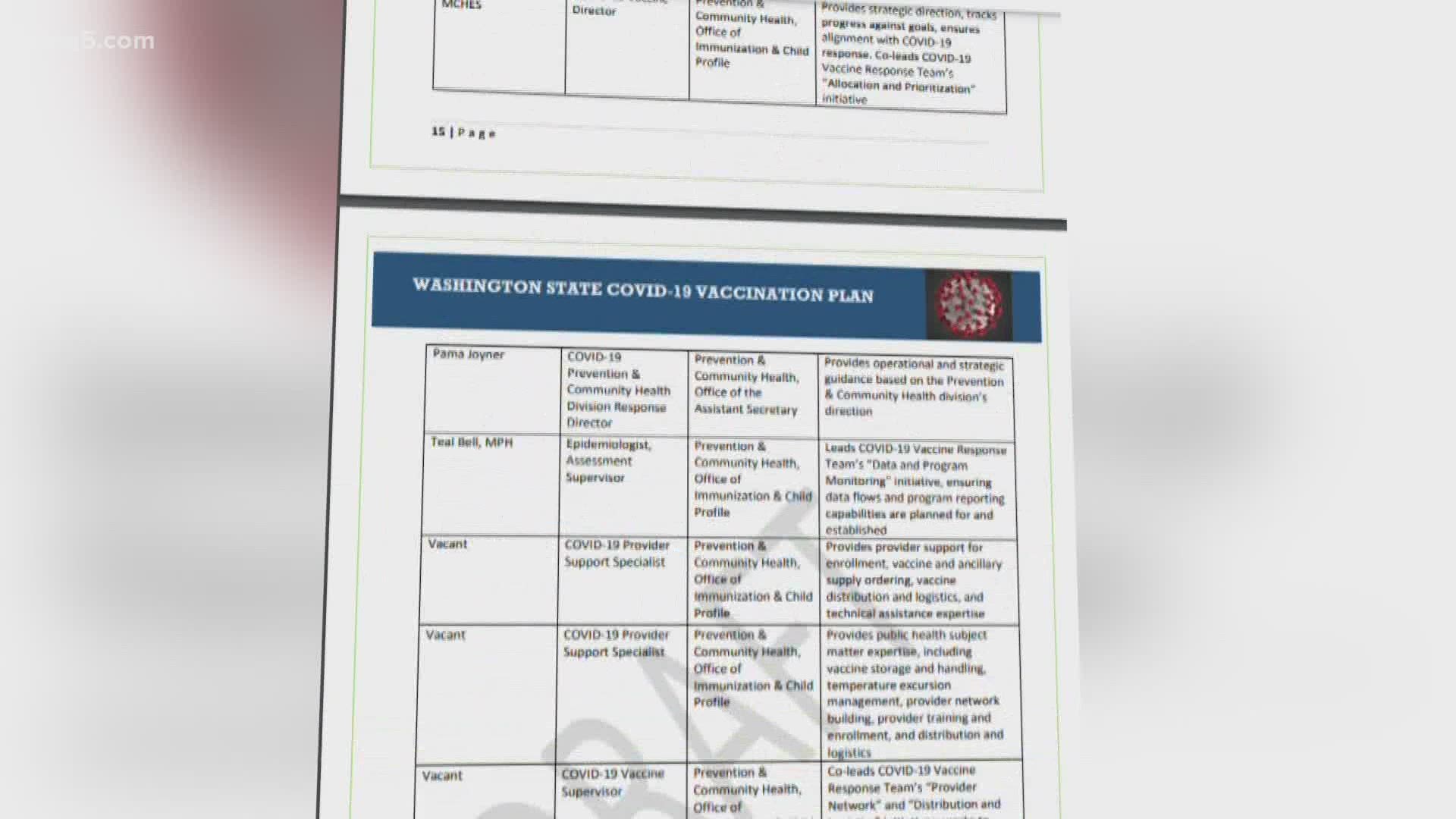 KING COUNTY, Wash. — While COVID-19 vaccines are now in use in Washington, there is no word on when they’ll be available for everyone.

Pfizer predicts it won't have vaccines available for the general public until June or early July 2021.

The Washington State Department of Health has a vaccine distribution plan online for everyone to read, but it's from October and is still listed as a draft.

The Washington State Department of Health issued a statement to KING 5 about the vaccination plan:

"The state vaccine plan is posted on the web and will be updated as we learn more about vaccines and the most equitable way to protect people. We are also working to finish up the allocation and prioritization framework."

In the interim COVID-19 Vaccination Plan the state is using, distribution is based on guidance from the Advisory Committee on Immunization Practices.

"In early weeks and even early months the supply will be limited and they're going to be allocated for specific groups at highest risk such as high-risk workers,” said Public Health-Seattle & King County officer, Dr. Jeff Duchin. He is part of that committee. 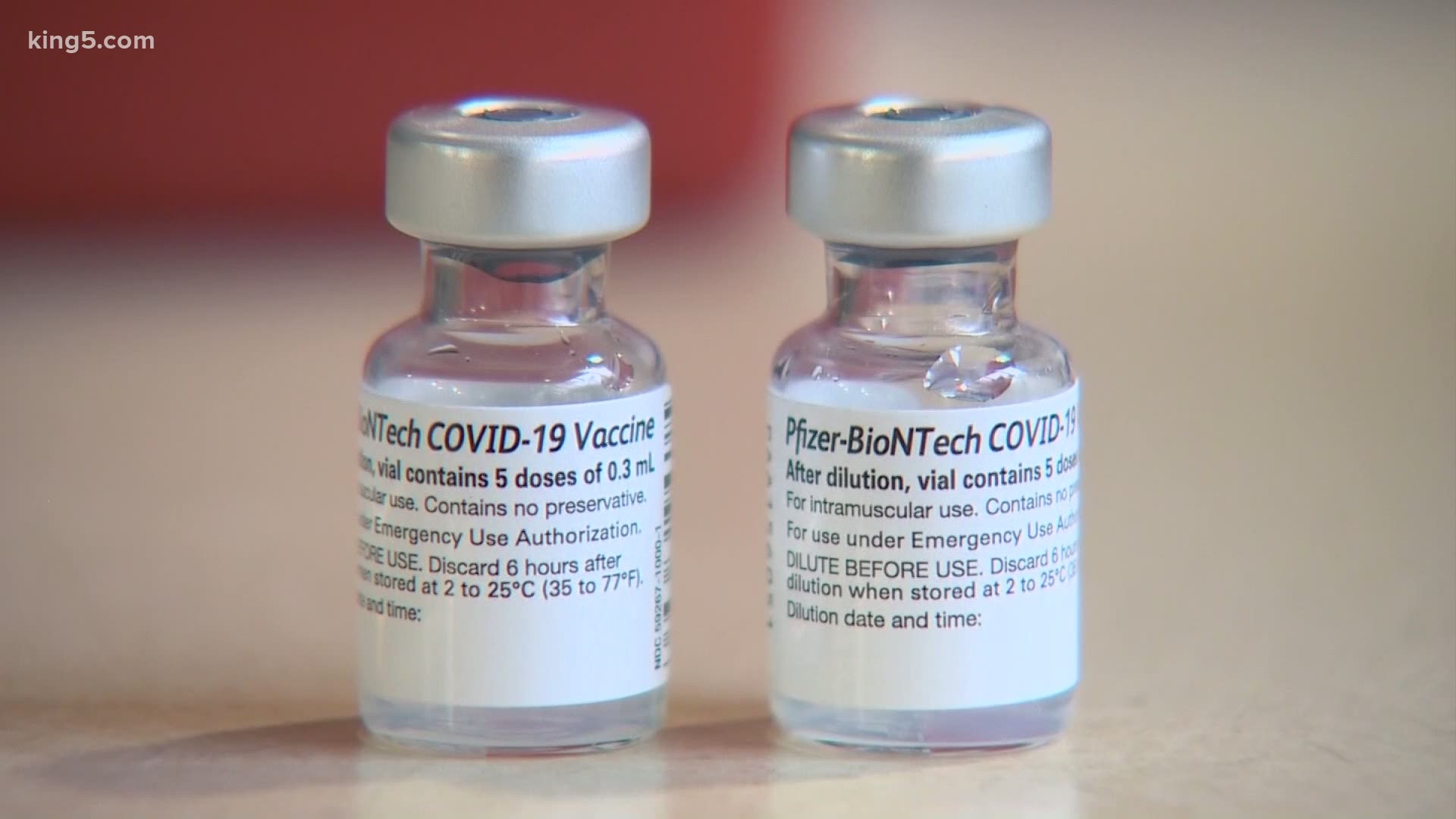 The plan is broken into four phases.

In Phase 1a, or the 'jumpstart phase' where the state is now, high-risk health care workers and first responders have access to the vaccine.

Then comes Phase 1b, which includes people with illnesses making them significantly high risk for the virus, people will illnesses like cancer, COPD, heart failure. People in long-term care facilities fall in this phase.

Phase 2 lists teachers, people who work in high-risk settings and people with illnesses that put them at moderate risk like asthma and dementia. Also on the list are the homeless population, people who work at shelters, the prison population and staff, as well as people 65 and older.

Phase 3 is young adults, children and other jobs not listed in the previous phases.

And lastly, Phase 4. This is when there's an abundance of vaccines, anyone who wants one, can get one.

While the city of Seattle is eager to get vaccines out to everyone, Mayor Jenny Durkan said that won't happen for months.

"The amount of vaccines available, the manufacturing challenges, the distribution challenges, it could mid-summer before we have the vaccine distributed widely here in Seattle,” said Durkan.