The rush is on to vaccinate educators before the end of the school year. To speed up the process, some districts are organizing their own clinics. 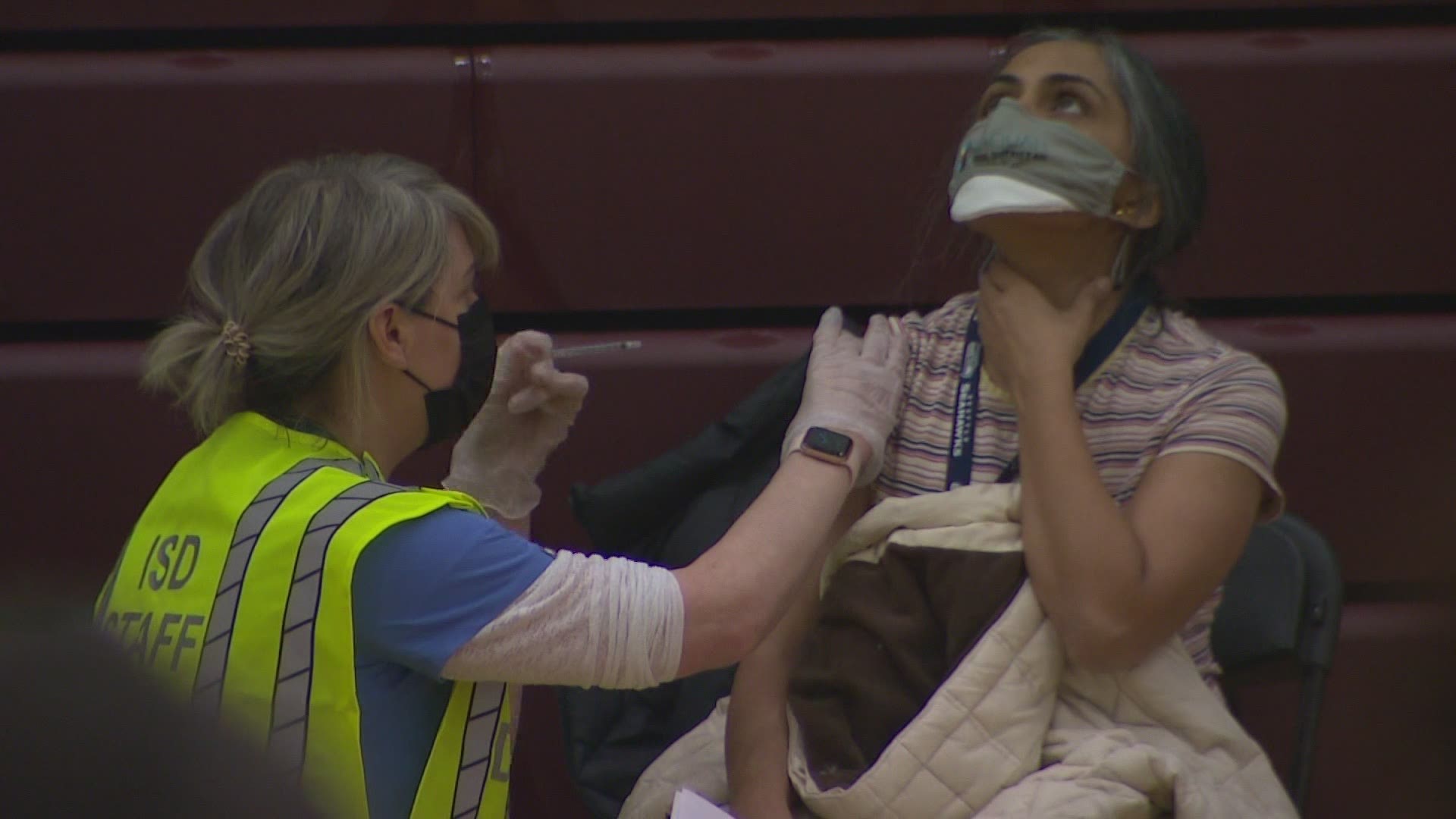 ISSAQUAH, Wash. — The rush is on to vaccinate teachers and staff before the end of the school year. To speed up the process, some districts are organizing their own clinics.

The Issaquah School District launched a vaccine clinic at Issaquah Middle School Tuesday. The district plans to vaccinate 1,200 teachers and staff this week. They hope to give another 1,200 shots next week.

“It's a relief, it's definitely a relief,” said Toni Osotio, a kindergarten teacher who returned to her classroom to resume teaching in-person last month.

“I hesitated whether I should come back or not, but for the kids I'd do it,” she said after receiving her first shot of the Pfizer vaccine.

The district says it hopes the vaccine events will help them vaccinate most of their employees, including bus drivers, custodians and anyone working around kids.

“These are the most positive emails I've gotten from staff in a while, people are thrilled,” said Lesha Engels, the district’s executive director of communications.

The Washington Department of Health said districts across the state, including in Puyallup, Spokane, Highline, Eatonville and Olympia, are organizing similar clinics, as schools try to get kids back into their classrooms for at least part of the week.

The Issaquah School District says its events could be a model for others.

“We're happy to collaborate with other districts and our hope also is to be able to start offering vaccines to our community once we're able to get most of our teachers vaccinated,” Engels said.

Teachers and school staff who don't have access to a clinic organized by their employer are mainly getting vaccinated at pharmacies, which the federal government supplies with doses.

The Issaquah School District says it hopes to bring middle schoolers and high schoolers back to their classrooms by the end of the month.