Shipments of the Moderna and Pfizer COVID-19 vaccines are delayed this week due to severe winter weather elsewhere in the US. 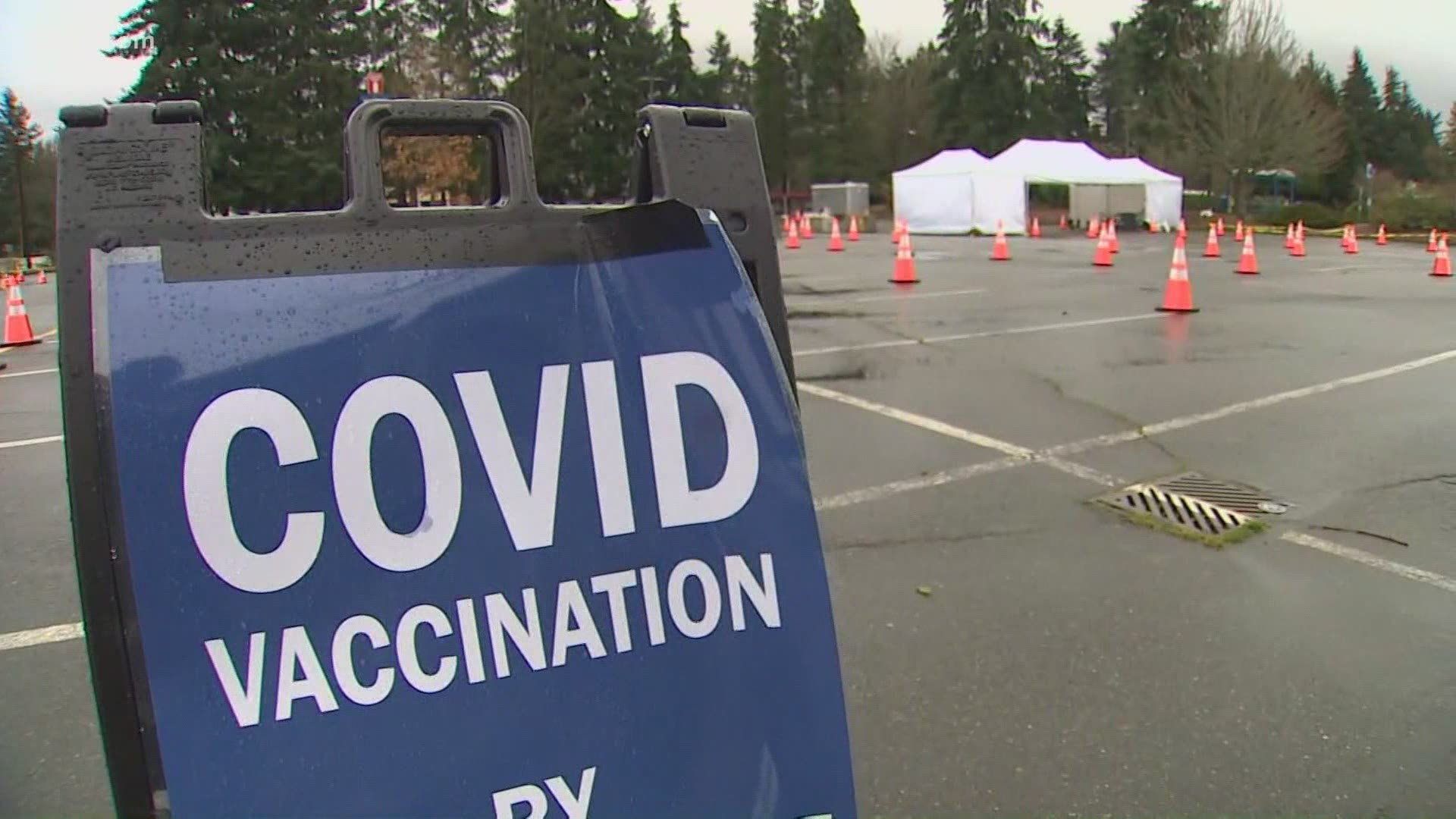 Severe winter weather that has hit a large swath of the nation is delaying delivery of approximately 90% of Washington state’s COVID-19 vaccine allocation for the week.

“We hope deliveries will happen later this week but we’re in a holding pattern until the weather on the East Coast lightens up and vaccines can ship,” Roberts said.

However, the delays have already forced the state to close the Benton-Franklin mass vaccination site in Kennewick and the Spokane site. The other two state-run mass vaccination sites remain at least partially open. Ridgefield is only open for second doses and the Wenatchee site is running as usual.

Roberts said people who had an appointment scheduled will be contacted.

This week's delays could have a ripple effect when nearly two weeks' worth of doses arrive next week. Health officials are considering opinions for how to get it done.

“We are thinking about strategies like, so we open extra lanes at our mass vax sites, or other places. So, we will definitely want to get all that vaccine used up appropriately as quickly as possible,” Roberts explained.

This week's delays are not just affecting state-run sites. Several counties also report postponements and rescheduling due to vaccine shipment delays, including some counties that have not received any doses.

"The majority of the doses that were planned for King County from the state this week were to fulfill second doses. It’s important for your viewers to know that the second dose should be administered as close to the recommended interval as possible. However, both the Pfizer-BioNTech and Moderna COVID-19 vaccines may be administered up to 6 weeks (42 days) after the first dose."

"Kitsap Public Health was allocated about 400 second doses of Moderna vaccine for this week. That vaccine shipment has been delayed and has not yet arrived. Other vaccine providers in our community may be experiencing similar shipping delays.

"Skagit Regional Health has been impacted by weather challenges across the country. As of today, the doses we expected to receive on Monday, February 15 have not yet shipped."

Public health officials in Whatcom County told KING 5 they are aware of other providers in the county that had doses delayed.

"We are learning more about how weather back east may affect our local allotment and may adjust any clinic scheduling, if needed."

"In Thurston County, we receive our vaccine allocation from the Department of Health. We have tentatively planned clinics which may end up being postponed if we are unable to get vaccine due to this weather delay.”

Delays in deliveries of the COVID-19 vaccine are being seen across the country.

Across a large swath of the nation, including Deep South states like Georgia and Alabama, the snowy, slippery weather either led to the closing of vaccination sites outright or held up the necessary shipments, with delays expected to continue for days.

In New York, Mayor Bill de Blasio said doses expected this week were delayed by weather elsewhere in the country, forcing the city to hold off making 30,000 to 35,000 vaccination appointments.

In Washington D.C., White House COVID-19 coordinator Jeff Zients said that in places where vaccination venues have been closed, like Texas, the government is encouraging sites to increase their hours once they are open.