CovidWA.com has added new features to help people snag vaccine appointments ahead of the state’s expansion of eligibility. 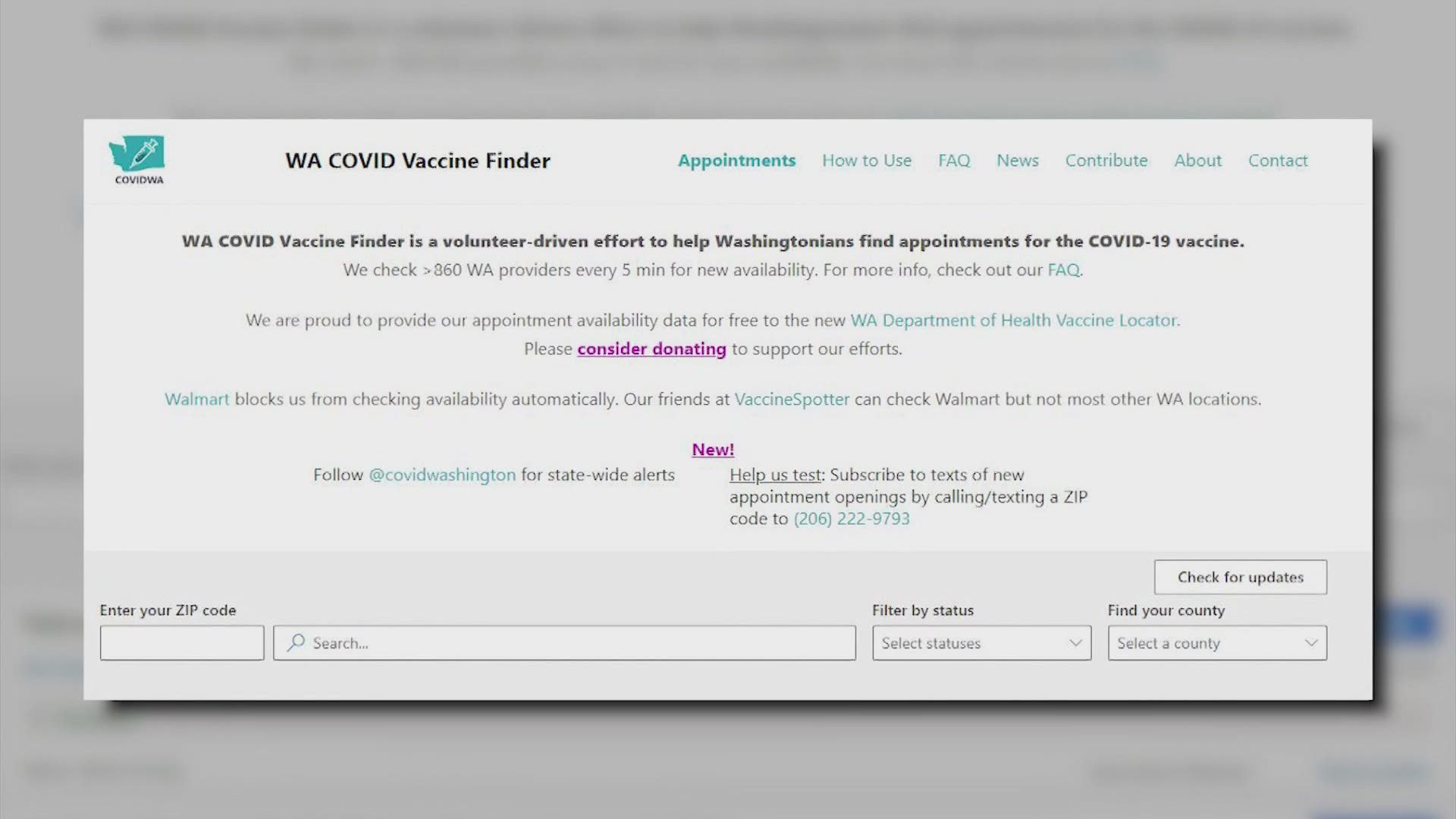 SEATTLE — CovidWA.com, the volunteer-built vaccine-finder website, has added new features to help people snag vaccine appointments ahead of the state’s expansion of eligibility to anyone 16 and older.

Users can now sign up for text message alerts, which notify them when a nearby appointment opens.

“Every hour, every day, there are appointments that pop up, but they don’t last very long, maybe a few minutes,” said George Hu, co-founder of CovidWA.com.

The website launched in February and became a hit with people searching for vaccine doses.

It was so helpful that the state partnered with CovidWA.com and now pulls their data for use on Washington's official vaccine-finder platform, Hu said.

“We are now mission-critical for the entire rollout throughout the state,” Hu said.

CovidWA.com is preparing for a lot more visitors. On April 15th, anyone 16 and older will be eligible for vaccines in Washington.

“Every day as we are approaching that date, (website traffic) is getting higher and higher, so more people are definitely out there looking,” Hu said.

“There are actually thousands of appointments every day at Lumen Field, but nobody can see that. We used to be able to book that for people, but the Mayor's office has asked us not to make that available,” Hu said.

The Seattle Mayor's office said it's providing early access to appointments for older residents, people of color, and those living in neighborhoods at higher risk of COVID. The city said sharing the signup link publicly could interfere with Seattle's equity-based vaccine rollout.

Beyond the city sites, pharmacies are constantly adding more appointments.

Hu said the best time to score a slot is on Wednesdays after 5 pm when Safeway Albertsons stores add more appointments.