Appointments slow to fill at some Washington COVID-19 vaccination sites

While appointments the COVID-19 vaccine now seem to be plentiful, the state says that demand is still outstripping supply. 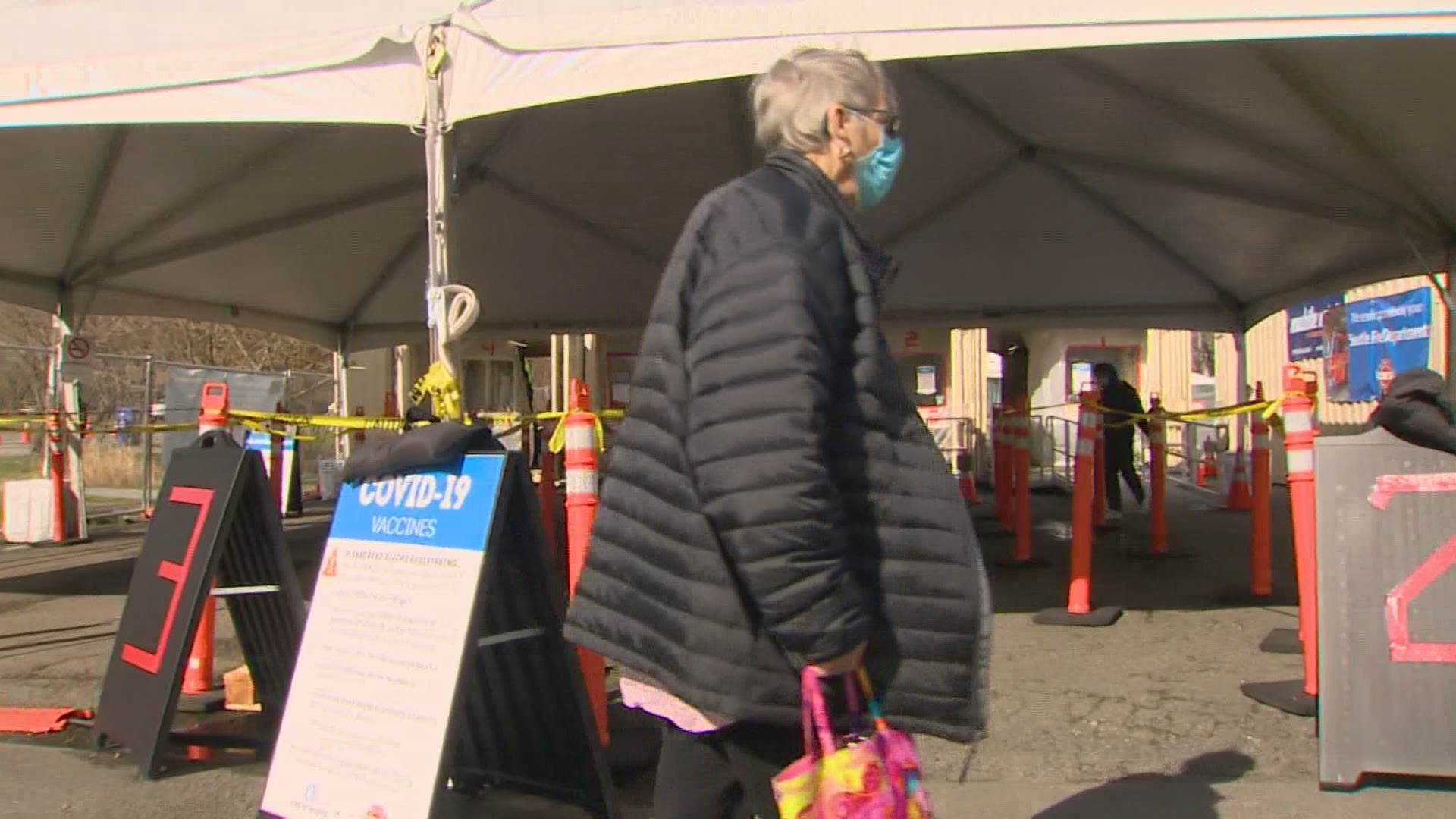 SEATTLE — For those who’ve ever booked a COVID-19 vaccine appointment in Washington state, it seemed like available slots were gone before you saw them or would vanish just before you could click on them.

Many people are still reporting frustration, but if you look around appointments seem to be more available. Booking vaccine appointments, at least some of the time, is now easier to do.

In Seattle, at vaccine sites in Rainier Beach and West Seattle, there were still hundreds of appointments available as of late Tuesday.

At one of the state’s large mass vaccine sites in Wenatchee’s Town Toyota Center, more than 100 slots were still available at 4 p.m. on March 9. More than 230 were available mid-morning, and that was not counting the extra allotment of 180 slots set aside in case teachers and school staff wanted to come down.  A special opening for teachers and staff is scheduled for Wednesday.

Warren added that the state Department of Health is trying to be nimble, and with more grocery store workers and others becoming eligible on March 22, it might become harder to book again.

RELATED: Some critical Washington workers to be eligible for COVID-19 vaccine in late March

We’ve seen examples using covidwa.com, where hospitals and clinics took a day or more to fill up slots.

But many people aren’t wasting time when they spot an opening.

“I don’t think a lot of people know about it, so that might be the issue. But the minute I found out about it I was on it quick, fast and in a hurry,” Chanel Flemings said outside the Rainier Beach site.

She left on Tuesday with her first dose of the Moderna vaccine.