He says his personal experience shows it will only get worse if science is ignored. 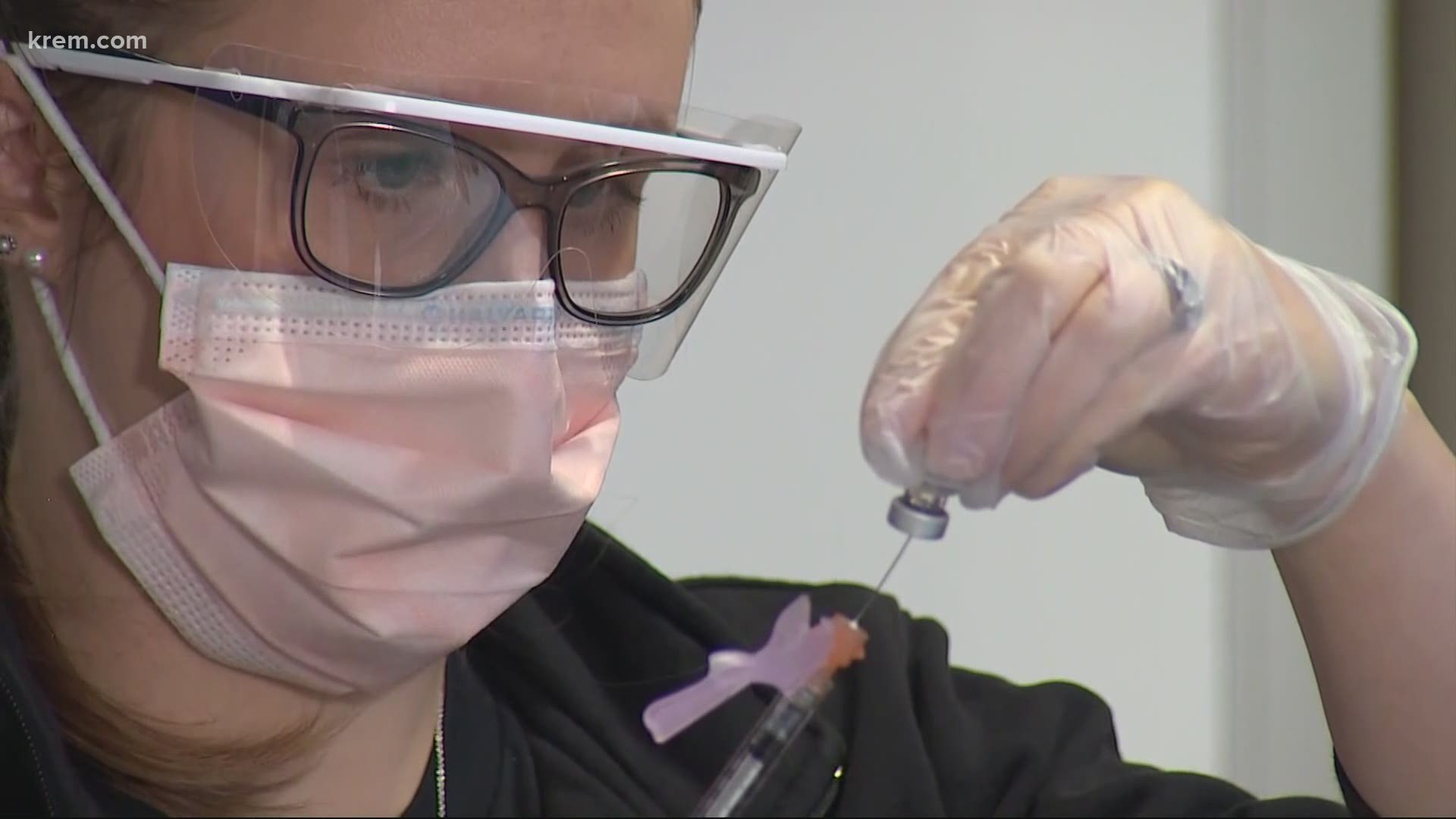 SPOKANE COUNTY, Wash — The coronavirus pandemic was not the first epidemic one Spokane man has seen. He was just vaccinated by his senior living community a few weeks ago, but has some advice to share on Sunday.

COVID-19 vaccine clinics are happening for those in long term care across Spokane. Touchmark on South Hill just finished their second one and have a third coming up.

In 1933, a little 6-year-old boy watched as his family, friends and tribe were dying of disease.

"We were being annihilated, we were dying," Blackfeet Nation tribe member Earl J. Barlow said. "We were going to be a lost tribe, like so many other tribes that totally disappeared from the face of the earth."

Colonizers brought over illnesses that Native Americans had no natural immunity to. Barlow's Montana tribe started to shrink rapidly.

The leaders of his tribe saw the connection between the diseases brought by Europeans and the tight corridors the members were forced into.

The next thing his childhood self knew, he was being poked with a needle at school, he said. He life changed when he got vaccines to illnesses like small pox, tuberculosis and diphtheria.

"I think science has done so much to assist the human race that we should willingly practice with the US," he added. "Vaccines saved my people from extinction."

Credit: Morgan Trau
Barlow's beads from when he lived on the reservation

Not only did he get vaccinations, but his leaders had the idea to separate sick members from healthy ones, creating quarantine bunks.

"My experience is vaccinations are an absolute necessity," he said. "So these vaccinations, inoculations, quarantines, they do work because I know the effect of how it turned around the death rate amongst my people."

Now, almost 100 years later, he sees history repeating itself. The COVID-19 mortality rate among Indigenous and Native Americans is significantly higher than any other race, according to multiple studies done by the CDC.

"Suddenly, this [COVID-19 pandemic] just exploded, and a lot of my friends are not making it," he said about the Blackfeet reservation. "The hospitals are full."

He feels lucky to be able to get the vaccine. He said everyone is entitled to do what they want, but he has seen the destruction and aftermath that epidemics have caused.

"Learn from my experience that medical attention was very crucial," he added. "Vaccines, masks, cleanliness and social distancing are critical."

His dedication to education about the importance of vaccines became his life work, educating his tribe as a school teacher to pass on the knowledge and experience he has.