The Hispanic population was among the hardest hit at the start of the pandemic. Now there's a push to reduce hesitancy to receiving the COVID-19 vaccine. 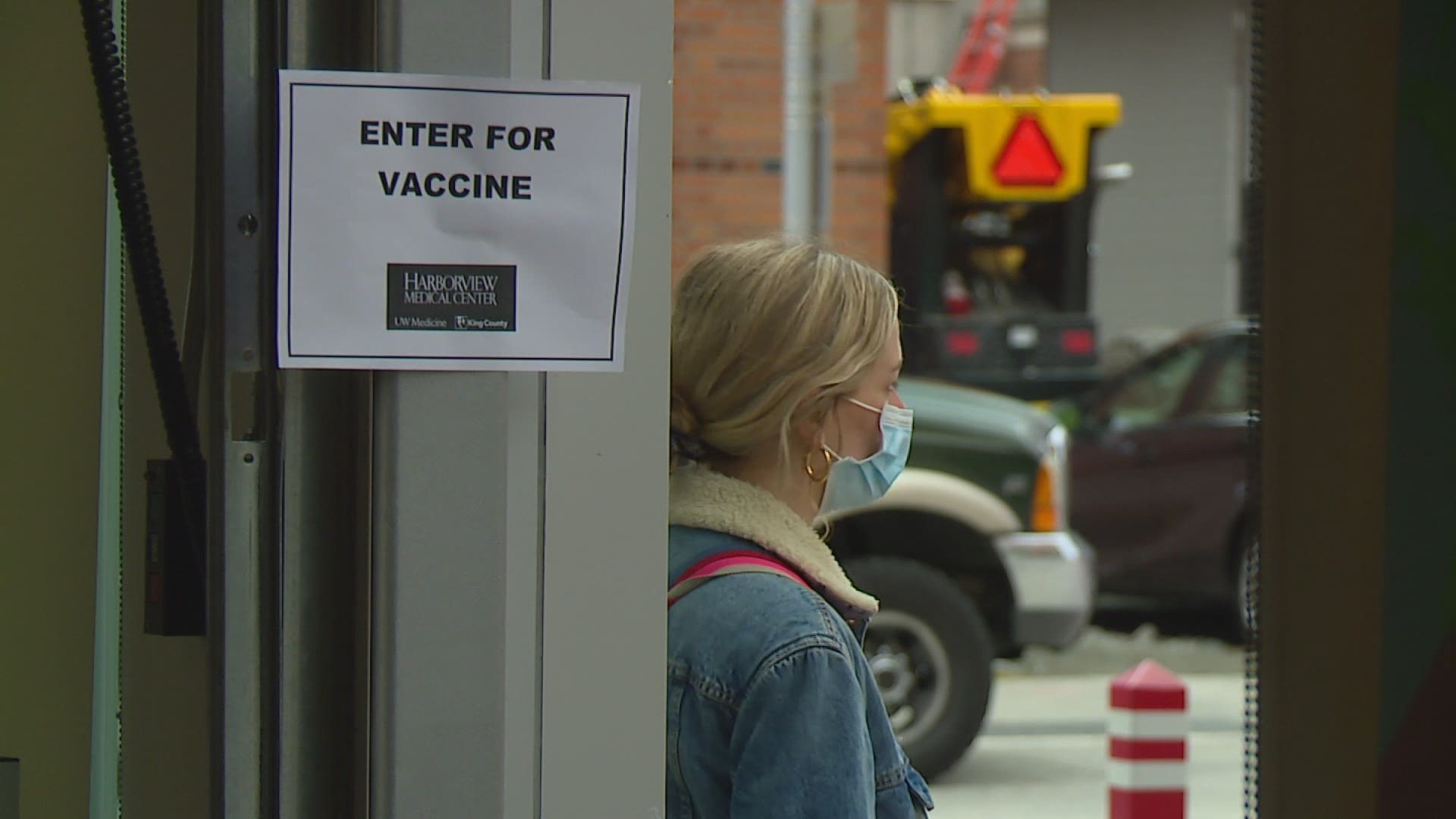 SEATTLE — At a vaccination event on North Beacon Hill in Seattle Tuesday, Maria Polmera admits she was very hesitant to get a COVID-19 shot.

“I canceled four appointments, because I was scared,” Polmera said.

Her vaccine hesitancy ended with her first dose of the Moderna vaccine. She became one of more than 1,000 to receive a shot through the nonprofit El Centro De La Raza since the vaccine became available.

“We don’t know what’s going to keep on continue to happen with all the variants and we just want to keep our community safe,” said Veronica Gallardo of El Centro De La Raza.

The Hispanic population in Washington state was among the hardest hit at the start of the pandemic. Now in the vaccine phase, the community has been slow to receive the shot. As of May 3, King County data shows 47.9% of Hispanic people have been vaccinated compared to 61.5% percent of the white population.

Many events over the last several months have aimed to close that gap.

Over the weekend in Redmond, a pop-up vaccine clinic aimed at the Hispanic community distributed more than 400 doses of the COVID-19 vaccine.

“The need is great. I think our systems have not always approached things in an equitable way that make sense to Latinos,” said Angie Hinojos of El Centro Cultural Mexicano.

Back in Seattle, the push to vaccinate and inform continues.

“Right now, it is all the vaccine hesitancy after the Johnson & Johnson thing that happened; people started canceling appointments and were a little bit more afraid to get their vaccine,” Gallardo said.

Just a few minutes after Polmera  received her first shot, she couldn't help but reflect on the past 12 months.

“Financially, it’s been very hard. Trying to run a house during all this,” Polmera said.

Today, she hopes she’ll be a step closer to normal.