Preliminary data showed participants who took hydroxychloroquine were just as likely to get COVID-19 as were those who received a placebo. 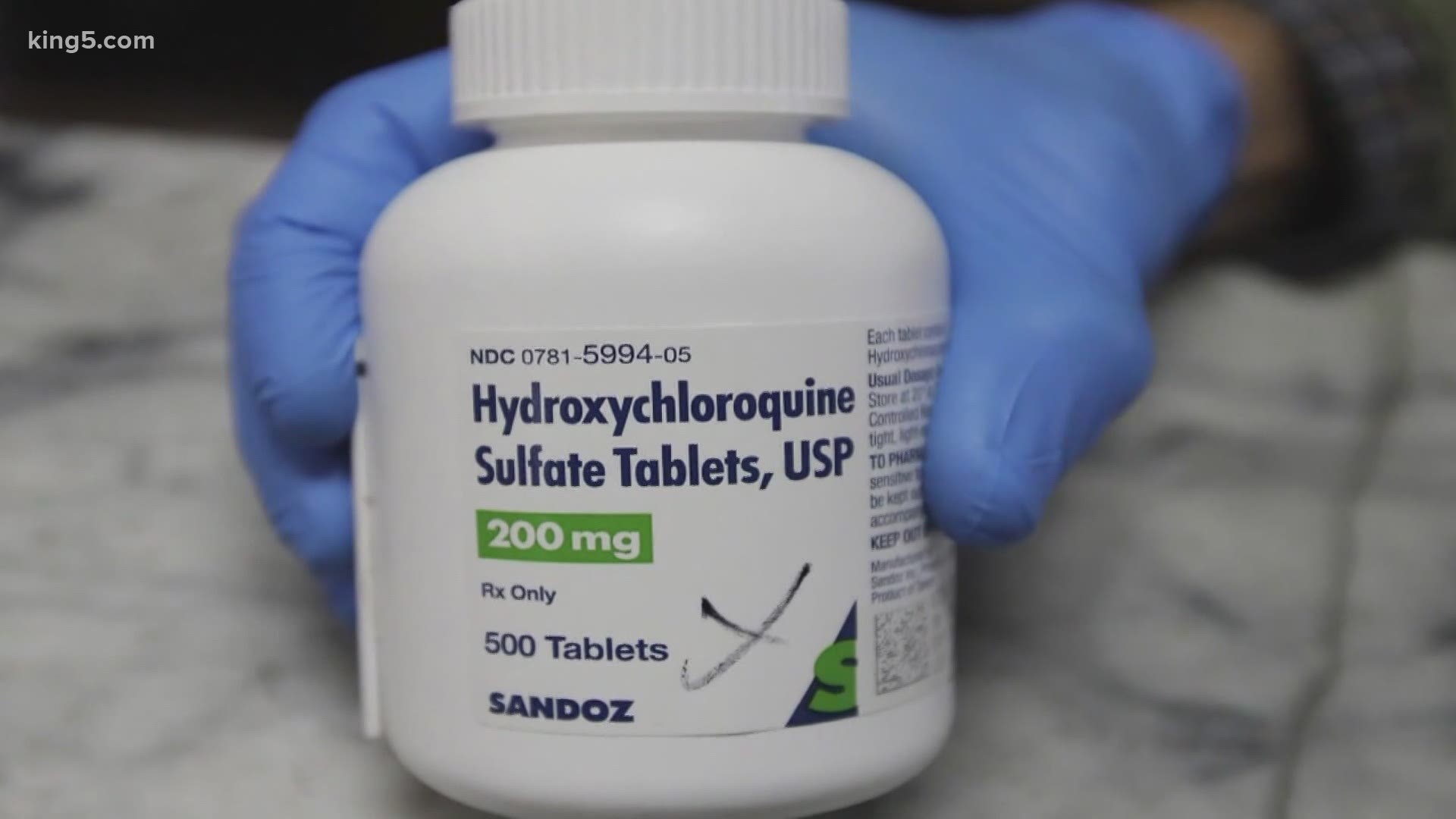 SEATTLE — University of Washington (UW) School of Medicine has officially taken the stance that hydroxychloroquine does not prevent COVID-19. The medication was suggested by President Donald Trump to possibly prevent the virus.

Saturday, researchers at the UW School of Medicine in Seattle presented the results of a nationwide study looking at hydroxychloroquine. The UW study started in March, pairing with the Gates Foundation and other research institutions across the country.

They enrolled 781 participants who had recently been exposed to COVID-19. In 80% of the cases, people were living with someone who had tested positive, according to the study.

“We found that the number of people who tested positive for SARS-CoV-2 was the same in both groups so we were able to interpret the findings to say hydroxychloroquine does not have any significant prevention effect for COVID-19,” said lead researcher Dr. Ruanne Barnabas, associate professor of medicine and global health at the UW School of Medicine.

Researchers said they went into the study hoping it might prevent people from getting sick after the medication prevented the virus from replicating in a lab and some early results looked promising.

Months later, the data told a different story: "We had hoped it would work but as we can see now there is no benefit," Dr. Barnabas said.

The medication became a controversial preventative treatment for COVID-19 after President Trump suggested it before studies could be completed earlier this year.

Dr. Barnabas said the only pressure they felt during the trial was trying to prevent more people from getting sick.

“Our main focus has been on conducting a rigorous randomized trial. The main pressure we felt was the pressure of the pandemic to get an answer as fast as we could,” she said.

Work will continue at UW Medicine to try and find medications that can prevent the deadly virus. Another study currently underway involves monoclonal antibodies created by Regeneron Pharmaceuticals to prevent COVID-19.