Detecting COVID-19 variants typically takes about two weeks. But a new process speeds up that timeframe to as little as two hours. 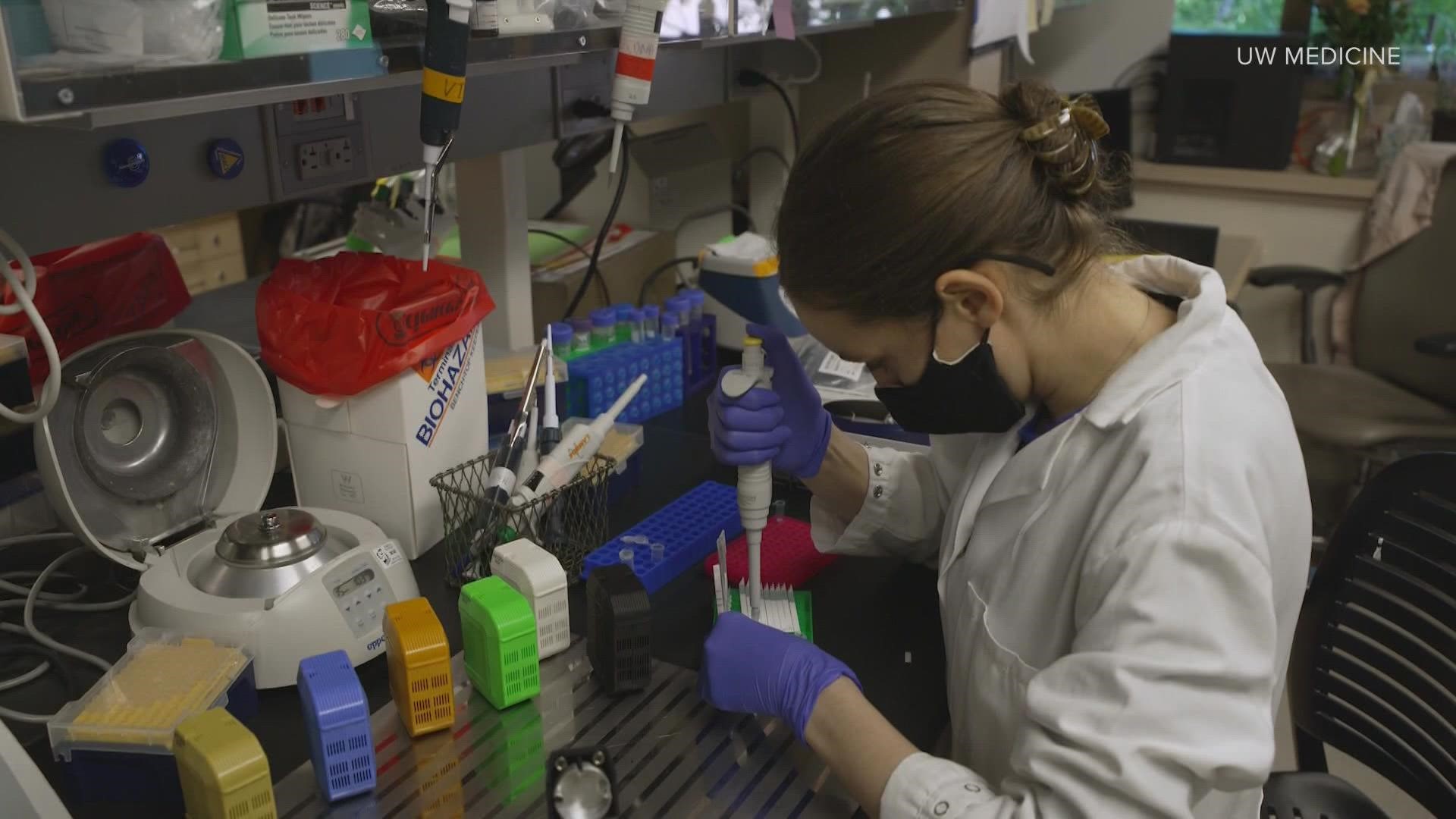 SEATTLE, Wash — Tracking a COVID-19 variant throughout the pandemic has typically taken about two weeks. However, the University of Washington (UW) School of Medicine said it now has a method that will speed up the process - only taking two hours.

“We need to think about detecting variants and dealing with this virus more like reconnaissance," said Sokurenko. "Mission-like reconnaissance, meaning that it's much more proactive. You know the latest moves of your enemy. And so, you know where to expect the heat; you know what is the best way to contain it.”

"With reconnaissance tools, like what we're trying to introduce, you actually can understand much faster what variants are emerging," explained Sokurenko. "You can detect outbreaks much faster, meaning that you can contain outbreaks. You can identify sources like super spreaders, for example.”

Researchers found the dipstick exposed a combination of more than a dozen bands. Every known variant of interest and concern has a specific band pattern, which the test administrator can match to the sample instantaneously by using a smartphone app. The test may even help to detect newly emerging variants.

According to Sokurenko, the test kits can be sent to any place with minimal lab capabilities, including urgent care facilities, hospitals and emergency rooms.

To watch how the test works, watch the video below:

The development of the test was made possible through a grant from the National Institutes of Health.