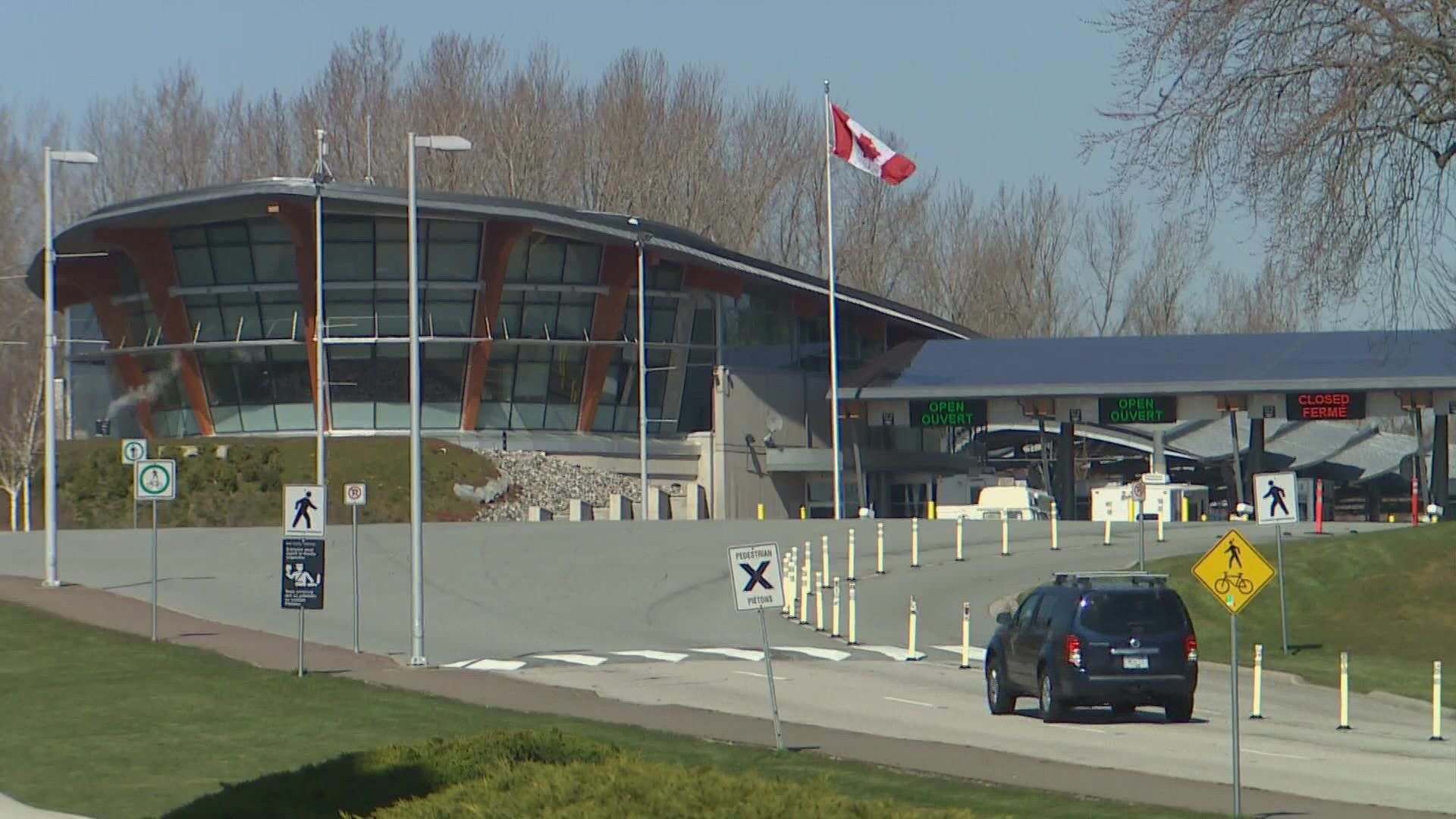 BLAINE, Wash. — Washington's border with Canada will reopen on Monday, Nov. 8, after more than a year and a half of being closed to non-essential travelers.

Canada and the U.S. agreed to temporarily close the border in March 2020 in an attempt to curb the spread of COVID-19. The Canadian border reopened to vaccinated American travelers in August, but the Biden administration chose to keep the U.S. border closed as COVID-19 cases remained high.

In October, the Biden administration announced it would reopen the U.S. border to vaccinated international travelers as vaccination rates rose globally.

Many Washington communities were majorly impacted by the abrupt halt in Candian tourism. The extended closure removed a vital source of revenue for several border towns.

Here's a look at data from before and after the border closure at four Washington crossings referred to as the Cascade Gateway.

Monetarily, the Blaine border closure had a significant impact on the overall economy of Whatcom County, according to a report from the Border Policy Research Institute (BPRI) based out of Western Washington University.

The latest complete data shows that while the hospitality and tourism industry suffered nationally, Whatcom County's industry not only lost money from Canadian tourists but also from domestic travelers stopping along their way to Canada.

For the period between March and September 2020, a BPRI estimate suggests Whatcom County experienced a loss of over 506,000 tourists compared to a typical year.

According to data from the International Mobility and Trade Corridor Program (IMTC) for Whatcom County, most crossings saw slight reductions in commercial vehicle traffic. Blaine saw a 9% reduction in commercial truck traffic between 2019 and 2020.

A different Whatcom County town, Point Roberts, saw a much more severe reduction in commercial activity across the border.

Point Roberts, an American exclave surrounded by water on three sides and 50 miles from the closest U.S. city, was cut off from its only land border for over a year and a half.

Although Americans were allowed back in Canada several months ago, it brought little relief to the isolated town that relies on visiting Canadians to keep its economy afloat.

According to the Point Roberts Chamber of Commerce, 85% of the town's economy relies on business from Canadians. The number of people entering Point Roberts dropped from nearly 1.5 million in 2019 to just 43,000 in 2021, according to the US Department of Transportation.

A conservative estimate from the chamber of commerce suggests the economic benefit from travelers dropped between 2019 and 2021 by nearly $28 million. As of June 30, it's projected that travelers spent only $870,000 in the town.

Commercial vehicle traffic itself was down 67% in Point Roberts between 2019 and 2020, according to data from IMTC. The average drop in commercial truck traffic for all Washington borders crossings was only 5% on average.

Point Roberts' only grocery store was in danger of closing before the state sent $100,000 in relief money from its strategic reserves.

Lynden had one bus crossing at its border into Canada for all of 2020, making it the lowest in the country.

The crossing also had an 81% decrease in passenger vehicles in comparison to 2019.

Overall, Lynden saw an 8% decrease in commercial traffic going northbound between 2019 and 2020 and a 14% decrease going southbound.

Across all four border crossings, passenger traffic dropped 81% between 2019 and 2020. Each crossing saw between a 75%-85% drop in passenger vehicles in each direction, according to IMTC data.

While trends for 2020 can't speak to pre-pandemic border crossing behaviors, data for the next few years may reveal how Americans and Canadians go about traveling differently in the aftermath of the COVID-19 pandemic.