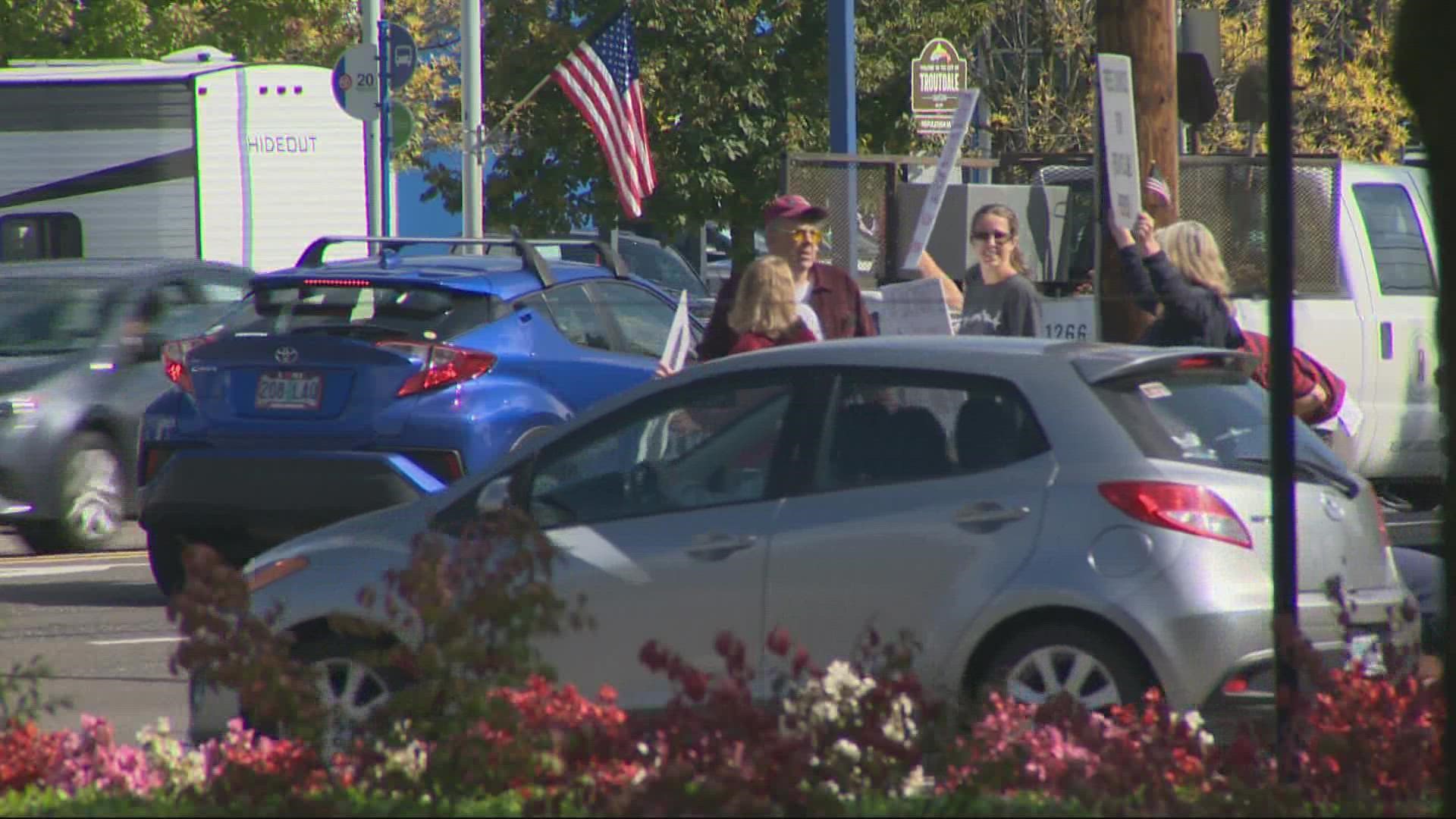 PORTLAND, Ore. — On Friday, 794 Legacy Health workers were placed on unpaid administrative leave after refusing to get the COVID vaccine and not providing a religious or medical exemption.

Of those, more than 180 are partially vaccinated and will be able to return to work once they have completed the series, according to Legacy.

Any employee who starts a vaccine series by Oct. 18 will be able to return to work as soon as they are fully vaccinated. Those who refuse to get vaccinated could be terminated in the coming weeks.

According to Legacy, 94% of its 14,000 employees are vaccinated, a 9% increase from when the hospital system announced its mandate back in August.

Hundreds of unvaccinated workers filed religious exemptions but many were denied by Legacy. Those staff members told KGW they are prepared to lose their jobs.

Joseph Steininger is one of them. The certified nursing assistant said he did get a flu shot earlier in his life but his beliefs on vaccines have changed since then.

"It was before I really got in to start studying what was in the vaccines and how they were created, " said Steininger.

Steininger cited scripture on his religious exemption form but that request was ultimately denied.

"In James it says if you do anything that you know you shouldn't do for you that is sin. And for me, that's a pretty big descriptor that I shouldn't be doing something that I know I shouldn't do because to me that would be sinful," said Steininger.

But legal experts we spoke to said religious passages that refer to general morality are likely not specific enough to hold up in court.

"If someone's belief is that general, then it would be impossible to enforce rules," said Jim Oleske, a law professor at Lewis and Clark Law School.

RELATED: Here's how many Oregon state employees have requested a COVID vaccine exemption

Oleske said employers cannot tell an employee what is or is not a legitimate religious belief but they can ask additional questions when those employees are requesting a reasonable accommodation.

"[Employers] are allowed to and the government is allowed to, in cases involving exemptions from government rules, determine sincerity because otherwise you can imagine the problem," said Oleske, "If anybody could claim that they objected to any rule for religious reasons and government couldn't test it, well then no rules could be enforced."

Steven Green, a law professor at the Willamette University College of Law, said health care employers may be more likely to deny a vaccine exemption given the nature of the work.

"When someone is on the front line and interacting with the public and there's a chance that they would transmit COVID then generally speaking you can impose a mandate that person get vaccinated or they may have to lose their job," said Green.

Green said a reasonable accommodation cannot impose an "undue burden" on employers — a burden like putting the health of other employees at risk — which they could use to justify denying an exemption request.

"That would normally override any type of exemption because of the seriousness of this," Green said.

Meanwhile, Legacy officials hope the remaining unvaccinated employees now on administrative leave will get vaccinated so they can keep their jobs.