The unemployment office in Washington is holding payments for one to two days to validate all claims as authentic, and making other changes to its system. 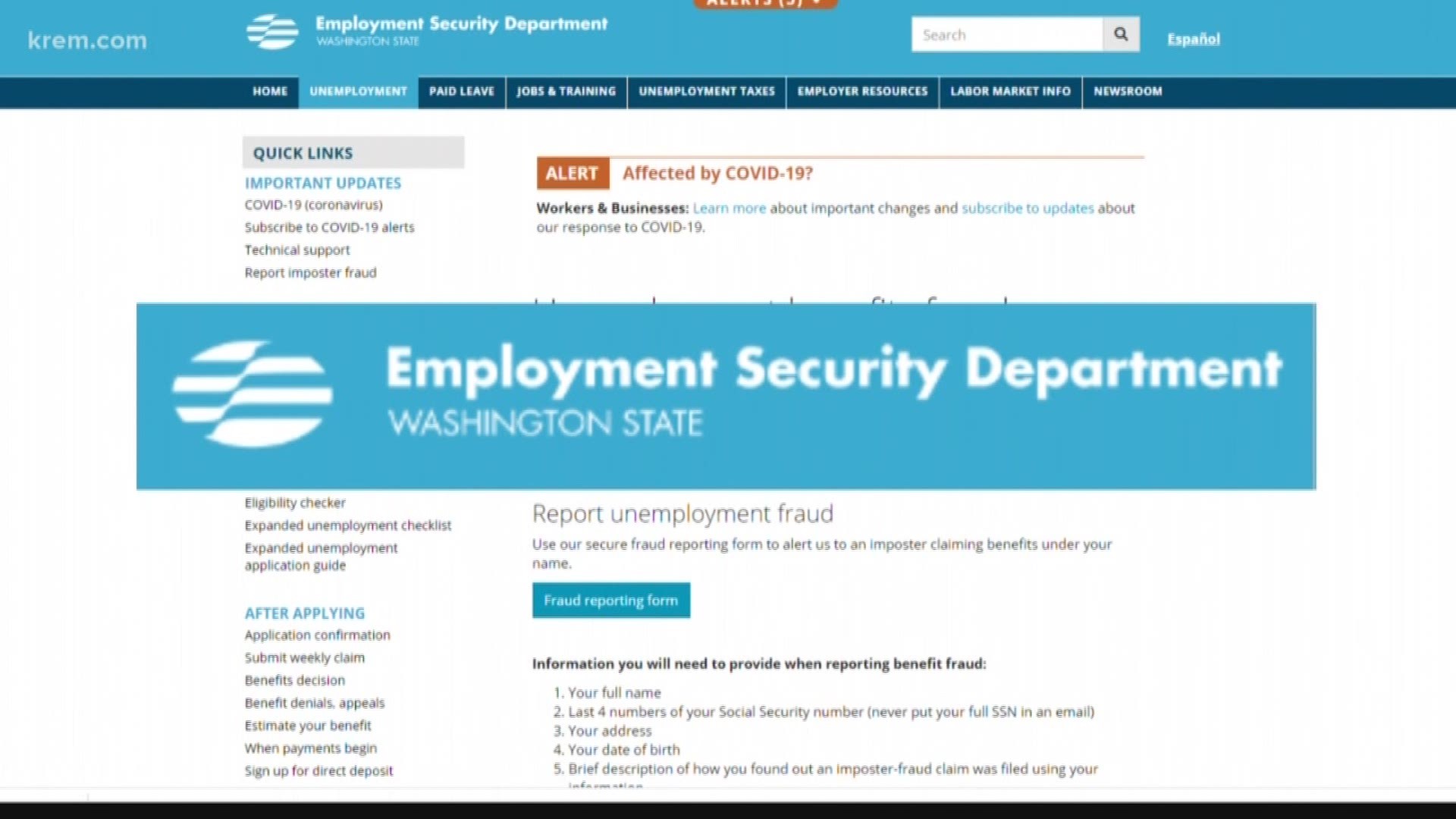 OLYMPIA, Wash. — New measures aimed at combating unemployment fraud in Washington state could delay payments for some who are collecting benefits, according to the state Employment Security Department (ESD).

ESD Commissioner Suzi Levine said the unemployment office has seen a "significant rise" in reports of imposter fraud since the start of May. This is where bad actors have stolen Washington residents' personal information from sources outside of the agency and are using it to apply for unemployment benefits.

Levine clarified that ESD has not had a breach of its system and no data has been taken from the agency.

The Secret Service says Washington state is the prime target of an international unemployment fraud scheme, according to a report in the New York Times.

A sophisticated network reportedly based in Nigeria is taking millions of dollars meant for desperate people who are out of work here at home. The report comes as federal officials have voiced concerns that state computer systems were left vulnerable to attack.

"Imposter fraud is a sweeping issue affecting unemployment systems in states across the country," Levine said in a statement on Monday. "We are working with law enforcement, other states, financial institutions and the U.S. Department of Labor to detect and prevent fraud."

The unemployment office is taking a number of steps in its system to address the increase in fraudulent activity, including:

Changes to the system impact both new and existing customers, and in some cases could delay payment while the unemployment office collects or verifies additional information.

In 2019, the Spokane Police Department received 398 identity theft calls. That's compared to a whopping 647 identify theft calls in May alone, with most that were directly related to unemployment scams.

The department received 33 identity theft calls during the month of April.

Several people have also reached out to KREM to report that they have received letters confirming their applications for unemployment benefits when they did not apply for them.

RELATED: Cheney woman, family members victims of unemployment fraud within days of each other

Police advised those who are victims of fraud to call Crime Check at 509-456-2233 to report it, and check in with credit bureaus to ensure their information has not been compromised.

Victims of fraud will not have to repay the money, Levine added. Someone who is a victim of fraud and needs to apply for benefits later will still be able to do so.

Those who believe they may be a victim of imposter fraud are asked to visit the ESD website and report it immediately using instructions on that page.

Here are some additional steps to take and resources to learn more if you believe your identity has been stolen:

Have you fallen victim to unemployment fraud? Reach out to KREM by emailing newstips@krem.com.