According to the Employment Security Department (ESD), 25,201 unemployment claims were filed during the week of Nov. 7. ESD says that is not as dire as it sounds. 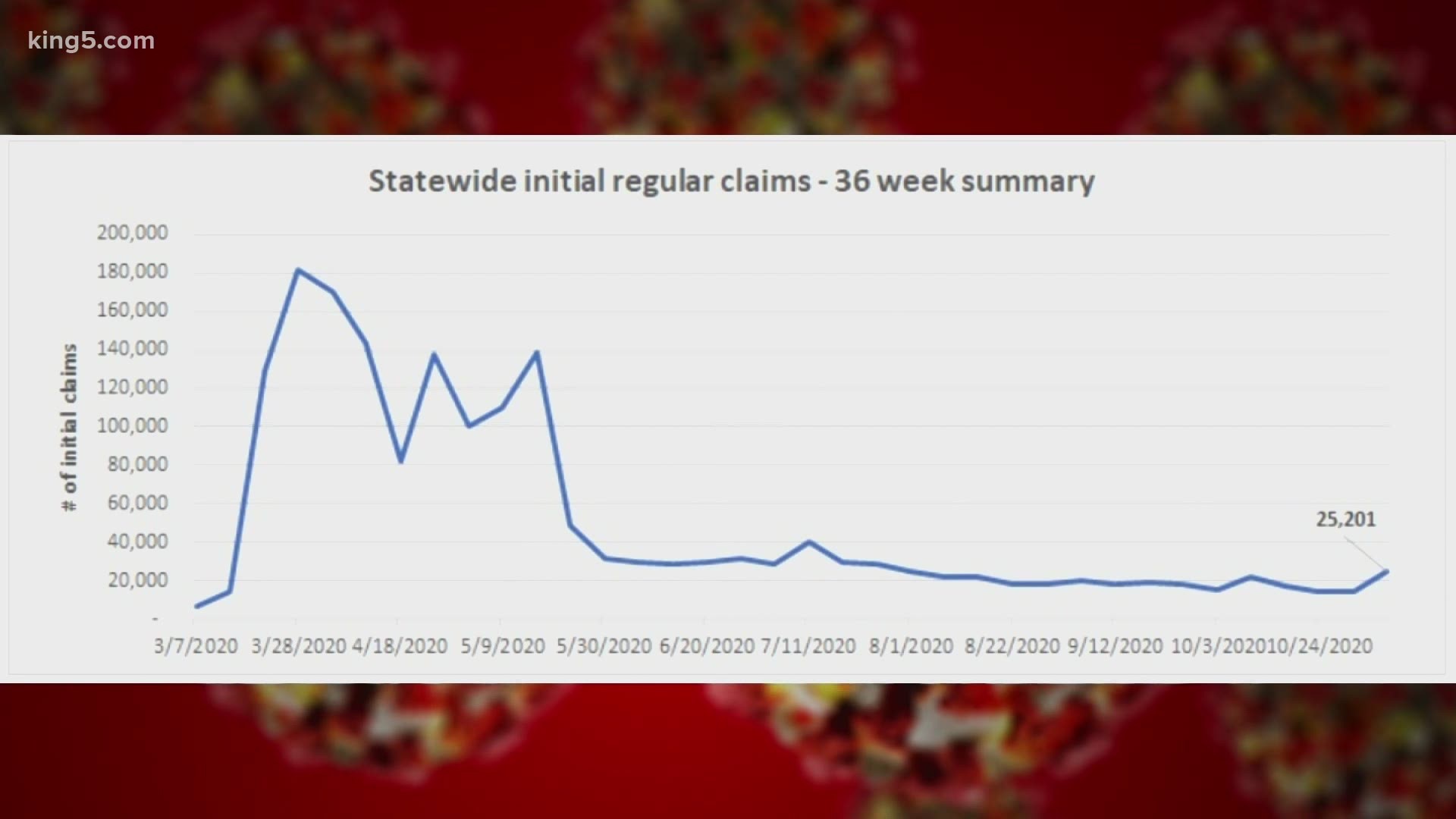 SEATTLE, Wash. — According to the Washington Employment Security Department (ESD), 25,201 unemployment claims were filed during the week of Nov. 7.

However, the Employment Security Department says it's not necessarily as dire as it seems.

In an email to KING 5, ESD said in a statement:

"The spike in initial UI claims we reported last week was largely due to current claimants who were on federal unemployment benefits moving over to state benefits and did not reflect newly unemployed workers."

"This is one of the most unusual recessions and negative shocks to the economy," said Vlad Dashkeev, assistant economics professor at Seattle University.

He took a look at the data as well and say compared March and April, jobless claims are way down. We're not seeing new claims in the hundred thousand, he said.

RELATED: Unemployment running out in Washington? Here's what you should do

"The initial claims indeed grew almost twice 70%. That's a lot. But the continuing claims have decreased," he said.

While the new restrictions put in place this week will cause more job loss, it most likely won't be like it was in March, because we've done this before.

"I imagine the businesses have already adapted to the environment," said Dashkeev.

Businesses have spent months changing their operations to be more pandemic-friendly. Seeing a spike like we did in March is highly unlikely.

"A lot of the economy has been re-tooled and rearranged and adapted to the new environment but we definitely should expect to pay more compensation to those people who are losing jobs," he said.

For anyone who might soon need to file an unemployment claim, the Employment Security Department has some helpful links: tips to avoid the most common issues, information for those new to unemployment, and how to restart your claim.