The B.1.1.7 variant was discovered in two cases in Snohomish County and one in Pierce County. Health officials said there are likely more cases yet to be identified. 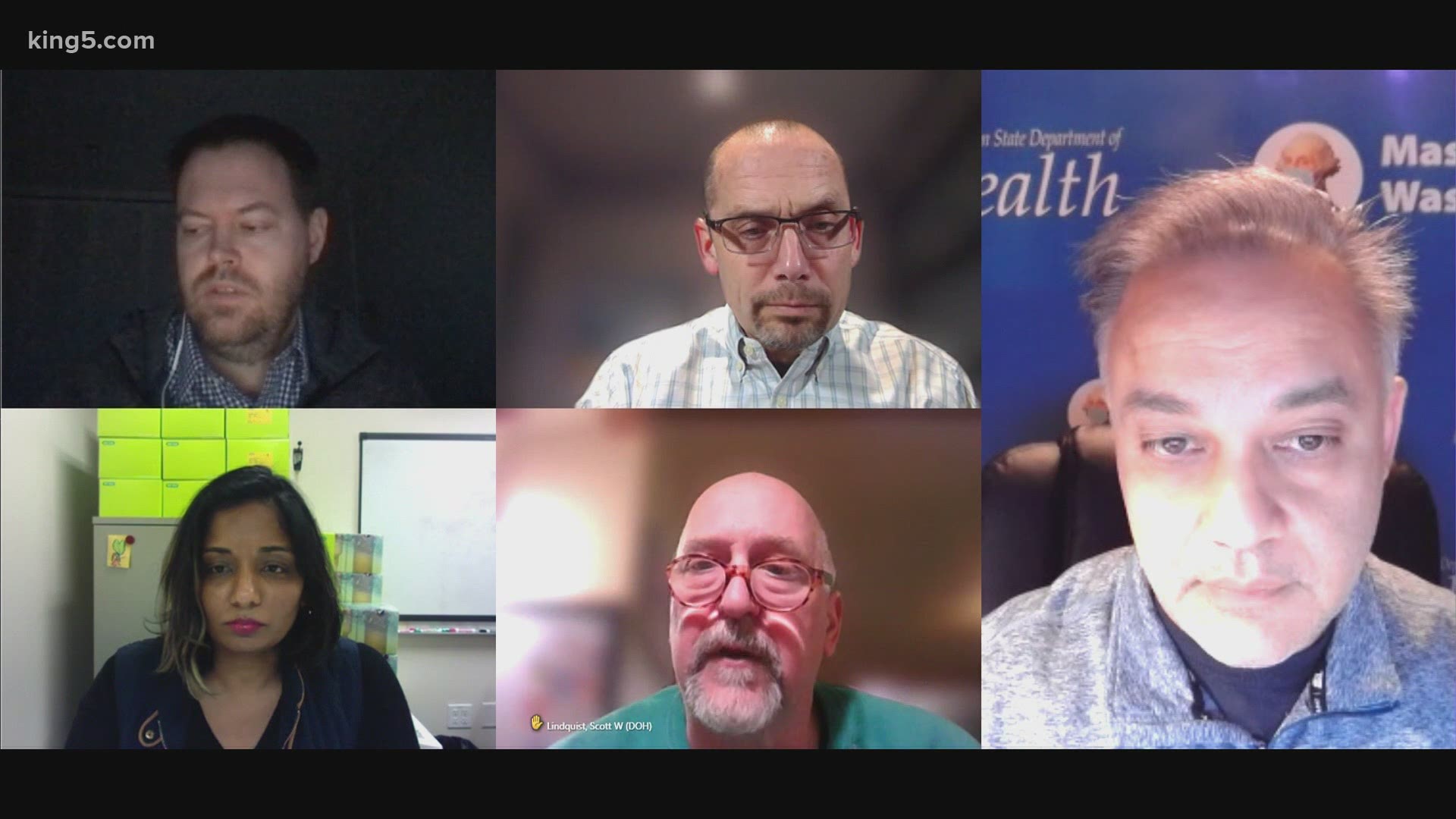 SNOHOMISH COUNTY, Wash. — The B.1.1.7. variant, also known as the U.K. variant of COVID-19, has been found in an existing case in Pierce County, health officials said Sunday.

The Tacoma-Pierce County Health Department said state and federal partners have been conducting additional surveillance on COVID-19 samples to identify cases with variant strains. The person with the new variant had mild symptoms and completed their isolation period, officials said.

The first case of the new variant found in Pierce County comes just a day after the the Department of Health announced the B.1.1.7 variant was detected in two other cases.

The lab screened 1,035 samples between Dec. 25 and Jan. 20 to detect mutations associated with the variant, which was first identified in the United Kingdom.

Data collected so far suggests a low prevalence of the variant in western Washington. However, it is likely that other cases exist and will be discovered through continued monitoring.

“We thought this variant of concern was here and now we know it’s here. It was a huge team effort by the UW Medicine Virology Lab and required development of several new rapid tests to detect and confirm it,” said Dr. Alex Greninger, assistant professor of the Clinical Virology Lab at UW Medicine.

The B.1.1.7 variant that was first identified in September emerged with a large number of mutations and has spread significantly in London and southeast England.

The variant spreads more easily and quickly between person to person.

There is no conclusive evidence that this variant causes more severe illness or increased risk of death.

The CDC has estimated this strain will become dominant in the U.S. within months.