"The isolation really is worse than the virus," said Tim Wall, whose 88-year-old mother has Alzheimer's disease. 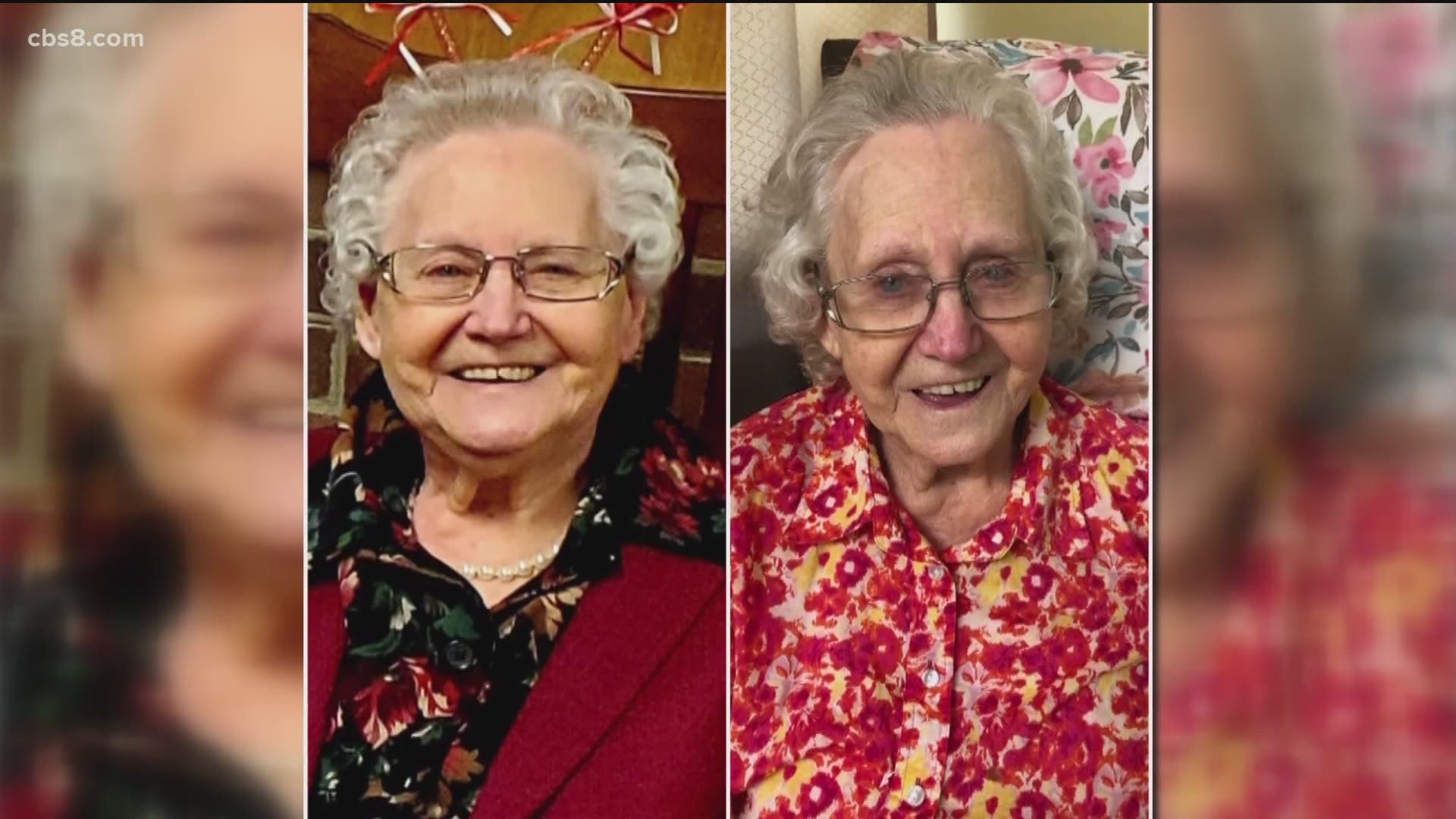 SAN DIEGO — The pandemic has forced many families to sacrifice connections with loved ones who live in nursing homes and care facilities. As we head into month five of no visitors allowed, there's growing concern over the rapid decline in health for some.

The family of 88-year-old Peggy Wall shared two photos that show the stark change in her appearance. One was taken just prior to the pandemic; the other was taken a couple of weeks ago. Peggy's battle during the pandemic is not with COVID-19. Her family said she is suffering from isolation and loneliness.

"It just feels like you're seeing them disappear before your eyes and there's nothing you can do about it," said Peggy's son, Tim Wall, who shared his concerns with New 8's sister station WFMY-TV in Greensboro, North Carolina.

He hasn't seen his mom in four months.

"The isolation really is worse than the virus," he said.

Peggy has Alzheimer's disease and is living in a nursing home in Kernersville, North Carolina.

"I know their hands are tied. They have to do what the governor has mandated, but its not a holistic approach. It's a warehouse; they're fed and watered," Tim said.

He held back tears as he talked about the precious time he has lost with his mom.

"Time is not your friend, you have to live in the moment," Tim said. "And we've lost so many moments. During this time. And just trying to figure out what more can I do."

Loved ones have said window visits just aren't the same as hugs, holding hands and face-to-face interaction. With no end in sight to the pandemic, concern from family members is growing nationwide with people pleading with nursing homes to allow them in if they test negative for COVID-19, wear PPE, or do whatever is asked to be able to be physically present.

One family member explained her perspective:  "The staff is going home to their lives at the end of their shifts each day. How is that any different than me visiting if I am adhering to the same safety guidelines?"

"For a lot of these patients it's a matter of life and death so the conversation has to be had and it has to be heard," said Priscilla Jean-Louis, whose mother has dementia.

"What you're seeing is a decline, a quick decline in the health of these family members," she said. "They're not dying from COVID, they're dying from isolation."

There's an effort to bring awareness to the concern. The White House has established a new Coronavirus Commission for Safety and Quality in Nursing Homes. Some advocacy groups plan to send suggestions there, which include allowing outdoor visits and wearing protective gear.

Jean-Louis is using her platform as a blogger to bring in mental health professionals and an organization pushing for solutions from the Federal Nursing Home Commission for COVID-19.

Meantime, if you or someone you know has Alzheimer's or dementia and are in need of resources or advice, or even a virtual friend to do a Zoom or FaceTime visit with, call Alzheimer's San Diego at 858-492-4400. The nonprofit has social workers who are available to help and all services are free.

RELATED: Wife takes job as dishwasher so she can see her husband with Alzheimer's