There has been no decision on wage cuts yet, however, the firefighters union says first responders in Tukwila are already feeling the impact as the city makes cuts. 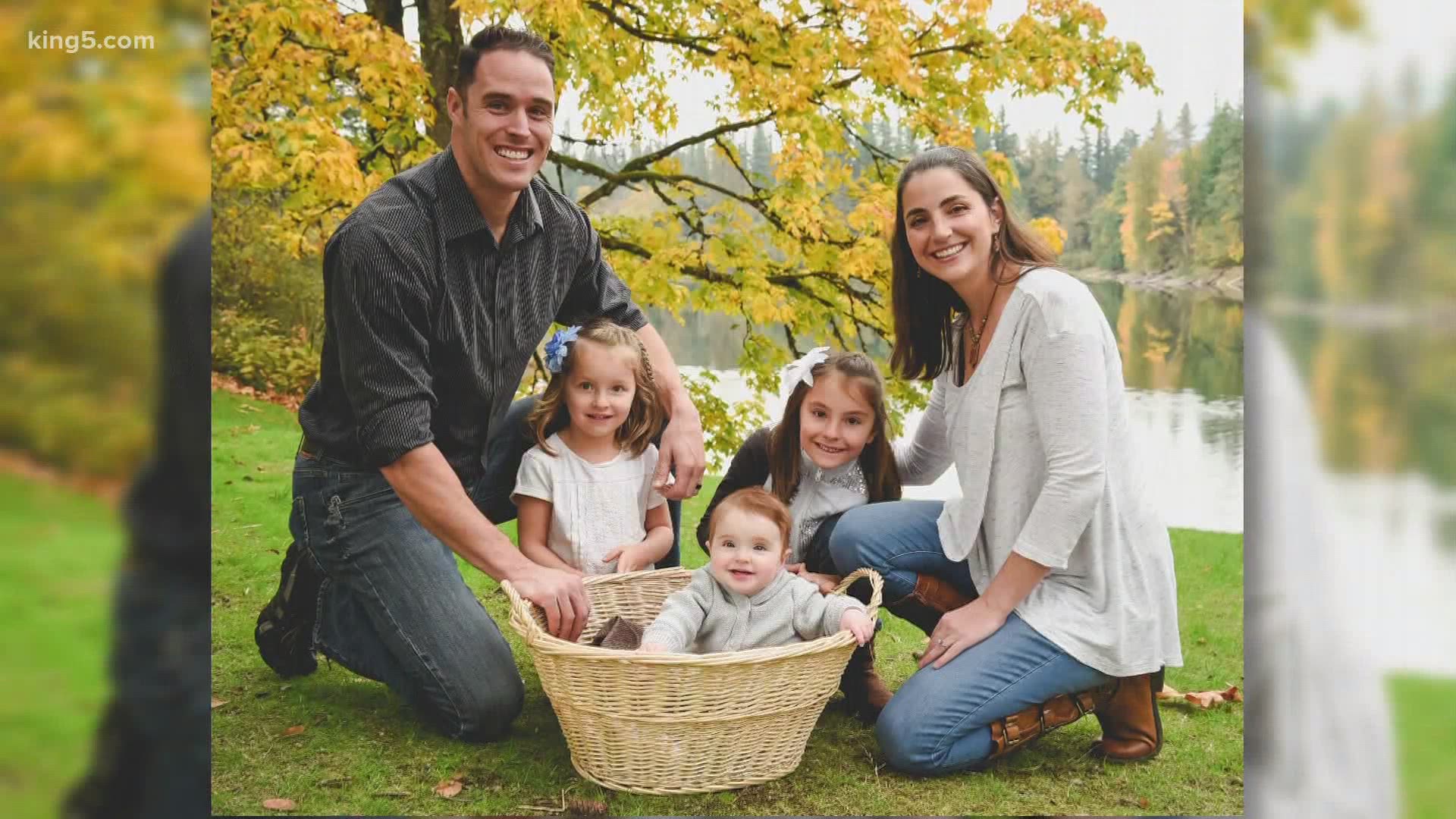 TUKWILA, Wash. — City governments are facing a difficult reality right now as the coronavirus pandemic has led to a revenue shortfall.

In Tukwila, wage cuts are being considered.

According to Rachel Bianchi, Tukwila's Deputy City Administrator, no decisions about wage reductions have been made yet. However, the firefighters union said they have already seen reduced staffing levels and they call it unacceptable.

Lois Keller knows about the stresses that have been piling up because her husband, Levi, is a Tukwila firefighter.

"They've been doing this job for years with a certain amount of staffing and now they got to figure out how to do their job in a pandemic with more asked of them, with less people," said Keller.

"My husband still goes to work so we're still on that same schedule. I'm still at home with the kids," she added.

What is different is spelled out in a five-page memo. The city's projections show Tukwila's cumulative impact of lost revenue between March and June is more than $6 million.

"They already were told that there will be no overtime," said Keller.

"They were at least talking about doing a 10% wage cut across the board for all employees. I find it to be a terrible decision by the city officials in the City of Tukwila," said Ricky Walsh, the 7th District Vice President of International Association of Firefighters.

Dawn Judkins, President of Tukwila Firefighters Local 2088, released a statement on Monday that said in part:

"Today, E52, normally staﬀed with 3 ﬁreﬁghters, at 5900 S 147th Street in Tukwila is OUT OF SERVICE. Due to reduced staﬃng levels, an aid vehicle is in its place, staﬀed with only 2 ﬁreﬁghters. The City of Tukwila and the Fire Chief have chosen to reduce staﬃng today and the impact will be felt by the residents of Tukwila. This will also have an impact to the surrounding jurisdictions, as ﬁre engines from neighboring cities will need to assist us with large events and multiple concurrent medical and ﬁre calls.

In the past, Tukwila Fireﬁghters Local 2088 has collaboratively negotiated our collective bargaining agreement with the City of Tukwila. WE have respected and abided by the terms of our contract as well as the department policies, such as a staﬃng policy which identiﬁes our staﬃng level minimum at 13 ﬁreﬁghters. Today the Fire Chief reduced the Tukwila Fire Department staﬃng to 12 ﬁreﬁghters and is willing to reduce as low as 10 ﬁreﬁghters per an email to the Battalion Chiefs on April 5, 2020.

This unilateral change is UNACCEPTABLE!"

In an April 3 email, Bianchi wrote, "we have initiated conversations with our labor partners regarding potential actions the City may need to take to mitigate the effects of lost revenues associated with the coronavirus pandemic."

In regards to the firefighters working during this pandemic, Keller said, "I feel they're making a huge sacrifice. And we shouldn't be asking more of them and their families without the support that they need to do their jobs, especially with staffing."

Others cities say they are closely looking at their budgets too.

In regards to the potential of wage reductions, Burien city spokesperson Emily Inlow-Hood said in an email, "we are conducting analysis of our revenues and expenditures right now, but at this moment, there hasn’t been any decision made"

In Everett, coronavirus is hitting the city's economy hard, according to spokesperson Kimberly Cline.

"The City is currently evaluating the steps it needs to take, and recently eliminated three positions on its leadership team. Last month, our City Council approved an emergency ordinance establishing a voluntary separation incentive program; the deadline for employees to apply is April 15. After that the City will assess what additional fiscal actions may be necessary," said Cline.

In Seattle, a majority of the city's workforce is telecommuting.

"The City has not made any wage reductions or furloughs for City employees who are impacted by COVID-19. Mayor Durkan is committed to ensuring our workforce’s needs are met during this unprecedented moment in history," said city spokesperson Kelsey Nyland. "We expect that every single City employee’s job looks completely different than it did one month ago. Some City employees have been reassigned to help perform functions critical to advancing the health and safety of our communities most at risk, including staffing shelters for our neighbors experiencing homelessness, collecting personal protective equipment for our first responders, and helping our small businesses access much-needed relief."