The Army’s 3rd U.S. Infantry Regiment, more commonly known as the Old Guard, continues to watch over the Tomb 24/7. 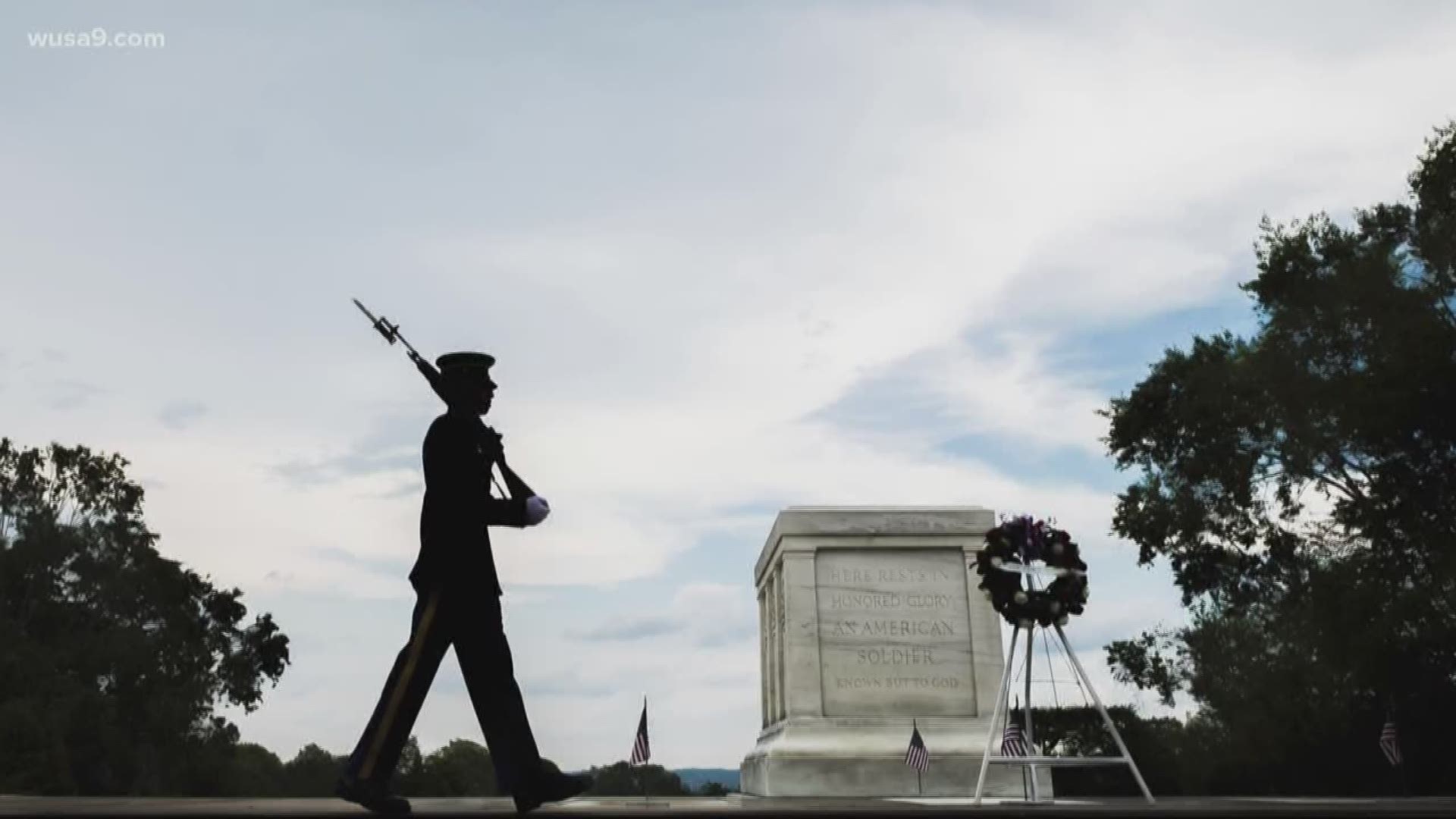 ARLINGTON, Va. — There is a sacred duty not even a pandemic can stop: a rite of continuity still carried out in Arlington National Cemetery even as much of the country shuts down.

The sentinels who guard the Tomb of the Unknown Soldier recently marked more than 30,000 days of constant watch over the remains of unidentified U.S. service members — a streak persisting through the pandemic.

“For us, it doesn't matter if it's a hurricane, or if it's the coronavirus.” said Cpt. Harold Earls in an interview. “We are always here, we are always guarding.”

The Army’s 3rd U.S. Infantry Regiment, more commonly known as the Old Guard, continues to watch over the Tomb 24/7.

Arlington National Cemetery is now closed to visiting members of the public, aside from military funerals. The sentinels themselves live in the barracks, partially underneath the Tomb plaza.

But silence is how it should be, and the sentinels have said in this unusual chapter, they are drawn closer to the souls they’ve sworn to protect.

“When we feel closest to the unknowns, it's when no one's here,” Earls said. “For us, that's when it's very personal. I feel like after serving here after a certain amount of time, you honestly feel like you have a connection to our nation's past.”

The rituals are still performed as if an audience is standing before the marble Tomb. Each step carried out much as the first sentinels began on July 1, 1937.

“I think it's important for us to show to this country that we haven't forgotten,” Earls continued. “That we will never forget the sacrifices that these soldiers made. That the missing in actions, the unknown made.”

RELATED: Coronavirus: Here are the symptoms